The police arrive in the early hours of the morning: the Bahrain-Victorious team is rudely woken up one day before the start of the Tour de France. 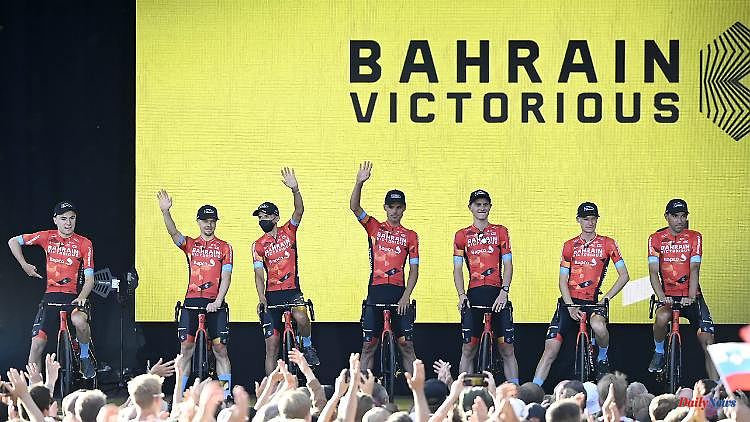 The police arrive in the early hours of the morning: the Bahrain-Victorious team is rudely woken up one day before the start of the Tour de France. Officials search the hotel in Copenhagen. It's once again about a doping suspicion.

Raid before the start of the Tour de France: The hotel of the Bahrain-Victorious team was searched by Danish officers around 5.30 a.m. in the morning. The police in Copenhagen acted on behalf of the French public prosecutor's office, which has been investigating suspected doping against the team since the 2021 tour.

During the two-hour investigation, all of the team's vehicles, as well as the rooms of the staff and drivers, were searched early in the morning. The team said no items were confiscated. All the officials' requests had been complied with, and there would be no further comment on this subject.

The homes of several team members in various countries had already been searched on Monday. Bahrain then declared that the investigations, which had been going on for almost a year, "had not produced any results". The timing of this investigation aims to "deliberately damage the team's reputation." In addition, the team criticized not being informed about the progress and the results of the investigations and not receiving any feedback about it. "Bahrain-Victorious has repeatedly requested access to the files or the status of the investigation, but to no avail," the statement said.

There was already a raid on the team hotel in Pau during the 2021 tour. As the Marseille public prosecutor announced at the time, a preliminary investigation had been launched into the possible "acquisition, transport, possession and importation of a prohibited substance or method for use by an athlete without medical justification".

In October it was leaked that traces of tizanidine, a powerful muscle relaxant used to treat multiple sclerosis, had been found in the hair analyzes of several drivers. Tizanidine is not on the Prohibited Substances List. The identities of the drivers have not been released. The team denied being informed of the investigation.

A day after the raid in Pau, Slovenia's Matej Mohoric won the 19th stage to Libourne. When he crossed the finish line, he held his index finger in front of his mouth in a "gesture of silence" - an action that was very reminiscent of Lance Armstrong. Mohoric is in the Bahrain-Victorious squad again this year. 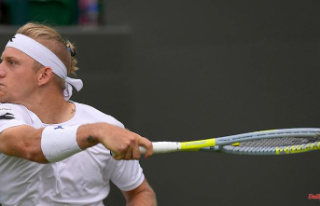