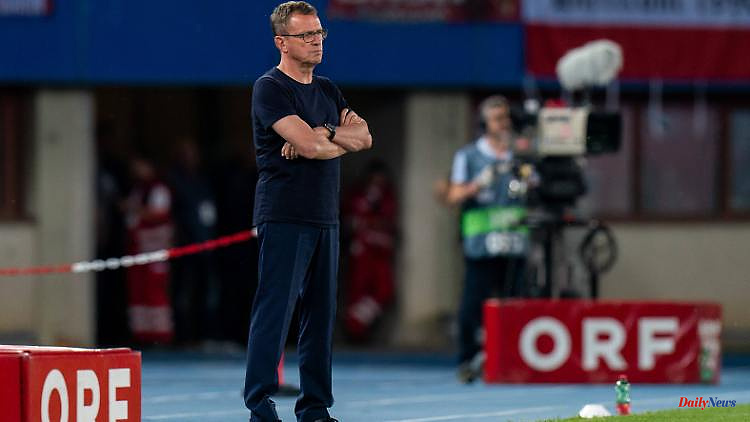 On his home game debut with Austria's national soccer team, coach Rangnick suffered an unfortunate defeat against Denmark. Due to the lack of floodlights, the game will only kick off 90 minutes later than planned, and the fans will keep their cell phone flashlights on until then.

A double blackout for Austria's new national soccer coach Ralf Rangnick and again no Nations League victory for world champion France: Austria had to draw 1: 2 (0: 1)-Acknowledge bankruptcy, while the French in Croatia did not get more than 1: 1 (0: 0) against vice world champions Croatia.

In Vienna, after the power supply was restored in the Ernst Happel Stadium, only the Danish guests really saw the light. After the 3-2 win against France, the ex-European champions won again with goals from former Bundesliga pros Pierre-Emil Höjbjerg (28th) and Jens Stryger Larsen (84th). For Rangnick's team, who celebrated a 3-0 win in Croatia last Friday, the equalizer provided by Wolfsburg's Bundesliga player Xaver Schlager (67') wasn't enough.

For France, Adrien Rabiot from Italian record champions Juventus Turin scored in the 52nd minute in a repeat of the 2018 World Cup final. Andrej Kramaric from Bundesliga side TSG Hoffenheim equalized with a penalty kick (83.) "Of course I'm not satisfied with this result. We were in the lead and had the chance to score a second goal," said France's head coach Didier Deschamps, who surprisingly relied on his top striker Karim Benzema and Kylian Mbappe waived. Instead, Leipzig's Christopher Nkunku was in the starting lineup, but his goal in the first half was disallowed for being offside.

At this point the players from Austria and Denmark were warming up for a second time. Shortly after 8 p.m., the lights went out in large parts of the 2nd district of Vienna in the truest sense of the word. Around 1,500 households were affected by the blackout, and nothing worked in the famous Vienna Prater for more than an hour. "We are sorry for this delay. Everything was prepared on time for a football festival," said Bernhard Neuhold, the association's managing director.

The viewers bridged the involuntary forced break with songs and several La Ola waves via mobile phone light. When the floodlights stabilized again, loud cheers erupted. A possible postponement of the game was thus off the table. The Nations League continues on Tuesday with six more encounters, including the classic between Germany and England in Munich. 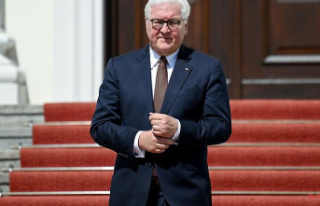