Barça will soon send an offer to FCB: chewing gum saga about Lewandowski before the showdown

FC Barcelona still have two weeks to solve Robert Lewandowski in the direction of Camp Nou without further escalation. 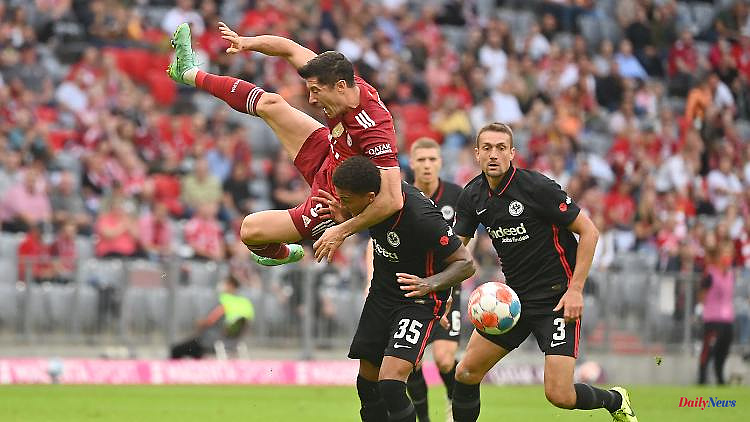 FC Barcelona still have two weeks to solve Robert Lewandowski in the direction of Camp Nou without further escalation. Otherwise, the Pole would be expected back at Bayern Munich on July 12. A strike drama is imminent. This is one of the reasons why there is now movement in the hottest transfer of the summer.

FC Barcelona are still hoping for Robert Lewandowski and are therefore busy preparing offers for the captain of the Polish national team. Two weeks remain to avoid the big escalation. But it is still more than unclear whether the numbers that are now being distributed will be enough. Bayern Munich is now said to be asking insane sums for the most successful Bundesliga striker since Gerd Müller.

The Catalans are currently willing to pay up to 45 million euros, only five million less than FC Bayern Munich's original demand. According to information from Sport 1, the offer will be received soon. According to reports from Spain, it should be the final offer for the superstar. Breathless excitement!

Also because, as reported by "Diario Sport", Bayern Munich has again tightened the price screw and therefore no longer just wants 50 million euros, but rather an insane 75 million euros for the 33-year-old, who is in his last year of contract with Bayern . Other media report 60 million euros. This damn inflation, you will think in Barcelona. In the end, Lewandowski doesn't care if the clubs just agree. At Barça he should earn twelve million euros net per season over the next two years and if things go well, the contract should be extended by another year.

So many numbers, so little concrete information. What we do know: Barcelona's first offer was €32m, then the second was €35m. The third is now 40 million euros plus up to five million more as performance-related bonus payments.

The transfer saga will keep us all busy for a while, but it should come to an end on June 12, 2022. Why then? That is the date for Lewandowski's return to Säbener Straße. Like the other Bayern internationals, the Pole is still on vacation until then and it is currently difficult to imagine that the situation will escalate on that day. Numerous scenarios have been discussed. Even a strike was discussed.

However, the latest statements by Bayern boss Oliver Kahn also suggest that this will not happen. As part of the championship celebrations in May, he put a clear “Basta” bar to a possible change, but significantly restricted this positioning on the presentation of Sadio Mané. "As far as Robert is concerned, not much has changed," Kahn said and then spoke the crucial words: "We are not – at the moment – ​​dealing with offers for him." A huge limitation.

For FC Bayern, it's also about bringing stability to the squad and the plans of coach Julian Nagelsmann early on for the new season. Does he act, as he did in Leipzig times, mostly without a central striker and lets his offensive line whirl like that or would he insist on a new man in the middle? Who could that be and would he even want to come to Bayern? Young Canadian Jonathan David from OSC Lille and still a little Sasa Kalajdzic from Stuttgart are under discussion.

Questions, questions, questions! And in the background, Borussia Dortmund is preparing an attack on the eternal champion. They will want to avoid unrest on Säbener Straße, which drags on into the start of the season.

Of course, the latest news from Barcelona is just right. Not only do the Catalans want to prepare an offer and it could arrive in Munich any minute, but the financial opportunities are also being created around the Camp Nou Spotify. After the sale of the future at the general meeting last week - around 700 million are to be redeemed, as you can read here again - the squad is now also being restructured.

According to media reports, Dutch international Frenkie de Jong is about to move to Manchester United. That could bring Barcelona around 80 million euros. Although both clubs are still negotiating, the change is said to have been completed by the time the English Premier League club begins their Asian tour on July 8th.

But now we are all waiting for the new offer for Robert Lewandowski. And that Kahn turns "not at the moment" into "at the moment". Let the negotiations finally begin! Deal done, this summer? Until then, it will remain tough as chewing gum.

1 Record starting field in Wittlich: Rallye ADAC Mittelrhein... 2 Incident on vacation: campers insult Drosten as a... 3 Places cut off from the outside world: storms wreak... 4 Abortion verdict discussed: Meghan: Prince Harry is... 5 Group chats make them "crazy": Lena Meyer-Landrut... 6 "God save me": Travis Barker is in the hospital 7 Consumption in apartment buildings: Influence on overhead... 8 Aldi, Lidl, Netto, Penny ...: These are the deceptive... 9 Judgment on sole claim: What will happen to the marriage... 10 100 euros in July: when is the child bonus on the... 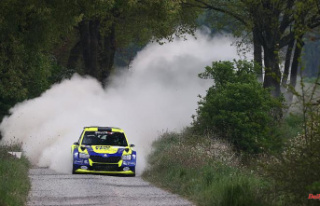