Bayern spectacle in a quick check: who was this Robert Lewandowski again?

FC Bayern sent a show of force to the rest of the league right at the start of the Bundesliga season. 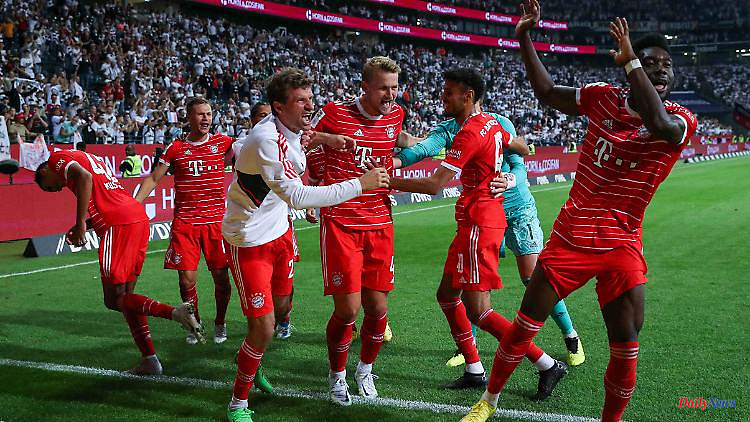 FC Bayern sent a show of force to the rest of the league right at the start of the Bundesliga season. The sign to the competition is: Lewandowski is gone - so what? The Munich offensive, the "fastest in Europe", is so dangerous that not only Frankfurt is afraid.

FC Bayern sent a show of force to the rest of the league right at the start of the Bundesliga season. The sign to the competition is: Lewandowski is gone - so what? The Munich offensive, the "fastest in Europe", is so dangerous that not only Frankfurt is afraid.

How good is this new FC Bayern really? Was the transfer summer, in which Munich spent countless euros on new players - including megastar Sadio Mané from Liverpool FC - really a great success? And how does the record champion deal with the departure of record scorer Robert Lewandowski? These were the questions that were on the minds of football in Germany before the start of the 60th Bundesliga season.

The Bayern bosses may not have liked the fact that the first real test of strength had to take place at Europa League winners Frankfurt of all places. Eintracht was very strong in the preparation and put on a very convincing performance in the cup. Particularly striking: ex-Bayern star and new signing from PSV Eindhoven, Mario Götze.

The Eintracht fans therefore really raised the alarm before the game and eagerly lit the block. They also knew: Since the beginning of the 2019/20 season, the Hessians have won three Bundesliga games against FC Bayern - no team has managed more. In general, no other team in German professional football has won more home games against the record champions than SGE (23).

So was there something for the European Cup winners? The short, hard answer is no. Definitely not. Not even close. The 6:1 (5:0) was not just a victory for FC Bayern. It was a disassembly. An embarrassment for Eintracht, who were already 0: 5 behind after 45 minutes. And a demonstration of power by the permanent champion. A sign to the competition à la: And you thought we couldn't cope with Lewandowski's departure?

"The offensive with Serge Gnabry, Kingsley Coman, Sadio Mané, Leroy Sané and Jamal Musiala is the fastest in Europe," said Karl-Heinz Rummenigge on Thursday. The Bayern gala showed that the former CEO of Munich could well be right. Bayern overran Frankfurt with all the rules of footballing art. The win could have been even bigger. The rest of the league may tremble again.

3. Minute: Bayern start with a powerful pace and show who is the master of the house.

The dream start for Bayern with a Bayern trick: In the half-right position 25 meters in front of the goal, everyone expects a cross, but Kimmich just chases the ball right past the wall flat into the short corner. Trapp does not look good, takes a long time, but without success. Did the Frankfurt fans' pyro show affect their own goalkeeper?

Another standard! After a corner from the right, the Hessians didn't get the ball cleared and after Müller was initially blocked, the ball lands on Pavard. The Frenchman has far too much space eight meters in front of goal and slams the ball into the left corner.

24 minutes: Mega counterattack by FC Bayern via Mané, Gnabry and Müller, who somehow manages not to put the ball in the open goal and instead stumbles against the post.

The debut goal in the first game for the new signing: Bayern Munich win the ball in midfield, Kimmich sends Gnabry into the penalty area on the left, who lobs Mané’s run and the new signing hits the ball from nine meters to 0 :3.

What. Is. Then. Here. Come on? Bayern take Frankfurt completely apart. Mané gets the ball 40 meters from the goal and simply shakes Tuta off. In the penalty area, he passes the ball to the right into Müller's run, who then only has to cross in front of Trapp and Musiala pushes in without any effort.

It gets even worse for Eintracht: Mané brings the ball to Müller again. The veteran shifts quickly and, while lying down, pushes the leather into Gnabry's barrel, which is on the right and away. Gnabry then lobs the ball over the falling Trapp.

56 minutes: Goal for Eintracht, but not with the VAR: Götze sharpens the ball again after a cleared corner and Jakić somehow pushes the ball past Neuer from close range, but was previously offside. The VAR takes the hit back.

Mistakes by Neuer: The Bayern goalkeeper is once again outside his penalty area and is passed there by Hernández. Neuer actually has time and space, but somehow fritters away the ball and is then interrupted by Kolo Muani, who then slides into the empty goal from 18 meters.

70 minutes: There was more in it! Götze also sends Knauff on the right, but his shot fizzles out on the side netting.

74 minutes: Munich's first goal and with it almost 6: 1! Kimmich's through ball lands in the foot of Mané, who curves around Trapp on the right pentagon, but then cannot push in because Trapp dives back and parries.

The Bavarians do one more thing! Mané lays it in front of the penalty area to Sané, who plays a very strong pass into Musiala's run with the first contact. The youngster remains stable ten meters in front of the goal against two Frankfurters and then pokes the ball past the rushing Trapp with his left.

First of all, this incredibly lively, goal-oriented and dangerous 19-year-old named Jamal Musiala. After a gala in the cup, the offensive artist showed the next very strong show, which should also have made national coach Hansi Flick very happy in the stadium with a view to the World Cup in Qatar. Not only his two goals were impressive, Musiala didn't let himself be disturbed even in the smallest of spaces and always had the upper hand. Compared to last season, the youngster has made another huge leap. "I don't know if he was on the magic potion with Obelix," commentator Sandro Wagner speculated about Musiala's summer break at DAZN.

In any case, the entire Bayern offensive caught a cream day. Fluid and incredibly quick on their feet, Musiala, Mané, Gnabry, Müller and later also Sané made Lewandowski forget, at least for the start of the Bundesliga. Their unbelievable pace and strong counterattack were always too much for Eintracht. Often running in a row, one of the offensive players suddenly launched vertically at lightning speed, which almost always led to a dangerous conclusion.

Hungry against the ball, in the offensive third as well as in midfield, Bayern were completely superior to Frankfurt. With a deep, but very fast and straightforward build-up game, they overturned the otherwise so compact Glasner squad. Five different goalscorers: who needs a Lewandowski? Well, the important games, especially the Champions League, are yet to come.

Frankfurt's defensive is the first half. Especially after standards, the whole team behaved clumsily. Again and again she accompanied her opponent in awe. There was almost no close coverage, even on the second ball. The 50:50 balls all landed at Bayern. Two early goals completely ruined Frankfurt's plan, but letting yourself be thrown off course again and again in the build-up game shouldn't happen.

After all: Frankfurt didn't give up in the second half, which of course also had to do with the Munich team, who downshifted at least two gears. Eintracht was lower, played with a 5 instead of 3 chain and ran more aggressively against the ball.

Also bad: The news for the rest of the league. Who should stop this Bayern?

Julian Nagelsmann: "The energy you can feel is outstanding. The first half was outstanding and good to watch."

Joshua Kimmich: "One point of criticism, as always, is that we didn't manage to keep a clean sheet again." 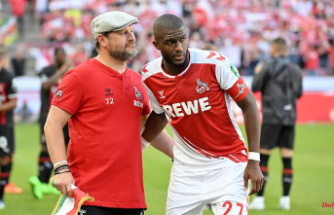 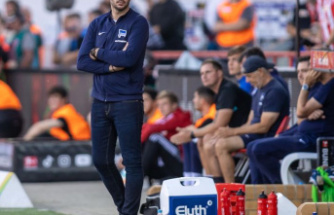 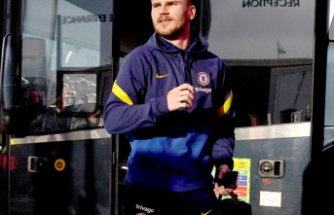 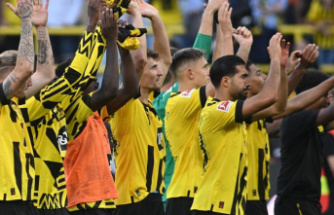 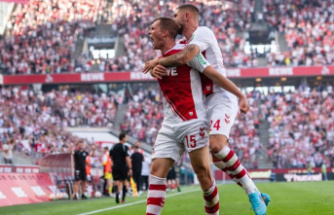 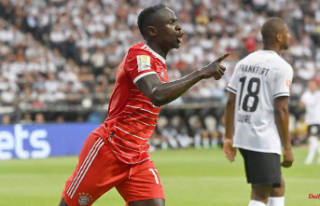