Rune Jarstein has been playing for Hertha BSC for eight years, now the former number one in the goal of the Bundesliga soccer team in Berlin is coming to an ugly end: The Norwegian and his club will meet in court. 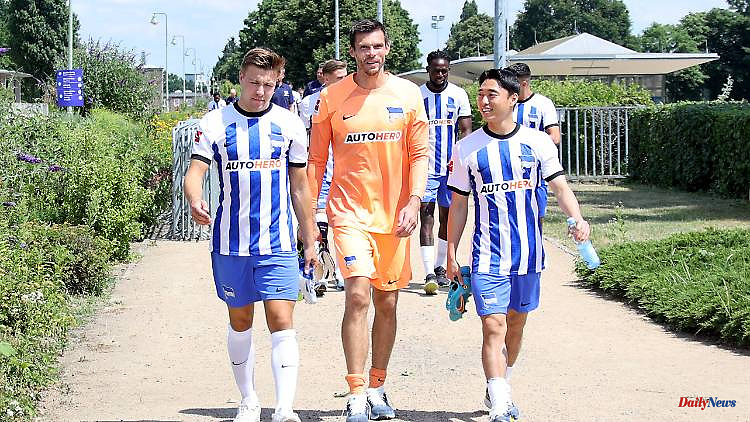 Rune Jarstein has been playing for Hertha BSC for eight years, now the former number one in the goal of the Bundesliga soccer team in Berlin is coming to an ugly end: The Norwegian and his club will meet in court.

Goalkeeper Rune Jarstein has sued Hertha BSC because of his dismissal as a result of a heated dispute with goalkeeping coach Andreas Menger. "I can confirm that there is a procedure by Mr. Jarstein against the termination of his employment and that on November 1, 2022 at 12.45 p.m. a conciliation hearing will take place before the Berlin Labor Court - as things currently stand -" said Klaus Mittelstädt, spokesman for the Berlin Regional Labor Court , the "Bild" newspaper.

Hertha managing director Fredi Bobic told the newspaper: "We have separated under labor law while observing a social grace period. Rune Jarstein is defending himself against this in court." It is not known what words Jarstein addressed to his goalkeeping coach. The Norwegian, who switched to the capital club in 2014, was suspended by the club after the dispute with Menger. "Something happened that is not on the agenda. It was a bit more intense. We had a conversation on Friday. After the conversation we took Rune out of the squad for the reasons of what the conversation was like and how it went is," said Bobic in a first reaction.

A few days later, Bobic declared that the club was seeking to terminate Jarstein's contract. "We've calmed down a bit now, we're talking like reasonable people and we want to try to make it clean in the end," Bobic said at the time, and also emphasized: "The form, the way and also the language wasn't okay in that situation."

It's a shame because it hits a person who has been here for a long time and it doesn't leave you unscathed," said Bobic. Jarstein played his last Bundesliga game in March 2021 in a 3-0 win against Bayer Leverkusen. He returned shortly afterwards returned from an international match with a severe corona infection and had to be treated in hospital for a myocarditis.Later, a knee injury threw him back again.This summer he celebrated his comeback in the Hertha goal in a friendly at SV Babelsberg 03.

1 Lignite power plant blocked: Climate activists paralyze... 2 All eyes on the great-grandchildren: George and Charlotte... 3 Family funeral: The Queen's coffin has arrived... 4 Baden-Württemberg: Man is said to have stabbed 41-year-olds 5 Baden-Württemberg: Four hours of power failure in... 6 Baden-Württemberg: Kretschmann: Rothaus brewery should... 7 Bavaria: Raccoon freed from the car after an accident 8 Saxony-Anhalt: Group in Magdeburg shows the Hitler... 9 Bavaria: 60-year-old dies after a heart attack at... 10 Mecklenburg-Western Pomerania: dispute over relief:... 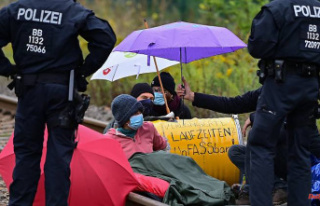