Beckenbauer's last game: saying goodbye "is like dying for me" 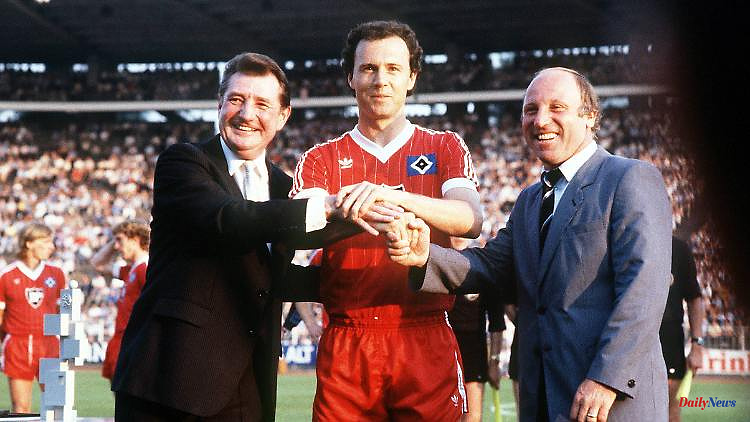 Forty years ago, Franz Beckenbauer played his last Bundesliga game for Hamburger SV. Saying farewell to the legendary player of the century becomes an emotional journey into the past. An ending that makes way for new triumphs.

"For me, the idea of ​​it is like dying. Worse still: you are dead and have to live on as a stranger, as someone else. When I think of my farewell, I am afraid of the emptiness." When Franz Beckenbauer said these words, he had just turned 26 years old. He was already the "Kaiser" and the hero of German football - but the big titles with the national team and FC Bayern Munich were still just around the corner. When he left the field ten years later, on May 29, 1982, in the 3-3 win over Karlsruher SC after 41 minutes for his young teammate at Hamburger SV, Thomas von Heesen, he had finally matured into a superstar of international football - and already knew exactly how things should continue for him after his departure: "I'll definitely remain connected to football. And there's enough else for me to do." A thoroughly wise forecast of his future life.

Two years earlier, Beckenbauer had returned to the Bundesliga after his adventure at Cosmos New York. He was supposed to play for Hamburger SV - but one of them was not at all enthusiastic about this plan at the time. The traditional reaction of Beckenbauer's manager Robert Schwan when the ex-national player announced that he would like to return to Germany was: "Franz, you're crazy!" But the fans were happy. During the first training session, Beckenbauer was greeted by 5,000 kibitzers. And fellow player Manni Kaltz was deeply impressed by the crowd of fence watchers: "Otherwise they always go to Hagenbeck at this time!" But now it was time to watch "Kaiser" instead of visiting the zoo.

But of course, Beckenbauer's commitment to Hamburger SV cost a lot of money. And so the HSV sponsor contributed a large part of the salary. In return, Beckenbauer was available for youth campaigns for up to eight days a month. That sucked - and he hadn't expected it that way. After all, he actually wanted to concentrate completely on sports again in the USA after the intensive years - especially off the pitch. But nothing came of it. On the contrary, public pressure became more and more intense - until Beckenbauer even opened up to journalists and told of his (nightmare) dreams: "I'm lying in bed, I see an infinitely deep surface of water in front of me and while I'm jumping from one saving stone to the next, I follow it me snakes." One of the rare insights into the inner life of Franz Beckenbauer, which not only allows us to look deeply, but also stood in contrast to his otherwise so authentically lived lightness of being.

Two quotes after his debut, which he celebrated in the 3-2 defeat in Stuttgart on the 14th day of the 1980/81 season, illustrate exactly how the media hype and the interest of the people looked at that time. The Reuters news agency ticked at the time: "The day the Pope came to Germany, the Kaiser returned to the Bundesliga!" And Beckenbauer himself said after his first game: "When I heard the whistle, I knew I was at home." Today's generation can no longer even begin to imagine the importance of the honorary captain of the national team in the media in these times in Germany. At that time there was even a kind of "miracle healer" story that was told about Franz Beckenbauer. For example, one day the father of Beckenbauer's partner at the time, Diane Sandmann, is said to have been in the hospital. Next to him was a bed with a coma patient in it. The following scene has been handed down: Beckenbauer is just speaking the first few words with Diane's father when the coma patient suddenly wakes up in the bed next door, straightens up and says: "Kiss my ass, Beckenbauer!"

The "Kaiser" - plagued by many injuries - was only to be used in 28 games for Hamburger SV. Overall, he appeared in 424 Bundesliga games for Bayern and HSV and scored a total of 44 goals. He was "glad that it will all be over soon", he had dictated to the journalists before his last game, because "physically" he "feels quite fit overall", but he was "tired in the head". At the time, no one suspected that he would return to Cosmos for a season in early 1983. First of all, the "Kaiser" said "Servus" three days after his last encounter in the Bundesliga with a farewell game between HSV and the German national team. For him, with this last game "a dream comes true, like young girls often have from a white wedding," announced Beckenbauer, without even remotely guessing that football would have many happy (fairy tale) hours in the years that followed should have ready for him.

1 Crushing ice hockey defeat: Czech Republic humiliates... 2 Just in time for the throne jubilee: Harry and William... 3 Bavaria: Drunk cyclists were seriously injured in... 4 Mecklenburg-Western Pomerania: accident with several... 5 North Rhine-Westphalia: "Jurassic World"... 6 "Will fight and win": Explosions after Selenskyj's... 7 Relationship with Kevin von Anhalt: Luna Schweiger... 8 Three steps: to harmonious coexistence with the neighbors 9 Israelis in the service of Ukraine: fighting in foreign... 10 Round of 16 victory at the French Open: Zverev wins... 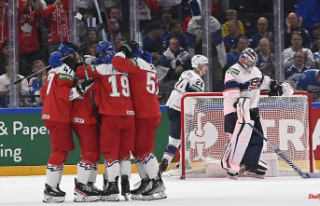