Before a foolish duel with the DFB team: Legend Krankl conjures up a second "Cordoba"

Austria's football idol Hans Krankl recalls the legendary triumph at the 1978 World Cup against Germany before the neighborhood duel in the quarter-finals of the European Championship for women. 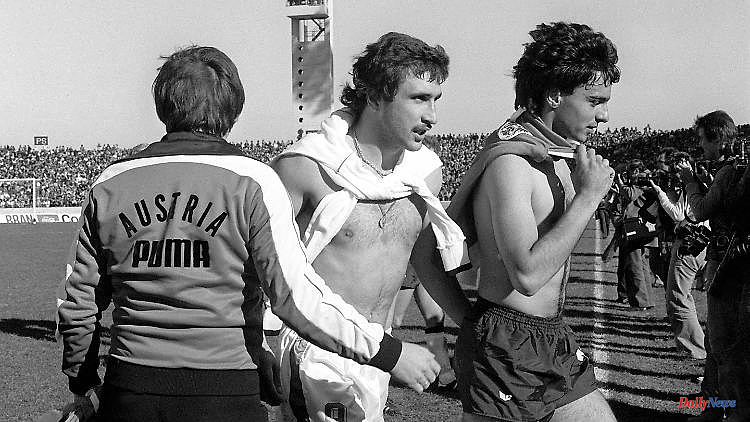 Austria's football idol Hans Krankl recalls the legendary triumph at the 1978 World Cup against Germany before the neighborhood duel in the quarter-finals of the European Championship for women. Now the women in Brentford have the chance to make history. "The whole of Austria is rooting for them."

Hans Krankl is completely crazy. "I'll keep my fingers crossed in front of the TV and then hopefully cheer like Edi Finger," the Austrian football idol promised the Alpen-Kickerinnen his full support for the explosive EM duel against Germany: "I'm confident that Brentford will be our second Cordoba I believe in our ladies - we win 3-2." Cordoba stays forever. "Córdoba belongs to Austria like the Schnitzel, the Kaiserschmarrn, the Riding School or the Salzburg Festival, said Krankl at "oe24.at".

Krankl, Cordoba, 3: 2, fingers – you don’t need more keywords to get the whole of Austria hot for the quarter-finals against the big neighbors on Thursday in Brentford (9 p.m. in the ntv.de live ticker). After all, the media doesn't skimp on memories of the men's victory over Germany at the 1978 World Cup in Argentina, the two Krankl goals and the legendary "I were narrisch" from radio reporter Finger.

And when Krankl has its way, the Germans will experience another disgrace. "The women have the great opportunity to write history, to imitate us. The whole of Austria is rooting for them. The starting position is similar to ours in 1978. Germany is the favourite, we are outsiders. In the subconscious, the big sister will underestimate the little one again - this is our big chance." The players who are preparing for the knockout game in idyllically situated Pennyhill Park, around 40 kilometers southwest of London, also believe in their chance. The mood during the training sessions is great, there is a lot of laughter, everyone involved in the 2017 semi-finalists is deliberately relaxed.

"It's a bit David versus Goliath. We want to be confident and try to annoy them - and continue our run at this tournament," midfielder Sarah Zadrazil told SID: "I can't promise anything yet, but we should really create a surprise , then another party is on the agenda." There would certainly also be a little malice towards the German club colleagues. After all, in addition to Zadrazil (Bayern Munich), twelve other players from team boss Irene Fuhrmann's squad are under contract with Bundesliga clubs. For national coach Martina Voss-Tecklenburg it is therefore also a "statement" for the German elite class that Austria "deservedly" made it into the quarter-finals.

"I like them all very much. I'm so happy that things went so well for them," said Zadrazil, referring to the good friends in the German selection: "But things don't have to go so well in the next game. For the 90 minutes are full throttle - and then you fight against them." Carina Wenninger sees it that way too. "We know so many players from daily training - whether it's in Frankfurt or Munich. Not much is given for free," said the defender, who will be loaned to AS Roma by Bayern for next season: "We have enough opportunities and enough potential to annoy Germany. We have our plan."

And when it comes up, it's not just Krankl who goes crazy. 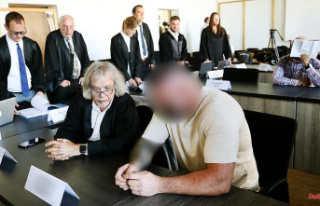