Before World Cup: Is this our World Cup jersey for Qatar? Rapper Pajel wears unknown DFB shirt in video clip

The national players Thomas Müller and Serge Gnabry in a good mood to sing along, a well-known rapper - and previously unknown DFB jerseys. 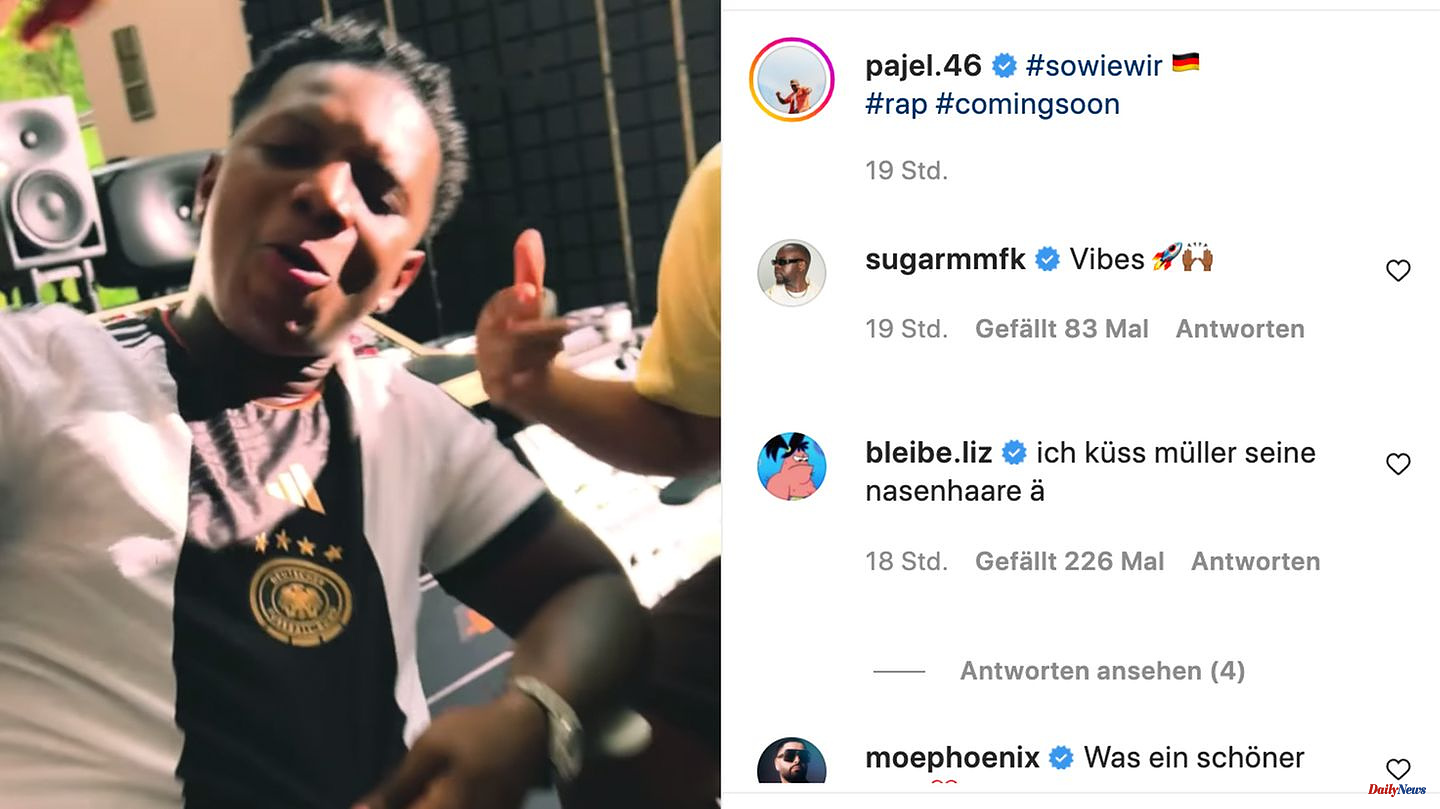 The national players Thomas Müller and Serge Gnabry in a good mood to sing along, a well-known rapper - and previously unknown DFB jerseys. A short video snippet on Instagram may have given German football fans a taste of Hansi Flick's DFB team's workwear during the World Cup in Qatar.

The musician Pajel, who published the video via his official Instagram account, is himself wearing one of the white jerseys with a very wide black vertical stripe. The DFB logo with the four world champion stars can be seen below the Adidas brand logo. A dark DFB jersey can also be seen in the clip.

"As a matter of principle, we do not participate in speculation. The new DFB jerseys will be presented at a given time," said Adidas spokesman Oliver Brüggen in a statement on Wednesday morning. Pajel tagged his video with the hashtags "sowiewir", which is sung as the chorus in the clip, as well as "rap" and "comingsoon" (roughly: coming soon). Müller and Gnabry don't wear jerseys, but T-shirts. 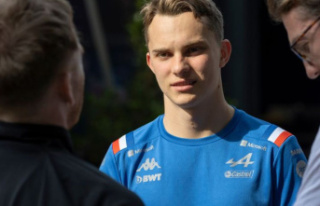