A teenager is crowned as the new King of England. 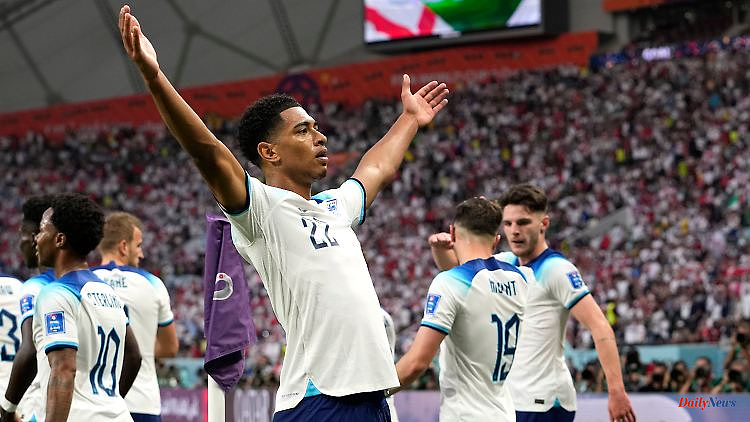 A teenager is crowned as the new King of England. At least on the soccer field. Jude Bellingham will rule the Three Lions' World Cup opener against Iran and is irreplaceable both front and back. This tournament could finally make the 19-year-old a world star - and arouse desires.

Attention, dear readers, this will be a purely sporting report from Qatar. This is quite a novelty these days, so it should be mentioned in advance. And yesterday for the first time offered wonderful football sport in Qatar. So completely without irony. A teenager is mainly responsible for this. Jude Bellingham is 19 years old. Most of the adolescents in Germany are awkwardly toting around for the carpentry apprenticeship exam, completely hungover at the university canteen or much too excited for the first date. But Bellingham is no longer just scoring goals for Borussia Dortmund - at this age he is already ruling the game of the runner-up European champions at the biggest tournament in the world.

God Save the King. That's the name of England's national anthem since the Queen passed away. Mason Mount isn't quite there yet ahead of the Iran game and delivers a faithful rendition of 'God Save the Queen'. Mount's faux pas may have had little to do with Bellingham, but this one game already shows who the true new king of England is. At least on the soccer field. The fans know about it and sing into the Beatles song "Hey Jude" in Khalifa Stadium.

The beautiful word can opener is often used in football jargon when the so-called pill doesn't want to go into the so-called box for a long time, but then a goal is scored and the team then gets into a so-called frenzy. In the 6: 2 dismantling, Bellingham managed this important kitchen utensil hit - and then it slipped at the Three Lions. The teenager has already impressed at BVB this year as a top scorer with nine goals and three assists in 22 competitive games. This time he climbs up in front of his opponent at exactly the right moment and sensitively lifts the ball into the top corner with his head. Not many can do that. Not at 19 anyway. And then at a World Cup. In the very first World Cup game. A royal debut goal for Bellingham in national dress that made him the second youngest English goalscorer at the World Cup (after Michael Owen in 1998).

"I said I want to score more goals for Dortmund and England this year," a happy youngster later told the BBC. "It's a really proud moment for me." England legend Alan Shearer doesn't know what to do with his praise after the game because Bellingham not only performed great, "but the way he talks is fantastic." Then the former striker says a sentence that BVB fans don't like to hear, although there is a lot of truth in it: "It's only a matter of time before he goes to a big club like Real Madrid or Liverpool."

Right at the beginning of the game, the young star tries to take control of the game. He demands and receives a lot of balls, calms his teammates, regulates the speed and flow of the English game. The new king plays 40 passes (the entire Iranian team has only six more at this point) in the first half, 100 percent of which come.

Bellingham gives loud commands, shows where to go. Others may score more goals and enjoy even brighter limelight, but he rules. The young star and all the top stars around him know that. Always playable, he pulls the strings in midfield in his 17th international match with impressive composure, control and class. Then, when Harry Maguire had to leave the pitch in the second half, he even took over the pitch in central defense until Eric Dier came into play.

Again and again Bellingham played clever passes from the control center or he dismantled the Iranian defense with dynamic runs. That's what happened with the beautiful 3-0. The Three Lions show all their offensive power with this goal. Bellingham can't be stopped by a foul, fuels his way through the entire midfield and just about, but still precisely, puts it on Harry Kane. The captain folds his opponent with a deception, passing hard down the middle where Raheem Sterling rushes in and scores.

The Three Lions shoot the Nations League frustration off their souls when they win, send a sign of strength to the other top teams and are in this form, if it is maintained, and with this strong Bellingham, a serious title favorite . With the star offensive around Kane, the BVB professional is one of the cornerstones for a successful England team. He gives the striker and his whirlwinds on the flanks the necessary security and backing and is becoming more important in the national team from game to game.

Jude Bellingham, I. rules the Three Lions game with an iron foot, great understanding of the game and a keen scoring instinct. His first World Cup goal will not be his last. A world career awaits the new King of England. 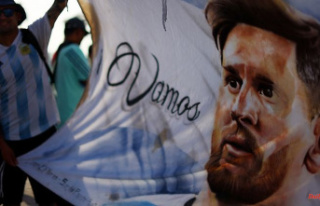