Benevenuto speaks after the outing: referee: "One would be surprised who is homosexual"

In July, the Brazilian Igor Benevenuto came out - as the first FIFA referee. 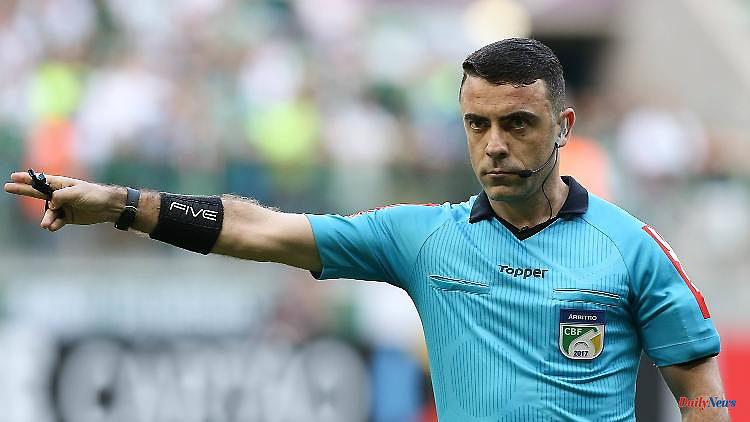 In July, the Brazilian Igor Benevenuto came out - as the first FIFA referee. Now he comes up with a surprising thesis: he believes that 30 to 40 percent of all people in the football business are homosexual or bisexual or at least have experience.

Brazilian FIFA referee Igor Benevenuto made a surprising thesis after coming out. "If we take all those involved - officials, coaches, players, referees - together, then 30 to 40 percent are homosexual, bisexual or had something with a man," said the 41-year-old to "Spiegel". "People outside of the football world are also noticing that there are clandestine gay partnerships between footballers, or marriages of convenience. You'd be surprised who is gay in this industry."

Benevenuto made his homosexuality public in a podcast six weeks ago - as the first FIFA referee. He was on the list of potential video referees for the World Cup in Qatar but was not nominated. "I believe that a World Cup also offers an opportunity for improvement. Maybe customs and rules can change," he said when asked about the World Cup in a country where same-sex partnerships are forbidden.

The 41-year-old also criticized homophobia in football and his South American home when he came out. There are still prejudices, he said now. "In Brazil, homosexuals fear being attacked not only verbally but also physically. Attitudes haven't changed yet." He illustrated it in his own life: "In Brazil, homosexuality was seen as an illness like alcoholism that you could overcome. And I believed that for years. I suffered from depression and lived through dark hours, in the evenings I prayed to God: Deliver me from it Illness."

Whether he would also advise other people to come out depends on the respective situation and the person's environment. "It shouldn't just burst out of you, then the harm could be greater than the benefit. It took me a long time to find myself," said Benevenuto. "It's a process, but once you've done it, then - to stay with football jargon - you can play freely. I wish everyone that they can free themselves. Because there is nothing worse than for others and not for yourself to live."

Benevenuto has been in the refereeing business for 24 years. Now he wants to be a pioneer, motivate others to take the same step: "It's sad, there are still prejudices. I won't see the situation change completely anymore. But I can be a drop in the ocean of change ." 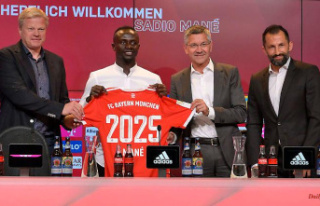 Mané is "awesome": Hoeneß raves about...