Karim Benzema is the footballer of the year - there is no doubt about that for competitor Lionel Messi. 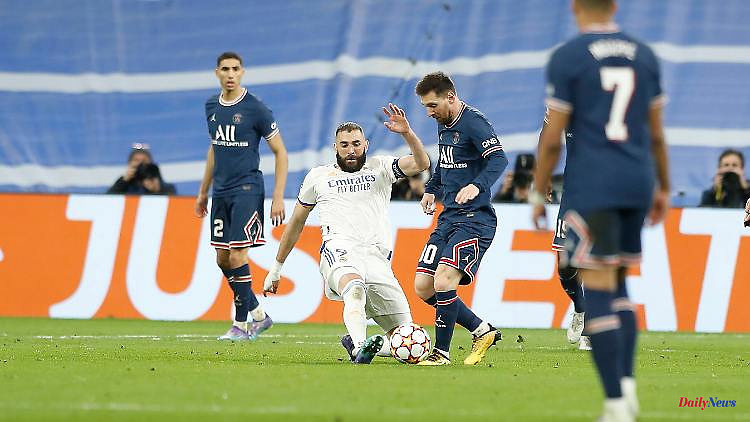 Karim Benzema is the footballer of the year - there is no doubt about that for competitor Lionel Messi. He begrudges the striker of his former arch-rivals Real Madrid the Ballon d'Or. Meanwhile, he doesn't want to worry too much about Robert Lewandowski.

Lionel Messi has a big favorite for the Ballon d'Or - and that's not himself. The winner of the football world title of the last two elections in 2021 and 2019, as well as the years 2009 to 2012 and 2015 pleads for a colleague that he already has would not actually receive preferential treatment because of the club: Karim Benzema. The striker from Real Madrid, the long-time great rival club of Messi's great love FC Barcelona.

But the Argentine ignores such thought patterns: "I think there's no doubt about that. It's very clear that Benzema had a spectacular year and ended up crowning it with the Champions League. He's been fundamental since the round of 16. I I think there is no doubt this year," the Paris St. Germain forward told Argentina's TYC Sports.

Benzema was the top scorer in both the Spanish league and the Champions League. Scored a total of 44 times in 46 appearances and added 15 goals. Also thanks to his outstanding performance, Real Madrid won both the championship and the handle pot. Although Benzema didn't score in the final against FC Barcelona, ​​he did score the crucial extra-time goals in both the quarter-finals and semi-finals. In the semifinals, Messi was eliminated with PSG against Real - also thanks to three goals from Benzema in the second leg.

With his appreciation of Benzema, Messi also makes it clear: Lewandowski should again go away empty-handed. The striker, who wants to break away from FC Bayern with all his might, has been dreaming of the title for years. He lost to Messi last year and was more than disappointed afterwards. "Deep down I felt a sadness that didn't last a day or two, but rather longer," the Pole said on the program "Moc Futbolu".

Even Messi felt sorry in December last year: "Everyone knows you were the winner last year. I think France Football should still give you the award for 2020. You deserve it and you should have it at home." The 2020 election was canceled due to the coronavirus pandemic.

"My words came from the heart at that moment because I really felt that way," Messi told TYC Sports. "I said he deserved the Ballon d'Or before because the year before I thought he was the best. But the year I won he wasn't the best. But let him see it, as he pleases," said the 34-year-old, who won the Golden Ball seven times and FIFA World Player of the Year six times.

Messi was not responsible for the fact that Lewandowski was named FIFA World Player of the Year a few weeks later. On the contrary, the Argentine had not voted for the Bayern professional. Nevertheless, the Pole won for the second time in a row and then reacted cautiously to the voting behavior of his competitor. Messi still doesn't care. "Anyone can say whatever they want. So can he, of course. I honestly don't share his opinion. He can say whatever he wants. I don't care," he told TYC Sports.

1 Criticism of GNTM is getting louder: Heidi Klum shows... 2 Israelis in the service of Ukraine: fighting in foreign... 3 Insects in the apartment: how to get rid of creepy... 4 Comparing apples and pears: BMW R 18 or rather an... 5 Vote on cooperation: will the Danes say yes to more... 6 North Rhine-Westphalia: Unemployment in NRW continues... 7 Saxony: companies are looking for apprentices: around... 8 Saxony-Anhalt: 116 punctured tires on Amazon vehicles:... 9 North Rhine-Westphalia: Völler about Carro: From... 10 North Rhine-Westphalia: Corona incidence in North... 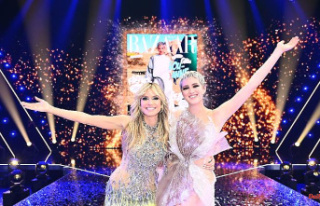 Criticism of GNTM is getting louder: Heidi Klum shows...