The match between Liverpool FC and Real Madrid also means a clash between two of the best strikers in the world at the moment: Karim Benzema and Mohamed Salah. 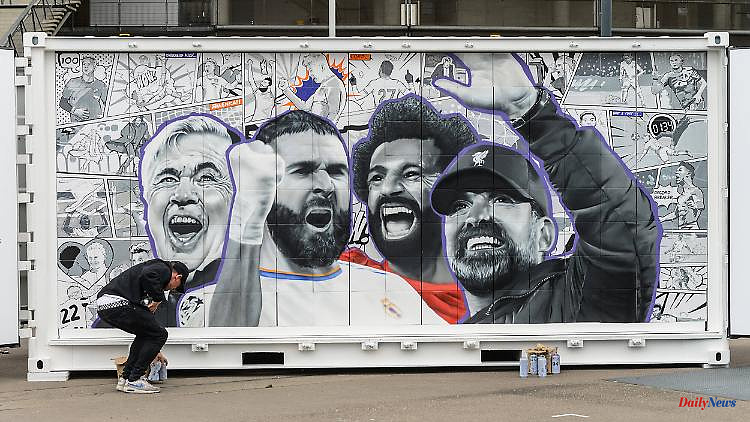 The match between Liverpool FC and Real Madrid also means a clash between two of the best strikers in the world at the moment: Karim Benzema and Mohamed Salah. The Champions League final is about revenge, redemption - and the Ballon d'Or.

Mohamed Salah has one thing in mind as he looks ahead to the Champions League final against Real Madrid: "revenge." He's been waiting for this for many years. Since 2018 - when he and his Liverpool FC lost the final 1: 3 against the Madrilenians. Real made the title hat-trick perfect - and Salah cried during the game.

Not (yet) out of grief, but out of pain. Checked out by Real's then captain and defense chief Sergio Ramos. After less than half an hour, the Spaniard held the Egyptian by the arm for so long in a duel that ended for both of them on the ground that the striker suffered a serious injury on impact: torn ligaments in the shoulder joint. Salah had tried to support himself with his left arm without being able to keep his balance, but he fell squarely on his shoulder. The end of the game, in tears he was substituted for Adam Lallana in the 30th minute.

Salah was already Liverpool's best striker back then, and quite a few interpreted the scene as a sneaky but clever foul by Ramos. He got away without any warning from referee Milorad Mažić and later denied any guilt: "I don't see the scene critically. He holds my arm first. I fall in the other direction, the injury then affects the other arm. And then they say I used a judo grip."

For Salah, on the other hand, it is still the "worst moment" of his career. Because Ramos later rammed goalkeeper Loris Karius and he suffered a concussion, the goals were too easy for Madrid. Although the Reds were able to win the title the following year, "rematch" is still important to the now 29-year-old Salah. Even if Ramos no longer plays for Real and can only watch the final in his new home Paris from the stands.

Salah, meanwhile, continues to shine at Liverpool. In 50 games this season, he has scored 31 goals and prepared 16 more. He is the Premier League's top scorer and joint top scorer with Tottenham's Heung-min Son. He shines with speed, will, brilliant passes and assists - the top scorer values ​​are no coincidence. But Salah doesn't stop at the front, he also plays at the back to help the team and is a good duel. Which often unnerves his opponents when he tries to escape from them again.

His coach Jürgen Klopp calls him a "world-class striker". And not only that. Brazil legend Ronaldinho recently said he would have liked to play with the 29-year-old himself: "He's one of the best players in the world and one that I always enjoy watching." Only in the big elections, the world footballer and the Ballon d'Or, because it's never enough for him all the way to the top. Incomprehensible to many.

His quality is valued in England: Salah has again been voted Football of the Year, and he has already won the League Cup and FA Cup with Liverpool. And two weeks ago, the otherwise modest Egyptian was unusually self-confident: "If you compare me to other players in my position, not just in Liverpool but around the world, you'll see that I'm the best," he said at beIN Sports.

However, a few competitors may want to contradict this statement: Robert Lewandowski, for example, and possibly Erling Haaland as well. But above all Karim Benzema, the very striker who will play on the other side in the evening. The "cat" (as his ex-coach José Mourinho once called him) became King Karim. The Real Madrid striker giant is enjoying his most productive season to date. With 44 goals and 15 assists in just 45 games, the Frenchman's stats are even more incredible than Salah's. In eleven premier class games he scored 15 goals - and what kind of goals. Sniffed out, fought for - exhausted. Again and again Benzema balanced the balls with his skull and perfect timing of his runs as well as breathtaking technique into the net.

A few years ago it was still said that Benzema's career would soon be over, that his best times were behind him. There were calls for Álvaro Morata to take the place up front. The Frenchman played one of his worst seasons at Real in 2017/18 (just five goals in 32 games) and was booed by his own fans. It was also said that Benzema could never replace Cristiano Ronaldo who left in 2018. But after the Portuguese moved to Juventus, everything changed.

As the focal point of the offensive, the Frenchman showed what is still really in him. Now it is he who is constantly being sought by his teammates. "For me there is a difference between a great striker and a complete player and striker," said France striker Thierry Henry recently. The way Benzema initiates attacks, how he "makes his team tick", how he always puts pressure on the front, how he doesn't turn any chance into a chance. That would be "contagious" and make the striker "complete", according to Henry.

The newly crowned Spanish champions can even match Ronaldo's top-flight record, scoring 17 goals in Real Madrid's shirt in 2013/14. Benzema has already matched Ronaldo's record of ten goals in the knockout phase from the 2016/17 season. There are other titles at stake for King Karim: if he wins the Champions League, he should be almost certain to be named World Player of the Year (the first Frenchman since Zinédine Zidane in 2003), the Ballon d'Or (the first Frenchman since Zidane 1998) and finally join the ranks of the best strikers in the history of what is probably the biggest club in the world.

If there were a Most Valuable Player award, like in the NBA, Benzema would easily scoop that trophy too. His performances in the premier class were too dominant and influential, all his goals, which carried Real through the knockout rounds in the first place, were too important.

The direct duel with Liverpool's Salah - it will be a hot dance. For the Champions League title - and the title as the best striker in the world. 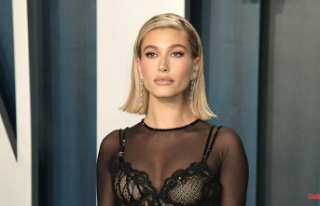