Berlin before the title hat-trick: Alba is ready, FC Bayern is threatened with stress

For the first time in 19 years, Alba Berlin wants to celebrate the championship in front of their own fans. 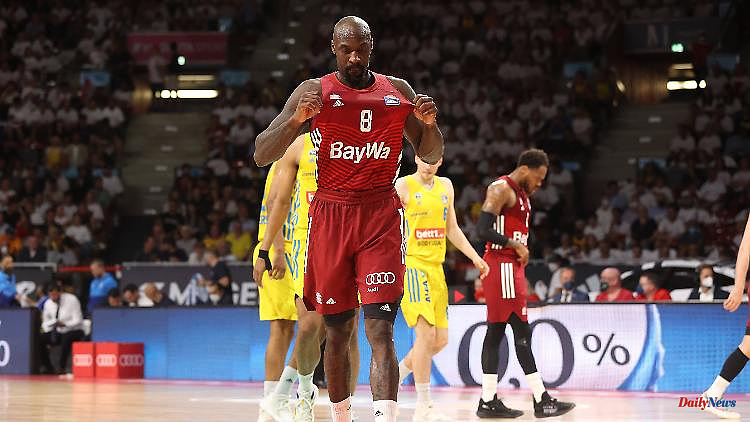 For the first time in 19 years, Alba Berlin wants to celebrate the championship in front of their own fans. Bayern are badly hit - and have only one hope. But the statistics speak against them. Only once did a team manage to turn a 0:2 into a 3:2 in a final series.

All set for the title hat-trick! In the third final game of the basketball Bundesliga between the heavyweights Alba Berlin and Bayern Munich, the hosts can celebrate their third championship in a row today (7 p.m. / Sport1 and Magentasport) and at the same time make the national double perfect. The star ensemble from the Isar, in the Euroleague against FC Barcelona only narrowly missed the first Final Four participation of a German team in the premier class, is threatened with a season without a trophy - and then a summer break with many discussions.

Hardly anyone doubts that Alba makes everything clear at home. The Berliners have been trumping too confidently for weeks and have now won 19 games in a row. In the first two finals against their big rivals from Munich, the capital city also showed an impressive show of power. While Alba is bursting with self-confidence, Bayern are reaching their physical limits after 82 competitive games so far. In addition, in Darrun Hilliard, Corey Walden and now also Vladmir Lucic three top performers are not available. That's too much even for the Munich team that has been upgraded.

Alba coach Israel González, on the cusp of his first championship in his first year as head coach, has plenty to draw from and a squad with impressive chemistry. "It's just fun, whether in training or in a game," said Alba center Johannes Thiemann.

Now the big race for the title should rise in the Mercedes Benz Arena. It would be the first time in 19 years that Alba would complete a championship in its own hall. In 2020, they won the title at the Corona tournament in Munich, and last year the Berliners also won the decisive victory in the Audi Dome. "We want to treat our home crowd to it," said Alba's Oscar da Silva. "We won the trophy at home, but the league is a little bit bigger."

The Bavarians really only have the principle of hope. But that's exactly where a chance for Munich lie to find their way back into the series. "Everything will be ready in Berlin to lift the trophy," said Bayern coach Andrea Trinchieri. "The motto for game three is: never give up the fight, never!" Alba coach González therefore expects a difficult game. "We have to control our emotions," demanded the Spaniard. "We can't think about what might happen after the game, we have to concentrate fully on the game."

In the Euroleague and in the Bundesliga main round, Bayern achieved two victories in Berlin. "As long as we play, we have hope. We don't go to Berlin without hope," said captain Nihad Djedovic. "It's nothing new to win in Berlin, we've done it a few times before." But the statistics speak against Bayern. Only once did a team manage to turn a 0-2 draw into a 3-2 draw in a series of finals: Bayreuth versus Leverkusen in 1989.

1 Final venue from 1994 is empty: 16 stadiums for the... 2 Historic run before halftime: The Golden State Warriors... 3 Legendary grandfather already failed: Germany defies... 4 Duplantis narrowly escapes horror: Klosterhalfen is... 5 The Ukraine war and the World Cup: No propaganda show... 6 Next climate statement: Vettel protests against Canada's... 7 Ridicule, despair and fear: the European giants are... 8 Spectacular victory in Halle: Otte mutated into Germany's... 9 Speedster alert at the international match: "Ernie"... 10 Blown against facade: kitesurfer dies in storm in... 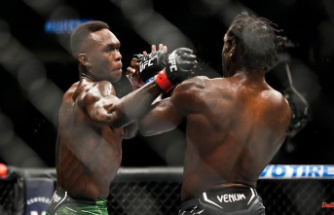 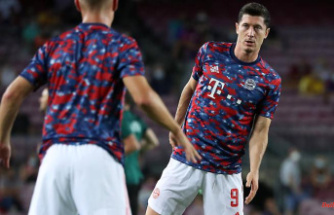 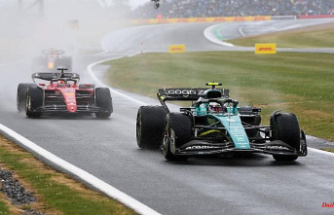 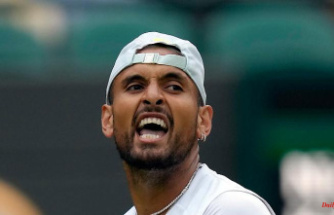 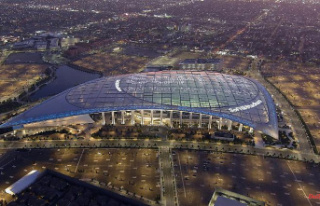