Between cult and scandal professional: The "Hinteregger case" threatens harmony

Popular with the fans, counted among the bosses: Martin Hinteregger has long walked the fine line between cult and scandal professional. 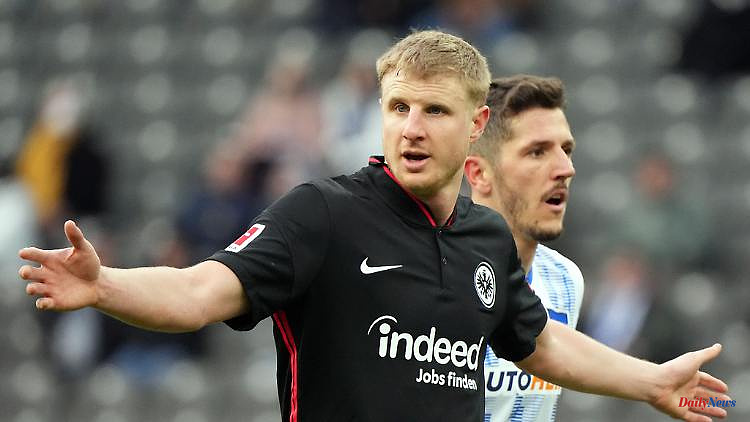 Popular with the fans, counted among the bosses: Martin Hinteregger has long walked the fine line between cult and scandal professional. In the meantime, the defender from Eintracht Frankfurt finally seems to be going in the wrong direction.

When Martin Hinteregger published his book "Inside View" with 45 stories from his eventful life almost a year ago, everything seemed finally told. Alcohol escapades, gambling addiction, provoked changes, downplaying of violence, Hinti-Army, hunting fever, clamshell cell phone, accordion, pilot's license - all this has already made headlines. But the latest chapter in his vita could mean that the often-told story of the converter between cult and scandal professional at Eintracht Frankfurt comes to an abrupt end.

After all, the Eintracht board of directors is anything but enthusiastic about the never-ending affair about the business relationship between the giant defender and a right-wing extremist local politician in his native Austria. It no longer seems impossible that the Bundesliga club will pull the rip cord and part with Hinteregger despite a contract until 2024.

After all, the credibility of President Peter Fischer is at stake. The club boss had repeatedly emphasized that he did not tolerate right-wing ideas in his club. On the other hand, Hinteregger, who likes to present himself as down-to-earth and very close to the fans, is extremely popular with the Frankfurt annex. Kicking him out would provoke a rift with the fan groups. Nevertheless, Hinteregger's latest statements, which, to put it mildly, are to be assessed as irritating, could be the last straw for those responsible. The 29-year-old once again defended his contact with FPÖ man Heinrich Sickl and caused a shake of the head with a comparison.

"I know that he was an FPÖ politician, which isn't a bad thing in Austria. But I didn't know anything about the identitarian movement and I didn't know what that meant either," Hinteregger told the "Standard": In Germany, many would bring the FPÖ and AfD on one level, "but the AfD is ten times worse." Sickl helped organize the "Hinti-Cup" hobby tournament organized by Hinteregger in Carinthia. Hinteregger avoided condemning Sickl despite his connections to the far-right scene.

The Austrian reporter Michael Bonvalot uncovered the relationship between Hinteregger and Sickl. In a Sky interview, Hinteregger, who sees himself as a victim of "a media hunt", described him as a "left-wing extremist journalist" who "uses him as a pawn". Bonvalot can only shake his head at this. "I can't understand what he's saying," he told the "Frankfurter Rundschau". What alarmed him above all was the terminology. He is described as a "left-wing extremist journalist" in the right-wing Austrian media: "I ask myself: where did Martin Hinteregger get such messages and statements from?"

The international must also explain this to the Eintracht bosses if he comes to the start of training next week despite his rehabilitation as a result of a thigh injury. The question is, however, whether Hinteregger's appearance is still desired at all. The defender denied that almost a month ago: "I was told in late autumn and between the quarter-finals against Barcelona that I should leave in the summer." It could well be that the club management now wants exactly that. 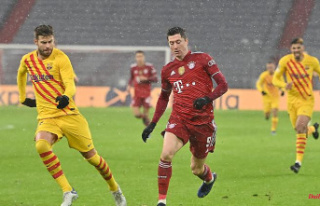 FC Bayern does not give up Star: Secret meetings do...