Football champions ten times in a row: FC Bayern and BFC Dynamo can do that in Germany. 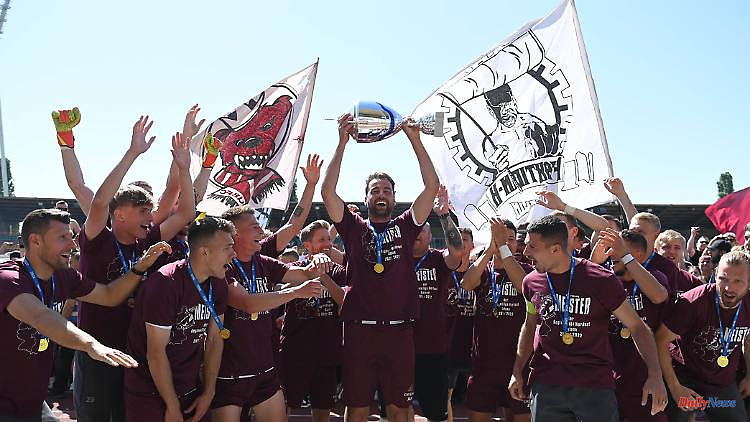 Football champions ten times in a row: FC Bayern and BFC Dynamo can do that in Germany. In the GDR, this was also achieved through shifting, now professional football is very close for the first time since reunification. Two relegation games separate the Berlin club from the 3rd division.

Cynics would call this title BFC Dynamo's first real championship. The winner of the Regionalliga Nordost was once a serial champion of the East German football league - which in the eyes of many fans was mainly possible due to orders from above. After all, the BFC was the favorite club of Stasi boss Erich Mielke - and thus a hate object in the rest of the republic. More than 30 years after reunification, the BFC can rise to paid football for the first time. On Saturday (2 p.m./MagentaSport) the relegation first leg of Berlin to the 3rd division against VfB Oldenburg, champions of the regional league north, will take place.

"The BFC is a bit like a Gallic village because many people from the past don't like the club," said coach Christian Benbennek, a native of Lower Saxony. In view of the past, it is quite understandable that the BFC is in the lower range of the popularity scale.

The turning point in East German football was announced personally by Mielke at the Dynamo Dresden championship celebrations in 1977. The BFC had already won the FDGB Cup and was in the semi-finals of the European Cup Winners' Cup. But the biggest title was still missing. "You've been champions enough now, it's the BFC's turn and I'll do everything I can for that," said Mielke. Dresden won the title again, followed by ten BFC championships in a row from 1979 to 1988.

With the reunification, the success of the BFC was done. With the Stasi, the People's Police and East German customs, the club's sponsors were gone. Stars like Andreas Thom (Leverkusen) or Thomas Doll (HSV) left. The club's political past and the image of the rioters in the 1990s and early 2000s has given the Hohenschönhausen team a reputation as the unloved sleazeball in German football.

Now the BFC wants to write sporting headlines in particular, the 3rd league is in sight. Jörn Lenz, today's team manager, experienced all the highs and lows at BFC from 1985 until today as a player, coach and official. "I would put promotion to the third division at the top," said the 52-year-old.

However, the Northeast Championship is only half the promotion rent. Benbennek doesn't like the fact that the BFC has to make its way into the 3rd division on the way to relegation. "As long as there is a champion who cannot be promoted directly, there is something wrong with the system," said the coach. In an annual rotation, the three associations Northeast, North and Bavaria (this year Bayreuth) have only one direct promoter alongside the West and Southwest. The fourth promoted team will be determined in a first and second leg.

In addition, the DFB put an additional hurdle in the way of the East Berliners with a license requirement in the amount of a guarantee of 900,000 euros. This must be deposited by June 1st. With the help of sponsors and fans, the BFC has already been able to raise around 720,000 euros. At least in this point the signal is for ascent.

1 Staircase incident in Jamaica: Kate Moss testifies... 2 Serious allegations in France: Minister is said to... 3 Gressel on the course of the war: "Putin will... 4 Largest British class action lawsuit: VW pays millions... 5 Bavaria: 25 students with breathing problems taken... 6 The government should be in place in June: Günther... 7 Season starts: Camping beginners should bear this... 8 "Bunga Bunga parties" trial: prosecution... 9 Russians are planning several boilers: US experts... 10 Baden-Württemberg: Because of vacation: No protection... 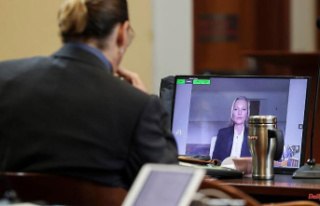