The summer break is over, Formula 1 is starting a hot autumn in Spa. 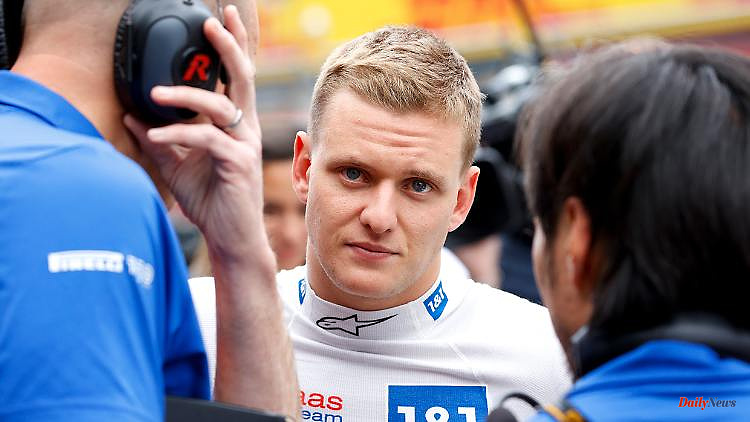 The summer break is over, Formula 1 is starting a hot autumn in Spa. For Mick Schumacher, it's about nothing less than his future in the premier class. The Belgian GP brings back memories of father Michael's many great moments and is a "very special place for us as a family".

Mick Schumacher enjoyed the Formula 1 summer vacation. Relaxing by the sea with friends and family, then a benefit football game in honor of his father this Wednesday evening. The batteries are full again - and Schumacher can use any energy.

Despite his significant improvement in performance in early summer, the 23-year-old does not yet have a contract for the coming season. His professional future will be decided in the hot autumn with nine races in just twelve weeks. In the worst case, an era will also end for the number one car nation: the last Formula 1 season was in 1981 without a German driver.

"Hopefully we'll have the chance to score a few big points, I'm really happy," said Schumacher before the Belgian Grand Prix (Sunday, 3 p.m. / Sky and in the live ticker on ntv.de) confidently for the remaining races . On the high-speed track in Spa-Francorchamps, which according to Schumacher is "a very special place for us as a family" not only because of his father's many great moments, he too can use the new update package from his Haas team.

Team boss Günther Steiner expects nothing less than that his drivers Schumacher and Kevin Magnussen will finish the respectable seventh place in the Constructors' World Championship with this equipment. And then? While the Dane Magnussen has a contract for 2023, talks at Schumacher were on hold during the summer break, as Steiner recently explained in the podcast of the RacingNews365 portal. You want to "see what happens".

It's obvious that Steiner will be keeping a close eye on the upcoming classic trio in Spa, Zandvoort and Monza. After a weak start to the season with two write-offs and a completely unnecessary collision with Sebastian Vettel in Miami, Schumacher is now the Haas driver who is in better form: In the past nine races he has scored twelve championship points and thus five points more than Magnussen.

However, the relationship between Schumacher and Steiner is no longer as good as it was in the young German's debut year. The announcement that Haas would grant Italian Antonio Giovinazzi two more training sessions this season also caused speculation. The US team is not obliged to do this. But Giovinazzi (61 Formula 1 races/at Alfa Romeo until the end of 2021) is, like Schumacher, a man with a Ferrari background - and the Scuderia has a say in filling a Haas cockpit.

Schumacher is in an uncomfortable situation. He can recommend himself, but he also has to hope that doors will open. The key figure in the overheated driver's market is a 21-year-old Australian who has not yet (!) contested a Grand Prix: Oscar Piastri.

He doesn't want to drive for Alpine in 2023, which has invested millions in his training, has chosen him to succeed Fernando Alonso - and claims to have a valid contract. Mega talent Piastri denies that, he is drawn to McLaren, which wants to replace the expensive star driver Daniel Riccardo after poor performance despite the contract for 2023. Schumacher has to wait. But only off the track. 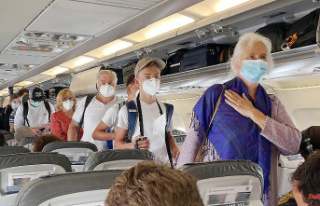