Bitter end of the top star: Vetter's declaration of war is not yet valid for the home EM

The performance of the German team at the World Championships in Athletics was catastrophic. 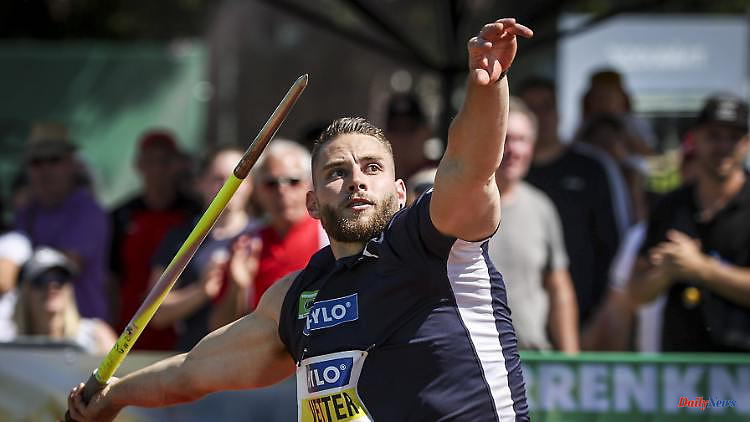 The performance of the German team at the World Championships in Athletics was catastrophic. It should definitely be better at the home EM. But the association has to accept cancellations from top stars. Javelin thrower Johannes Vetter is recovering from his shoulder, Christin Hussong is suffering from corona after-effects.

The injured exceptional javelin thrower Johannes Vetter has ended his season. "There is good news and bad news. The bad news first, I will not be taking part in the European Championships or other competitions this year," said the 29-year-old 2017 world champion on social networks.

Vetter has been on a break with shoulder problems since the end of May. At the athletics meeting in Dessau, the man from Offenburg made his last attempt to start, but had to stop after throwing in. Vetter said his shoulder was better. The therapy would pay off so that he was "100 percent ready for next season".

"My shoulder feels better, the therapy is working. I'll be back," assured Germany's "Athlete of the Year" 2021, who had already missed the German Championships in Berlin and the World Championships in Eugene, USA, due to injury. Especially with the latter, he was sorely missed. The team's performance was catastrophic, there were only two medals: gold for long jumper Malaika Mihambo, the women's 4x100 meter relay went to bronze. Vetter's throwing colleague Julian Weber had big plans, but like at the Olympic Games in Tokyo it was only enough for fourth place.

The EM-Aus is the next major setback for Vetter, who arrived at the Olympic Games as the big favorite. On site he couldn't cope with the floor covering, had slipped several times, his stem leg couldn't find a hold. In the end he was only ninth.

His anger afterwards was huge. "In my opinion there's only one way you can throw really far - and you need a very strong stem leg to do that," he said. "If the ground doesn't play along, the javelin won't fly much more than 90 meters and certainly not more than 95 meters."

Pain followed anger. "I have a few technical problems and physical problems follow. Small evasive movements put excessive strain on muscle groups, ligaments and tendons. Unfortunately, the power is not going in the right direction right now - and then it hurts here and there," he said at the beginning of June said.

Christin Hussong from Zweibrücken will also not be at the European Championships in Munich (15th to 21st August). The 2018 European javelin champion is still suffering from the consequences of a corona disease and is therefore not defending her title at the home European Championship. "Both cancellations hurt a lot, because both Johannes and Christin are among our top performers," said Annett Stein, head coach of the German Athletics Association (DLV).

1 Fewer accidents on coasts: DLRG already counts almost... 2 Despite the corona forecast in autumn: Oktoberfest... 3 'Sad and Shocked': Directors Can't... 4 Prices before tripling: For gas customers, it will... 5 Bavaria: Augsburg "super prepared" for the... 6 North Rhine-Westphalia: Mainz 05 expect a hot fight... 7 Hesse: Despite the heat: swifts move to their winter... 8 Hesse: Corona incidence in Hesse drops to 575.5 9 North Rhine-Westphalia: The mood in the NRW economy... 10 Hesse: instructions for explosive devices on the website:... 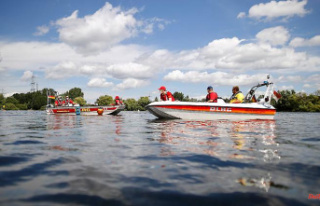