Jonas Vingegaard must continue defending his yellow jersey at the Tour de France without his most prominent aide. 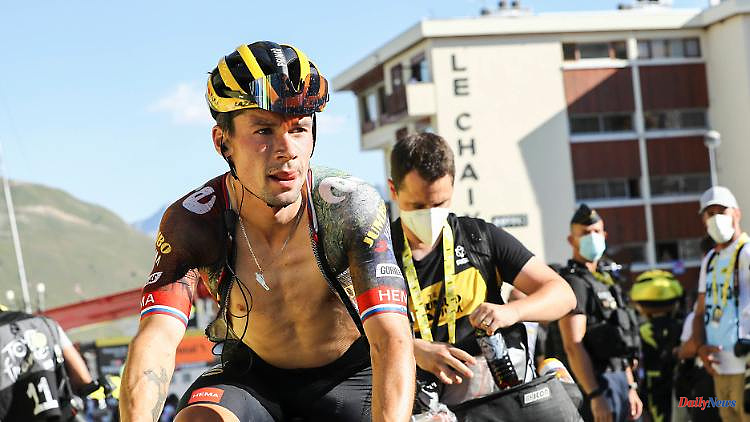 Jonas Vingegaard must continue defending his yellow jersey at the Tour de France without his most prominent aide. Primoz Roglic no longer competes in the 15th stage. As in the previous year, the Slovenian ends the tour prematurely due to the consequences of a fall.

Primoz Roglic's dream of overall victory in the Tour de France was already shattered in the first week, and now the former Slovenian ski jumper has to resign from his job as a noble assistant to Jonas Vingegaard, the overall leader. The 32-year-old Jumbo-Visma captain will no longer compete in the 15th stage from Rodez to Carcassonne. "We made this decision to allow my injuries to heal properly."

Roglic fell on stage five and dislocated his shoulder. The 32-year-old dislocated his shoulder himself and continued the race in great pain. However, the longing for his first coup on the tour remained unfulfilled due to the loss of time. Roglic unselfishly used himself as a top helper for leader Vingegaard, but was now apparently at the end of his strength. In the overall standings, he was only 21st, more than 33 minutes behind.

"I'm proud of my contribution to the current standings and I trust that the team will achieve our ambitions on yellow and green," said Roglic, saying goodbye to his "killer wasps". That's what the team from the Netherlands is called because of their yellow and black jersey until recently. It is the second year in a row that Roglic has not finished the Tour de France. Last year he also fell early and finally gave up after the eighth stage in Tignes.

In the field, Tadej Pogacar's compatriot, with whom he fought (and lost) a dramatic duel for the yellow jersey two years ago, is feared for his aggressive driving style. Again and again he triggers falls with his style. Germany's cycling star Maximilian Schachmann had already complained about the aggressive driving style of the superstar team and especially Roglic during the tour. "Jumbo has to get a bit of a break, because they all drive the last centimeter like the broken ones, but they can't and then hang themselves on the side of the road," he said. This is a hazard for all drivers. "And that is unnecessary."

What are the consequences of the Slovenian's departure for the further course of the tour? Not clear. For Vingegaard he was the most important helper. Especially in the upcoming heat battle in the Pyrenees, the inexperienced Dane could have used the experienced Roglic at his side. Because he will certainly continue to be attacked vehemently by Pogacar in the mountains. There was already a small foretaste on Saturday, but Vingegaard confidently fended off the attacks of the Slovene, who unexpectedly collapsed on the 11th section. 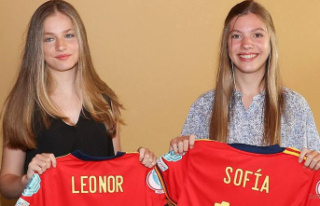 King's daughters at the women's European...