It wasn't enough for the big sensation at the Darts World Cup: Martin Schindler was the second German to be eliminated from the most important tournament of the year. 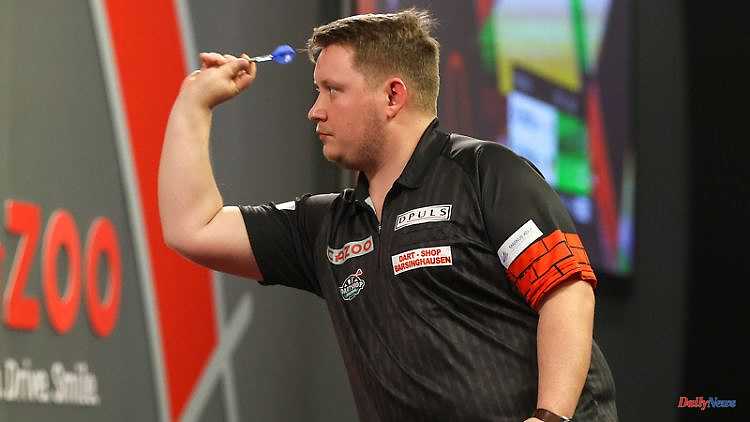 It wasn't enough for the big sensation at the Darts World Cup: Martin Schindler was the second German to be eliminated from the most important tournament of the year. "The Wall" lost 4-3 to Michael Smith at London's Alexandra Palace after a big fight.

Germany is experiencing darts holidays at the World Championships in London immediately after Christmas. After Gabriel Clemens reached the round of 16 on Tuesday evening everything looked as if Martin Schindler would win sensationally over the top English player and title candidate Michael Smith. In the end, however, the German ran out of breath, Smith turned the game after a 1:3 deficit to a narrow 4:3 win.

Initially booed by the mostly English fans during the walk-on to the largest darts stage in the world, the game had started well from the German's point of view. With an average of over 100 points, "The Wall", as the native of Brandenburg is called, secured the first set by a razor-thin 3-2. Although Smith fought back with a smooth 3-0 in the second half, Schindler came out of the second half with fireworks. Schindler won sets three and four, buying the nerve of his highly favored opponent with a number of 180 shots.

The fact that Smith managed to "Big Fish" (check 170 points with three throws) didn't bother Schindler for long. This sat down with high scores more and more and kept his nerve on the double fields. "I'll have to club all the time to catch up," Schindler had feared in advance.

At times, however, Schindler acted like he was unleashed in what was by far the biggest and most important game of his career. There were again complications with the luggage at London Airport on the return trip to Great Britain on Boxing Day. "There was a problem. The staff went on strike. The suitcase wasn't unloaded. The first night we had no suitcases again. Yesterday we had the suitcases. It was lucky last time," Schindler reported in the run-up to the game at "Sport1 ".

Even the lucky suitcase chaos didn't help against Michael Smith. For Martin Schindler, a dramatic darts evening at "Ally Pally" just wasn't enough. Because the "Bully Boy" with the courage of despair under sometimes great pressure hit the decisive double fields and made a 3:3 deficit in the sets from a 1:3 deficit and finally scored a bit better in the "Decider".

Immediately before the duel between Smith and Schindler, world championship favorite Michael van Gerwen sent a signal towards the competition with a tremendous performance. For his Austrian opponent Mensur Suljovic, a top performance was not enough to create a sensation. Although Suljovic hit 65 percent of his attempts on the eight millimeter narrow double fields, "MvG" almost always had an answer ready and so prevailed 4:1. At the end of the game, the World Cup favorite had an average of 107 points per shot. By far the best value of a player in the current World Cup.

Statistics that the third in the world rankings and world champion of 2014, 2017 and 2019 also needed to make it into the round of 16. Set one and two went narrowly to van Gerwen. Set three was grabbed again by Suljovic 3-1. And in the following round, too, "The Gentle" held up well in the race with its outstanding double rate of over 80 percent at times. Until "MvG" made a statement in the decision leg with two 180 shots and took a 3-1 lead.

What looked like the preliminary decision only spurred on the clear outsider Suljovic even more. The fifth round also had to be decided in the decisive leg. Here everything looked like the first match dart for Michael van Gerwen. But the 33-year-old purposely missed a chance at Bullseye to face an easier double instead. A fit of arrogance that Suljovic was able to punish immediately. Suljovic brought 161 points to zero and "Ally Pally" - apart from the "MvG" fans - in ecstasy. Ultimately, however, Suljovic's set win was no longer decisive for the outcome of the game. Match dart number five was finally used by van Gerwen.

In the first game of the evening session, Joe Cullen had surprisingly won clearly against the Australian Damon Heta. The "rock star", who is now Michael Smith's next opponent in the round of 16 on Friday afternoon, won 4-0.

In the afternoon, on the other hand, the two-time world champion Gary Anderson had to say goodbye to the tournament. After reaching the final at the 2021 World Cup and participating in the semi-finals last year, the “Flying Scotsman” was eliminated in round three of the 2023 World Darts Championship. Anderson was never able to build on his successful years against Chris Dobey. The 4-1 defeat is tantamount to a crashing tumble in the world rankings, which are based on the prize money brought in over the past two years. Anderson is no longer a top 20 player.

Fireman Alan Soutar also went one lap further, beating Danny Noppert after being 2-0 down. In the first game of the day, José de Sousa turned over an even bigger deficit against Ryan Searle. The Portuguese came back from a 0:3 deficit, survived a match dart from Searle and still won 4:3. "The Special One" earned a round of 16 against world number one Gerwyn Price on Thursday evening. 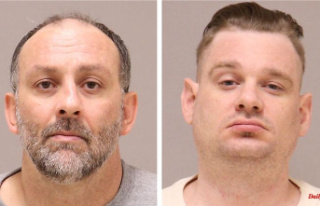