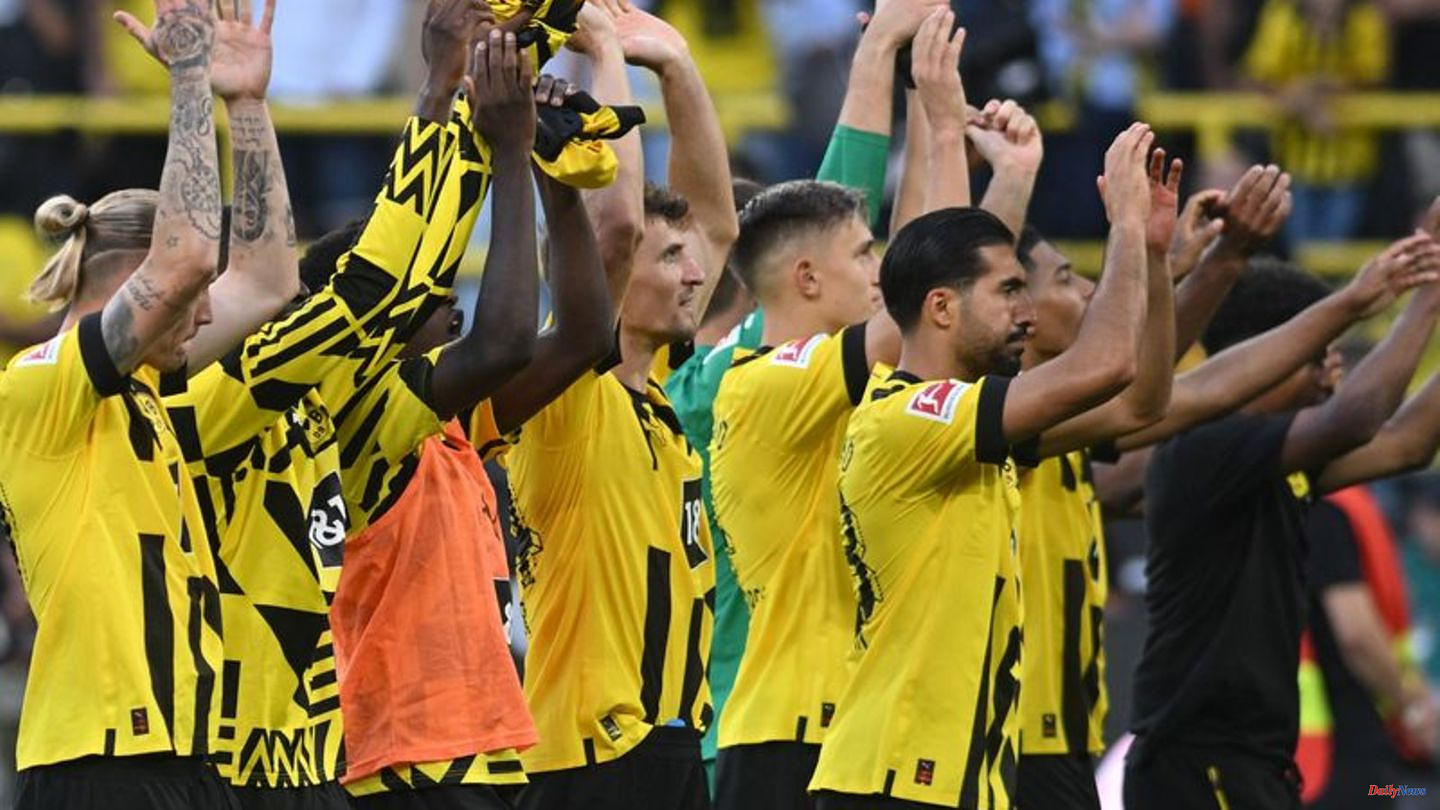 Munich conjures up, Dortmund malochets. Although BVB didn't spread the glamor of FC Bayern at the start of the season, the belief in a successful season grew on the pitch and in the stands.

Inspired by the sizzling atmosphere in the stadium, Sebastian Kehl generously overlooked the lack of play after the happy 1-0 (1-0) win over Bayer Leverkusen. The sports director showed no sign of envy at the 6-1 gala of the big title rivals the day before in Frankfurt. "We fought, scratched, bit. That's what people want to see here. We've made a big step forward and we want to have a special season."

Overshadowed by the excitement about a police operation in and outside the stadium, which forced the 81,365 spectators to remain in the sold-out Signal Iduna Park for around half an hour after the final whistle, Borussia presented virtues they thought had been lost. When the ideas in the offensive game ran out with increasing playing time, the team, known in recent years for a lack of mentality and sloppy defensive work, defended their own goal with passion.

"No one can be more diligent and courageous than us"

When asked about the significance of the first day of the game for the long-distance title duel with Bayern and the competitiveness of his team, Terzic gave a meaningful answer: "If someone is better, we will accept that. But nobody can be more diligent and courageous than us."

The Dortmund pros made good on their promise to get the crowd enthusiastic about BVB football again, at least in a combative manner. The fact that goalkeeper Gregor Kobel cleared Bayer striker Patrik Schick several times in dire need was seen by everyone involved as the luck of the capable. "We didn't say that we would march through the league just because we have a lot of new players and a new coach," commented goal scorer Marco Reus (10th minute), "it was a very clear work win that we're happy to take with us."

Terzic saw it in a similar way: "What makes us positive is the way we defended our goal. That sparked it in the stands and back again." The 39-year-old Rose successor set a record on his comeback as head coach after a year. Another was added to the seven league wins at the end of the 20/21 season. Only Jürgen Klopp, who is revered as a coaching legend, managed eight successes in a row at BVB ten years ago.

Adeyemi is in danger of being injured

However, Terzic's joy was marred by Karim Adeyemi's injury. The national player had to be substituted in the first half due to a foot injury and is in danger of becoming the fourth new signing after Sébastien Haller, Niklas Süle and Salih Özcan. However, Adeyemi does not expect a longer forced break. "I'm better now and I hope it's nothing dramatic," said the 20-year-old forward after the game.

Another purchase could console Terzic about the previous bad luck with the newcomers. Because there is progress in the tricky search for a replacement for striker Haller, who is suffering from a tumor. "Of course we have created some options and are on the right track. Something will probably happen - I think very soon," Kehl revealed to Sky and announced an adequate solution: "What we do will fit." Recently, names such as Memphis Depay, Mauro Icardi, Edinson Cavani, Edin Dzeko, Giovanni Simeone, Krzysztof Piatek and Anthony Modeste have been traded in public.

The fact that the fans couldn't go home immediately after the final whistle was due to the excitement surrounding a suspicious vehicle with the engine running near the stadium. At the behest of the police, the spectators were initially prevented from leaving the arena. Only when it was clarified that the engine of the car was running due to a technical defect and the vehicle owner and grandstand guest could be questioned about the incident was the all-clear given. "According to the current status of the investigation, there was never any danger from either the vehicle or the owner," the police said a little later.

1 Berlin Derby: "I like the word Stadtmeister":... 2 Wacken Open Air: The first bands for 2023 have been... 3 Comeback: Dieter Bohlen is back on the tour stage... 4 Depilation: Legs grow: This is how your skin should... 5 Kevin Federline: Britney Spears' ex-husband on... 6 Gentle application: removing nail polish: the best... 7 SPD-Left wants levy for the rich: "The high fortunes... 8 Siggi Held celebrates his 80th birthday: the legendary... 9 Baden-Württemberg: 69-year-old does not believe police... 10 Hesse: Lots of sun and no rain in Hesse 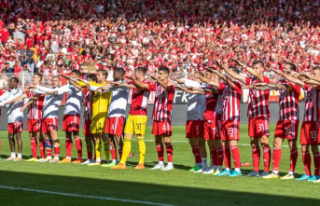