Daniel Theis is finally allowed to play a few minutes again, wins game one of the NBA finals with the Boston Celtics against the Golden State Warriors and has come closer to his dream title. 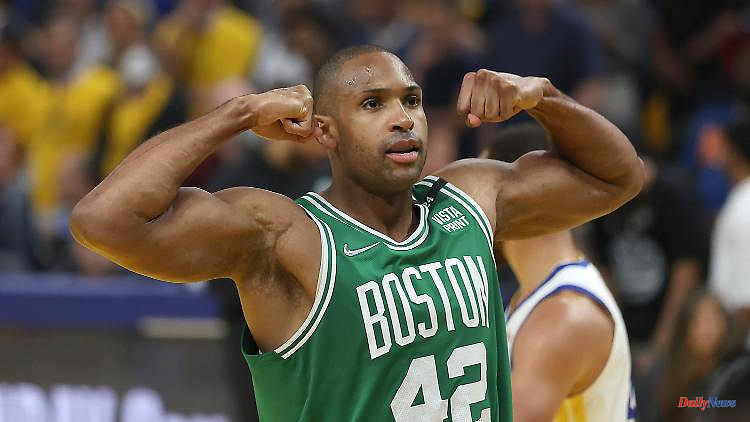 Daniel Theis is finally allowed to play a few minutes again, wins game one of the NBA finals with the Boston Celtics against the Golden State Warriors and has come closer to his dream title. The match winner, however, was actually already written off.

Stephen Curry and Klay Thompson slipped blankly out of their home Chase Center. The two artistic marksmen of the Golden State Warriors were served after an almost written-off oldie shot out their lights at the start of the NBA Finals: Thanks to the miraculous resurrection of Al Horford, the Boston Celtics are a big piece of their first NBA title in 14 years got closer.

"Somehow the guys always found me. And I just threw things in," said national player Daniel Theis' team-mate after the 120:108 in San Francisco. "Big Al" turned six out of eight three-pointer attempts - the 36-year-old, 2.08-meter-tall center stole the throwing show from the Warriors' delicate "Splash Brothers".

"In the end, the Celtics scored almost everything. It's difficult to counteract such a momentum," said Curry, whose 34 points and seven converted threes went down in the Celtics' hail of balls: the record champions won the final quarter 40:18, finding nine of them beyond the 7.24 meter line the goal.

"We had confidence," said Horford, who scored 26 points, "and we kept pushing." He has never made more threes than in game one, has never been more important than now. Much to the chagrin of Celtics returnee Theis, whose playing time is also very limited because of Horford's gala form - he scored three points against the Warriors in six minutes.

If the Celtics’ 18th title jumps out of it, Theis could cope with short-time work. And for Horford, who would be the first player from the Dominican Republic to become champion (father Tito had played in the NBA for three years), the happy ending of a career that had already come to a standstill. "I was really written off," he says himself.

After his first Celtics engagement, Horford followed the call of money to Philadelphia in 2019. After a weak year, Oklahoma City took over the remnants of Horford's Monster contract (four years, $109 million) for tactical reasons, and quickly sorted him out. "Horford ages like milk," etched cbssports.com.

Horford's rescue: The Celtics wanted to get rid of the even more disappointing, even more expensive Kemba Walker - "Big Al" landed cleaned up again in Boston, worked his way back to the top performer and is in the 15th NBA year in the finals for the first time. "Nobody," said Celtics star Jaylen Brown, "deserves this like Al does."

1 Turn. To respond to an accident, 46 firefighters are... 2 Marine Le Pen was on the move in North when she was... 3 High mountains. Tilting train: The Mobil'Hautes-Alpes... 4 Culture. Antiquities trafficking: Jean-Luc Martinez... 5 Duchess Kate reveals the reason: Queen also cancels... 6 Russia in a helping role: According to the African... 7 First albino of its kind shown: Galapagos giant tortoise... 8 Nations League! Nations League!: DFB team fights against... 9 North Rhine-Westphalia: the car crashes into the vegetable... 10 Football/Nations League. Benzema's new goal sees... 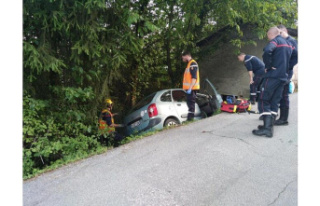 Turn. To respond to an accident, 46 firefighters are...