FC Barcelona wants to sign Robert Lewandowski and the Pole wants to go to Spain. 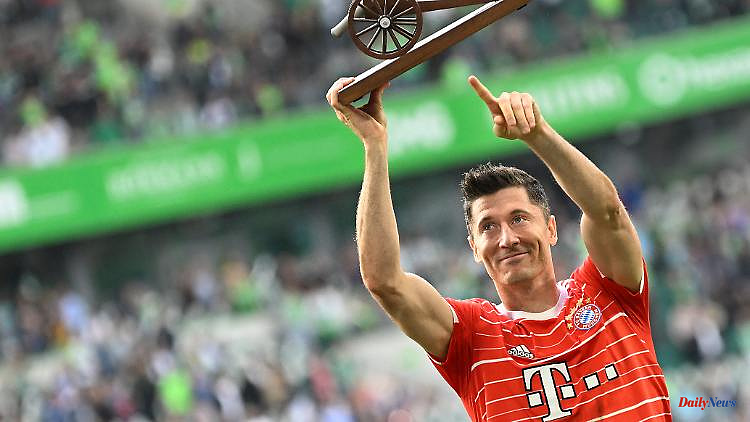 FC Barcelona wants to sign Robert Lewandowski and the Pole wants to go to Spain. The problem: The Catalans have debts in the billions and Bayern Munich want money, lots of money for the Bundesliga legend. So far it's "Basta!". But now the Spaniards are getting some air.

Robert Lewandowski has come a good deal closer to his latest dream club FC Barcelona. The FC Bayern Munich striker is still on vacation in Mallorca and has not commented on one of the most complicated transfer sagas of the summer for days. As is well known, the 33-year-old superstar wants to leave the Bundesliga after twelve years in order to finally feel something again, to finally have emotions in his life again.

But FC Barcelona, ​​the club that is supposed to put the Poles out of their misery, has no money, only 1.35 billion euros in debt, and cannot finance the transfer. If the record champions want to sell at all. So far, the "Basta" principle announced by Oliver Kahn has applied, which states that Lewandowski must not leave the club before the end of the contract in summer 2023.

But in football, as is well known, every word of power is quickly overtaken if only the right price is called. The previously offered 32 million euros plus 5 million euros were not. Germany's most successful football club demands more for the best Bundesliga striker in recent decades, there is talk of up to 50 million euros.

FC Barcelona is working on that now. At an extraordinary general meeting on Thursday, two proposals by Barça President Joan Laporta for the short-term development of new sources of money were approved by a large majority. Now around 700 million euros should flow into the club coffers as quickly as possible and make the club capable of acting again. He's not at the moment.

At the almost four-hour meeting, the members decided to sell a 49.9 percent stake in Barca Licensing and Merchandising and to assign a maximum of 25 percent of the TV rights for a maximum of 25 years. The first deal should bring the Catalans a sum of around 200 million euros and the second even 500 to 550 million. Barcelona received a total of €165.6m from TV revenues in the 2020/2021 season, more than any other club in Spain. Real Madrid earned around 163 million euros.

Laporta, who has been in office since 2021, had urged the club to sell out in advance of the meeting. "Barça was dead. Now we are in intensive care. If these measures are approved, we will be discharged from the hospital," he said and then tried a Formula 1 picture at the meeting. "We inherited a Formula 1 car with no petrol and piston seizures," he said: "If we were allowed to operate the levers, the car would come into the pits to be tuned and we could start it and then compete for it to be able to win."

This delighted the members, who approved both proposals with a large majority and paved the way for future transfers of millions. Although Barcelona have already signed Andreas Christensen from Chelsea and Franck Kessie from AC Milan on a free transfer, they are currently unable to register at all due to Spanish league regulations. This could not only change as a result of Thursday's decisions, but also create financial leeway for Lewandowski's commitment.

Other stars are also in the conversation. You can always read about the Portuguese Rafael Leao (AC Milan) and Bernardo Silva (Manchester City), the Spaniard Carlos Soler (FC Valencia) and the Senegalese Kalidou Koulibaly (SSC Napoli). However, all of these possible future Barcelona stars have one thing in common: they want to make money. Which makes things a little more complicated. Because in order to reorganize the finances in the long term, Barca wants to reduce salary costs from currently around 560 million euros per season to around 400 million euros. It remains complicated.

1 Berlin before the title hat-trick: Alba is ready,... 2 Final venue from 1994 is empty: 16 stadiums for the... 3 Historic run before halftime: The Golden State Warriors... 4 Legendary grandfather already failed: Germany defies... 5 Duplantis narrowly escapes horror: Klosterhalfen is... 6 The Ukraine war and the World Cup: No propaganda show... 7 Next climate statement: Vettel protests against Canada's... 8 Ridicule, despair and fear: the European giants are... 9 Spectacular victory in Halle: Otte mutated into Germany's... 10 Speedster alert at the international match: "Ernie"... 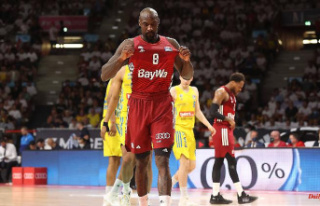 Berlin before the title hat-trick: Alba is ready,...