In the spring of 2022, some Bayern fans want to chase sports director Hasan Salihamidzic out of the yard. 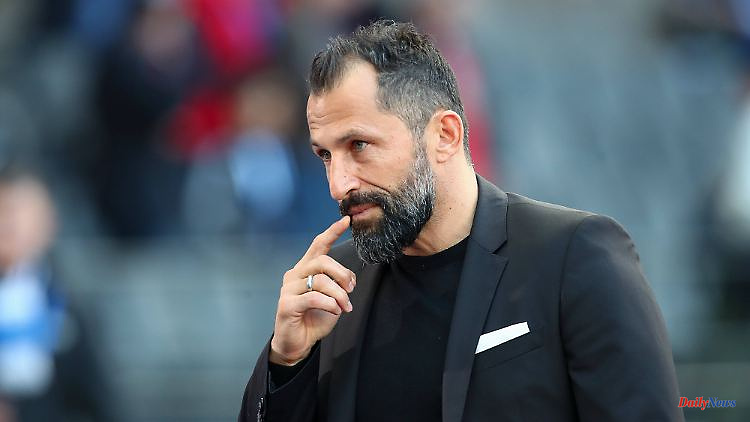 In the spring of 2022, some Bayern fans want to chase sports director Hasan Salihamidzic out of the yard. The 45-year-old swims free, becomes the league's transfer king and is again faced with difficult decisions when planning for the 2023/2024 season. He has already closed a door.

The situation in the Bundesliga has finally been clarified. After seven long weeks at the top of the table, Union Berlin were rebuked by the risen 'giants' Bayer Leverkusen in the worst 45 minutes of the Iron League's history. The Köpenickers around their cult mascot, Ritter Keule, had simply forgotten their armor and went down 0:5 under the Bayer Cross.

Certainly much to the delight of Bayern sports director Hasan Salihamidžić. Like the rest of Munich, he wants to dust off the eleventh championship in a row. And in between lay the foundation for the coming master years. Last summer, the 45-year-old made a lasting impression internationally for the first time with coups like the signing of world star Sadio Mané from Liverpool FC. With the sale of Robert Lewandowski, he earned 45 million euros. For a still outstanding but aging striker. Made a big checkout. Not everyone believed him capable of that. But with the sale of Robert Lewandowski he also took a risk. Would Bayern Munich be successful without the goal guarantee?

That's exactly what threatened to throw Salihamidžić on his feet in the meantime. After a furious start in the league, however, followed the strange crisis in Bavaria, which ultimately made the seven weeks at the top possible for Union Berlin. Suddenly, the record champions didn't hit the goal quite as reliably and didn't want to win every game anymore. Crazy. Football Germany no longer knew that. Even Julian Nagelsmann was soon under such criticism that the first could imagine a lightning-off. Former Bayern CEO Karl-Heinz Rummenigge called the 35-year-old a "great coaching talent" and almost reminded him of the then BVB coach Michael Skibbe, who once described world champion Thomas Häßler as "talent" in the 1998/1999 season. Such are our times. Wild, but everything repeats itself.

Then Nagelsmann, this talent at Bayern-Bank, has an idea. He bet on a real number nine again. And suddenly not only the teenage sensation Jamal Musiala came up trumps, but also the former Schalke attacker Eric Maxim Choupo-Mouting. The striker had forgotten about his injury in the shadow of Lewandowski in the pre-season and was therefore also facing his exit from Bayern. Also because the native of Hamburg's contract would expire in the summer of 2023 anyway. But after ten goals in just 14 season appearances, the situation has changed massively.

Choupo-Moting is currently one of the most in-form strikers in Europe, and he is currently making his opponents shiver with awe. Eight goals from the last seven competitive games. "How does he do that, Choupo?" Asked a stunned Kevin-Prince Boateng after Hertha's 2: 3 win against Bayern last Saturday: "Everything works with him. Kiss my ass!" Within a few minutes, just before the break, he had made it 3-0 for Bayern from 1-0, as football reporters say these days. The fact that Hertha then came back to 2: 3 didn't matter in the end and Bayern were back at the top of the table after the Union swatter in Leverkusen.

That's why Bayern's future begins now and whether it will still be all about Choupo-Moting remains unclear according to Salihamidžić's most recent statements. "We'll definitely talk, we'd like to keep him," he said on Sky: "We knew from the start that he was a really good footballer. That he has such a run surprises us all. Now he's showing what he can." Bayern don't seem to be in a hurry, although the Cameroonian's goals are of course not only registered in Germany. You could also imagine such a striker at Manchester United, for example.

Choupo-Moting also wants to wait before playing his hand. For the 33-year-old, it is about the last major contract of his career and thus also about the much-cited appreciation, which after the former Bayern boss Uli Hoeneß is primarily a financial one. Negotiations should only take place after the World Cup in Qatar. There Choupo-Moting wants to show off with Cameroon in the games against Switzerland, Serbia and Brazil. A few goals for the "indomitable lions" would improve his hand even more. A thick contract beckons him, but will he get it at Bayern? Not only the example of Lewandowski shows that at some point most players leave the record champions. appreciation versus reason.

Salihamidžić, who hasn't been called Brazzo for a long time, wouldn't be Salihamidžić if he didn't already have a plan B and certainly a plan C. With England legend Harry Kane, Bayern could succeed in the next transfer coup next year . Of course, he doesn't really want to venture out of cover just yet. Sure, Kane is "one of the best strikers in the world" but also "a player who plays for Tottenham" and that's why you don't talk about it. The captain of the England national team is under contract with Spurs until 2024. It is hard to imagine that he will leave England. But Salihamidžić has made other deals.

That was not always so. Who doesn't remember the drama about Alexander Nübel's commitment? The keeper, who was not only compared to the Bayern legend Manuel Neuer because of his employer at the time, FC Schalke 04, but was also presented as his successor with alleged assurances of guaranteed appearances. It didn't come to that.

Because even at the age of 36, Neuer does not think about ending his glorious career. So what to do with the Nübel that is currently on loan to AS Monaco, this legacy from phase one of Salihamidžić's career at Bayern? Definitely not between the posts of the record champions that quickly. When asked about a possible return from Monaco, the sports director slammed the door directly on Sky. "That won't happen in 2023. After that you'll have to see."

Nübel, tied to FCB until 2025, will think about it. Salihamidzic too. Usually something comes out of it. Something that is good for Bayern and so fatal for the rest of the league. The hope that the record champions will give up national dominance under the new sporting leadership has long since disappeared. Much to the delight of sporting director Hasan Salihamidžić, who showed it to everyone. He is the rising star of 2022. 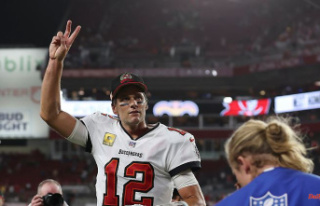 Last-minute victory thanks to the mega show: Superstar...