Jule Niemeier continues her series of successes at the classic grass field in Wimbledon and reaches the round of 16 for the first time. 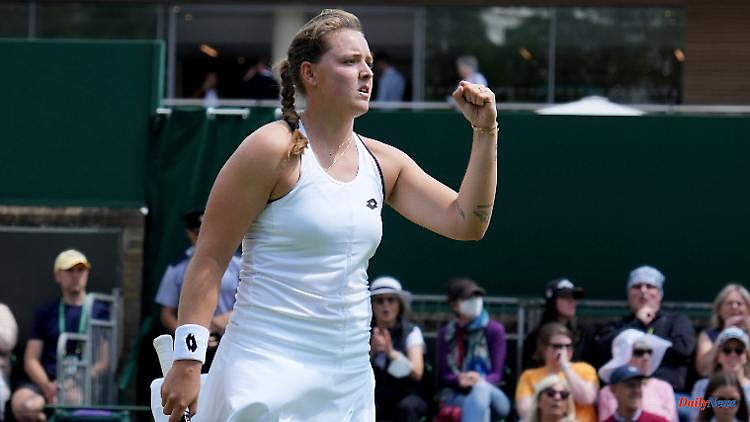 Jule Niemeier continues her series of successes at the classic grass field in Wimbledon and reaches the round of 16 for the first time. The 22-year-old achieved the greatest success of her tennis career with a wild roller coaster ride and a true break showdown.

With a work victory in the round of 16: Wimbledon debutant Jule Niemeier mastered the next hurdle in the All England Club after her surprise success on Wednesday. Not everything went according to plan in the 6: 4, 3: 6, 6: 3 against the tough Lesia Zurenko from Ukraine, but Niemeier fought his way into the match and after 2:04 hours into the next round.

There she meets Brit Heather Watson or Kaja Juvan from Slovenia - both unseeded like Niemeier, both at least on paper far from the world's best. The run of the 22-year-old from Dortmund could continue - especially since she still had room to improve.

Two days after the sensationally sovereign victory over the Estonian Anett Kontaveit, after all the number two on the seeding list, Niemeier needed a long time to find his way into the game. The serve that has been so strong so far has let her down, and she served eleven double faults in total. After just a few minutes, she conceded her first break in the tournament - to zero. Only after the second loss of serve did Niemeier wake up and show the qualities that have earned her the reputation of a German tennis hope: A sensitive stop just centimeters behind the net and a passing ball from a full sprint - then she had set ball and benefited from one of the rare mistakes Zurenkos.

She doesn't play as spectacularly as Niemeier, but with the experience of ten Wimbledon starts she is solid and powerful. Niemeier also needed a wake-up call in the second half to find her game. Again she gave up her serve twice, again she was 0:3 behind and again she laboriously worked her way back. But Zurenko resisted. Break followed break followed break.

She proved how quickly Niemeier learns in the decisive third sentence. "It's important that I continue to develop in all areas so that I can win even on days when things don't go well," she said after defeating Kontaveit. For a long time there was little going on against Zurenko, and yet it was enough for the round of 16. The wild card, which the German Tennis Association had ready for the small tournament in Versmold in Westphalia next week, can now be given elsewhere by the association. Niemeier remains on the most important tennis stage in the world. 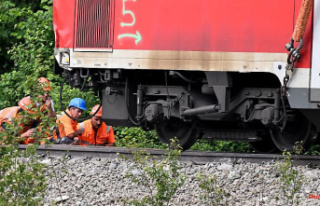 Disaster in Bavaria: did ailing sleepers lead to a...