It's the most exciting tour in recent years. 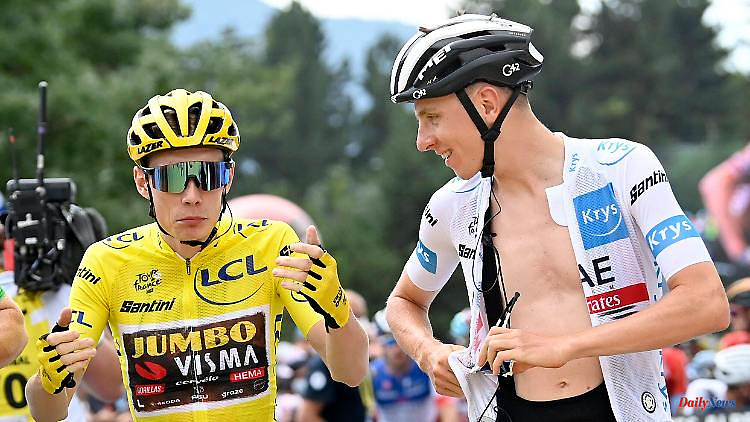 It's the most exciting tour in recent years. Before the last week with three difficult stages in the Pyrenees and the individual time trial on Saturday, everything boils down to the Vingegaard vs. Pogacar duel. The man from the fish factory against the dominator of recent years. Who wants to know again.

Cycle easy, put your feet up, escape the scorching heat: On the second rest day of the Tour de France, the riders had to take it easy. Now the calm is over, then the 109th Tour of France enters its decisive phase - and everything focuses on the duel between Jonas Vingegaard and Tadej Pogacar.

It's a duel that took a spectacular turn on the actually unspectacular flat stage last Sunday. Ahead of the upcoming showdown in the Pyrenees, overall leader Vingegaard and his team Jumbo-Visma suffered two major setbacks. The Slovenian Primoz Roglic did not even start the 15th stage, Steven Kruijswijk injured himself in a fall and had to give up.

"They are two important teammates, two very strong drivers, and it doesn't make me happy that they are no longer in the race," said Vingegaard at the finish in Carcassonne, annoyed: "We will continue to fight until Paris, but that's a disadvantage for us ."

However, there is no real disadvantage compared to its competitor Pogacar. Because his UAE team Emirates also had bad luck with the pedals on the tour and already lost two drivers after a positive corona test. In the upcoming mountain stages, both opponents will - as of now - start with five remaining helpers. In jumbo drivers Sepp Kuss and Rafal Majka (UAE), only one of them feels really at home in the high mountains. "That will make the next week very interesting," also knows Brit Geraint Thomas, who, as an inconspicuous third overall, only has outsider chances.

In the first two weeks of the tour, Vingegaard had still benefited from his overwhelmingly superior team: Pogacar's surprising slump on the Col du Granon, when the Dane drove the defending champion to the ground and even the yellow jersey, was preceded by a team tactical masterpiece.

Vingegaard can no longer rely on such heroic deeds by his teammates - and yet the 25-year-old remains the favorite for overall victory. Following his yellow coup, he countered all the attacks of the competition and maintained his comfortable lead of 2:22 minutes over Pogacar on the queen stage to Alpe d'Huez. But he still hasn't given up for a long time.

"Jonas is one of the best climbers, but I can stand up to him. I want to keep attacking him and then we'll see," says the 23-year-old, looking ahead to the challenges ahead: "They're strong, but they're not unbeatable ."

Three tough Pyrenees stages and the individual time trial on Saturday before the champagne trip to Paris remain for Pogacar to unseat Vingegaard and win the world's most important cycling race for the third straight year. The big duel should pick up speed again.

1 Great Britain is groaning under the heat: rail traffic... 2 Two German restaurants in the top 50: the best restaurants... 3 'Left to Die': Woman wakes up from two-year... 4 After a botched beauty procedure: "Disfigured"... 5 Astrophysicist and animal rights activist: Queen legend... 6 Marriage off after four years?: Divorce rumors about... 7 Tips for any time: How to survive the hot days 8 "Catastrophic losses": Australians are shocked... 9 Trends from the Eurobike: The moped is back - electric 10 Thuringia: Business registrations and deregistrations... 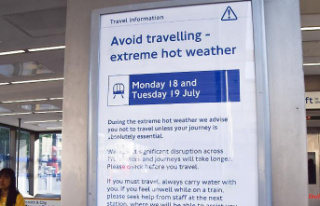 Great Britain is groaning under the heat: rail traffic...