Burning wind and fall drama: Philipsen flies to the finish ahead of sprint dominator van Aert

The field only flies past Benjamin Thomas with 500 meters to go. 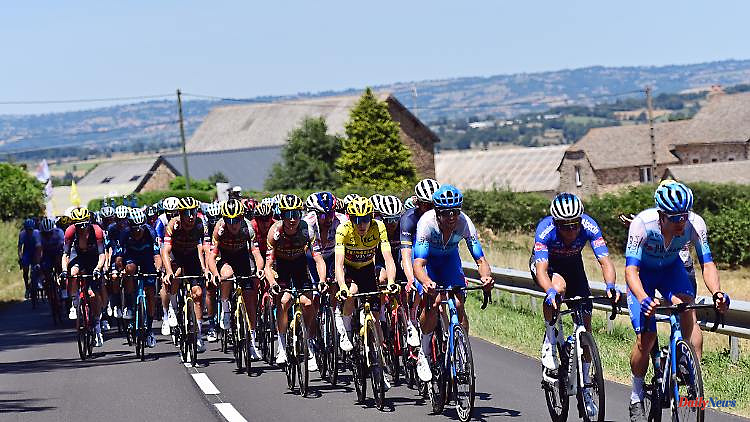 The field only flies past Benjamin Thomas with 500 meters to go. Right at the front: Jasper Philipsen. For Jonas Vingegaard, the yellow jersey wearer, stage 15 is not a good one. He loses two Star Helpers. Nils Politt is the most combative driver. Simon Geschke stays in the mountain jersey.

A lot of torture and heart and soul, but no profit: The German cycling hopes Nils Politt, Lennard Kämna and Co. have to wait for the longed-for first stage victory in the 109th Tour de France, despite a self-sacrificing battle in the heat battle in the Massif Central. One day after Kämna missed the day's success, his teammate Politt von Bora-hansgrohe's attempt to escape also failed at temperatures of around 40 degrees.

"It was brutal. When you feel a burning wind on your skin on the descent, you know it's really hot," said Bora teammate Maximilian Schachmann on ARD: "We did the best we could, unfortunately it didn't It worked. We're satisfied with our driving style. You can't blame us for hiding in the field."

In the battle for the yellow jersey, overall leader Jonas Vingegaard and his hitherto dominant team Jumbo-Visma suffered a setback: the Dane fell almost 60 km from the finish, but got away with a fright and was able to continue. Previously, Vingegaard's key helper Steven Kruijswijk had been taken away in an ambulance after a fall. The former tour second Primoz Roglic had already left the race before the stage. Jumbo-Visma only has six riders left in the last week of the tour.

When the Belgian Jasper Philipsen won the first Tour stage after 202.5 km from Rodez to Carcassonne, Politt, who had celebrated his first Tour day success last year in Nimes on similar terrain, was almost 50 kilometers behind. The man from Cologne had previously been on the 15th stage in borderline weather conditions for more than three hours together with the Norwegian Mikkel Frölich Honore. Politt was voted the most combative driver of the day for his strong performance. Before the start, it was already certain that Berlin's Simon Geschke would wear the mountain jersey he conquered last Sunday until the last rest day of the Tour of France on Monday.

Due to the extreme heat, various precautions were taken to protect the drivers during the race on Sunday. With the help of local firefighters, water sprinklers were placed along the route to cool down the driver's field and the streets. In addition, the team vehicles were allowed to serve food on the last ten kilometers before the finish.

Completely unimpressed by the brutal conditions, Politt immediately attacked shortly after the start. The German champion's escape attempt was followed by the all-rounder Wout von Aert in the green jersey and Frölich Honore. However, with 160 km to go, van Aert, who had won stages four and eight, gave up his work and dropped back.

The peloton increased the pace, Politt and his comrade-in-arms fought doggedly on the boiling hot asphalt - without success. In the final phase, Philipsen had more staying power in the mass sprint. Van Aert was second. Mads Pedersen, who clinched his first stage win on Friday, followed in third.

On Saturday, Kämna had missed the day's win for the third time in the third attempt - the 25-year-old ended up as a breakaway in eighth place. The Australian Michael Matthews, who celebrated his fourth career success in the Tour of France, clawed the stage win.

After the drama on the seventh stage, when he was only a few meters away from victory on the Super Planche des Belles Filles, Kämna had to let the other top riders go a few kilometers before the finish this time - Politt's dream ended much earlier. 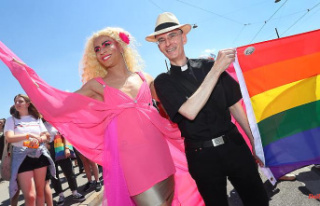