Business relationship is terminated: Hinteregger is outraged by research on "Hinti Cup"

Eintracht Frankfurt professional Martin Hinteregger is organizing an event for amateur football and concerts in his home country. 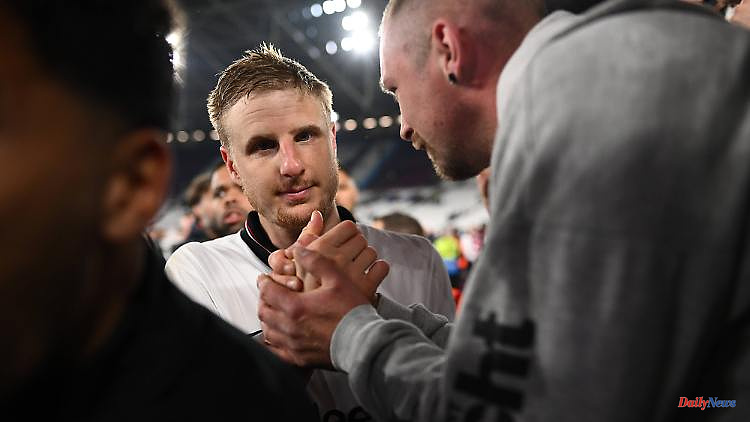 Eintracht Frankfurt professional Martin Hinteregger is organizing an event for amateur football and concerts in his home country. What should be a fun long weekend is now open. Because research uncovers business connections between the footballer and a right-wing populist. Hinteregger reacted with outrage - and acted quickly.

Martin Hinteregger reacted with outrage to the research into him and his business relationship with a right-wing populist. "It's unbelievable that a stranger can say such things about me," writes the soccer professional from Eintracht Frankfurt on Instagram about journalist Michael Bonvalot. The Austrian had published research about the Austrian international on his blog.

It's about the "Hinti Cup", in which a hobby football tournament and concerts are to take place. He is planned for the coming week in Carinthia, Austria, in Hinteregger's hometown of Sirnitz. The 29-year-old organizes this together with his business partner Heinrich Sickl and founded "Hinti Event GmbH" with him and a restaurateur. Sickl is a FPÖ politician who is known for his connections to the right-wing scene. Bonvalot calls him a "very well-known face in the Austrian right-wing scene". According to the research, Sickl is said to have already organized events with Götz Kubitschek, the central figure of the new right.

Hinteregger disagrees with Bonvalot, who says it's "rather unlikely that Hinteregger doesn't have at least an idea who he's working with." Because Sirnitz has less than 300 inhabitants and Hinteregger's father Franz is the head of the municipal office. "I have no knowledge of past or future activities on the part of the Sickl family, I just want to hold a football tournament and nothing more," said Hinteregger.

Hinteregger also defended himself and Sickl: "I am rooted in Sirnitz just like the Sickl family, I would like to show my appreciation and thank my fans, patrons and supporters from childhood with the 'Hinti-Cup', and I got out of this reason to look for a suitable location." Elisabeth Sickl, Heinrich's mother, also belongs to the Sickl family. In 2000 she was Federal Minister for the FPÖ for a few months. She owns Albeck Castle, where the concerts are to take place. "It goes without saying that Albeck Castle, the property and the surrounding area are ideally suited for this," Hinteregger explains the choice. "In the last 35 years there have been countless concerts, exhibitions and theater performances by national and international artists at Albeck Castle, such as [actor, editor's note] Otto Schenk, [songwriter, editor's note] Bluatschink, [ violinist, editor's note] Franziska Pietsch and many more."

Hinteregger continues: "I have friends all over the world through my time in professional football and also privately, and I clearly reject accusations that I am right-wing and continue to fight against any kind of discrimination!" However, Bonvalot emphasizes in his publication: "Hinteregger is not assumed to have any relevant attitude in this article."

So that it cannot be assumed that he would associate with right-wing populists, he turns away from his business partner, despite the previous defense of the Sickl family. "Any business relationship with the Sickl family will be terminated with immediate effect based on the current state of knowledge, and the 'Hinti-Cup' event will be examined as an alternative in order to clarify a further course of action." Sickl was listed as a press contact on the event website until Thursday morning, but has already been replaced. Whether the "Hinti-Cup", to which DJ Ötzi and the Frankfurt rapper Vega were also expected, will actually take place is probably open.

1 52 years after the deadly tragedy: Messner's... 2 "I'm a happy man": Chris Pratt raves... 3 "Possibly the largest in Europe": Huge predatory... 4 Saxony: Man after attack in Leipzig in mortal danger 5 Baden-Württemberg: PFC traces in gardens of a Baden-Baden... 6 Spain. Due to a fire in the south, 2,000 people were... 7 Finance. Elisabeth Borne can confirm that fuel taxes... 8 Saone-et-Loire. Police take custody of a 14-year-old... 9 Bayern: Jahn Regensburg signs attacker Owusu until... 10 Hesse: Two seriously injured in an accident near Frankfurt... 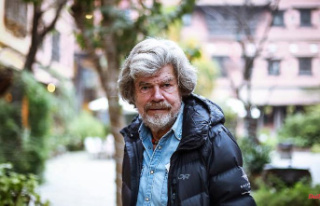 52 years after the deadly tragedy: Messner's...