BVB newcomers stir up DFB: Adeyemi and the "Dortmunder Jungs" are already teasing

The well-known "Bayern axis" at the DFB, it gets competition. 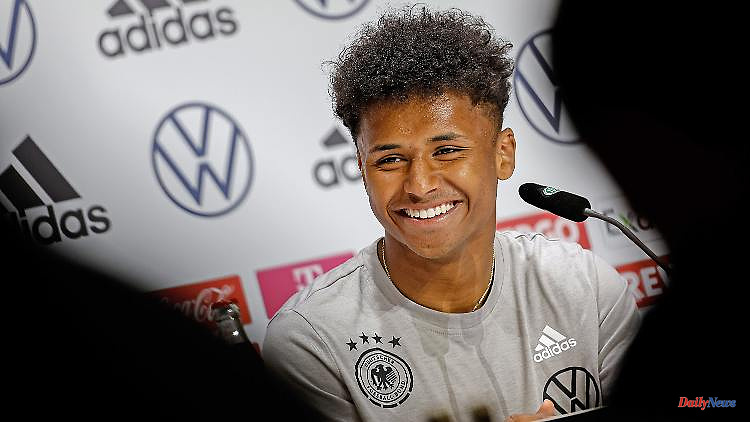 The well-known "Bayern axis" at the DFB, it gets competition. Five current and future players from Borussia Dortmund are in the squad for the Nations League. One of them is newcomer Karim Adeyemi, who, in addition to teasing, shows himself to be a teachable young player.

Karim Adeyemi is satisfied. Luckily only one is missing. The man the 20-year-old considers a "fantastic player". Who, if he really should switch to Bayern, would "make the Bundesliga more attractive": Sadio Mané. "But unfortunately he's going to the wrong club." FC Bayern is, it's that simple, not Borussia Dortmund.

As is well known, Adeyemi himself is drawn there. He would then be a competitor of the Liverpool player who is associated with the German record champions. They share a past. While Adeyemi is only now moving from RB Salzburg to BVB, Mané played for the Austrians from 2012 to 2014. "I talked to a lot about him in Salzburg. He wasn't that strong back then, but you can see how well he's developed."

The 30-year-old is where Adeyemi still wants to be: at world-class level. Mané's market value puts transfermarkt.de at 80 million euros, the DFB professional is at 35 million euros - but is also ten years younger. And knows how to get better as quickly as possible. Among other things, in the courses of the national team with coach Hansi Flick - and of course in the games, like now in the Nations League against Italy (Saturday, 8.45 p.m. / RTL and in the ntv.de live ticker), England and Hungary.

He doesn't make any big demands. Adeyemi wants to play where he's needed. "Front, wing, striker, alone or doubles, I can play it all," he said at the press conference. "In the end it's important that the team wins, if it's even nicer with me," if without him, then so be it.

Adeyemi can also use the current meeting of the DFB team to get to know his future teammates - the "Dortmund boys", as he calls them - better. After all, he will play together with Nico Schlotterbeck, Niklas Süle, Julian Brandt and Marco Reus, who is currently absent due to illness, at BVB. A BVB axis that competes with the Bayern block at the DFB. "Of course there are a few taunts, but we are a team here at the DFB," said Adeyemi. "What happens in the Bundesliga, happens in the Bundesliga."

Still, there's no denying that the young striker is already feeling pretty comfortable with his future team-mates. He gets along very well with "Schlotti" in particular, the two have known each other since the U21s. "We Dortmunders have a lot of fun together here. But it's important that we all understand each other," he emphasized. "All the newcomers want to settle down in Dortmund first and then we'll see how the season goes."

The move from the Austrian champions to the German runners-up "won't be easy," said Adeyemi. "But I feel good and ready. I have a good chance of getting my minutes there." Even as a small child he was a "fan of BVB's style of play," he said. "It caught me that they have a dominant, aggressive style of play" and explained that BVB play quickly forward and that he fits well into the team with his speed.

And maybe it's not so bad for Adeyemi personally that Mané is definitely not moving to BVB. At Bayern he would be a powerful offensive weapon for the competitor, but Adeyemi does not have to fight him for a place in the starting XI. Schlotterbeck, Süle, Brandt and Reus - they can all play together with Adeyemi. Just like now in the national team. 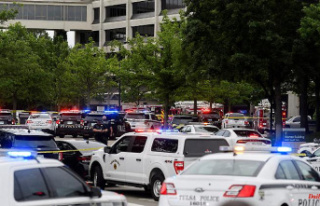