Calmund, Hoeneß and the cocaine: The deep fall of Christoph Daum

Season 2000/01: Hardly any season in the 60 years of the Bundesliga has caused as much excitement and emotion as this one. 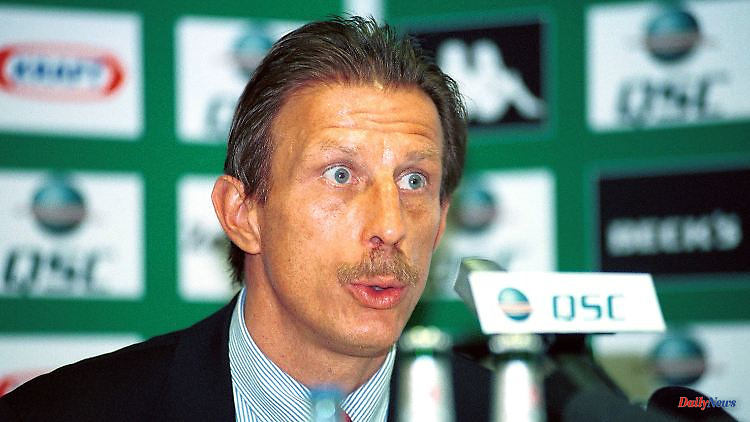 Season 2000/01: Hardly any season in the 60 years of the Bundesliga has caused as much excitement and emotion as this one. In Gelsenkirchen they still cry when they think of the "masters of hearts". But one man and his fate outshines everything: Christoph Daum and his deep fall.

In Unterhaching, the band "Blechschaden" played at every home game this season. Under the direction of the Scotsman Bob Ross, the "Radetzky March" sounded during the attacks of the Hachinger. If a player from the visiting team received a yellow card, the beautiful classic "Up on the yellow car" was played. At the end of the season, the game association at Schalke was supposed to be part of an unforgettable spectacle - but before that, one man legendaryly caused crooked sounds and more than just a "body damage": Christoph Daum.

But first of all, on August 12, 2000, the coach of Bayer Leverkusen made a stylish appearance in a class of its own. In the game against VfL Wolfsburg, he appeared all in blue. Reiner Calmund was enthusiastic: "I found the suit very good. Christoph Daum would certainly have made an even better impression as a pop star in a discotheque. I was surprised that he looked like a modern Elvis Presley. It was just missing a bit of glitter." But shortly after the dazzling performance as the "blue thumb", the career of the Leverkusen coach in Germany came to an end.

In the fall begins the story of the deep fall of a great hope of the republic to the outlawed cocaine snuffer, who finally leaves the country in a cloak-and-dagger operation. When Erich Ribbeck had to vacate his post after the disastrous European Championships in Belgium and the Netherlands, a task force was formed at the DFB, headed by Karl-Heinz Rummenigge. This managed to convince Christoph Daum to leave Bayer Leverkusen after this season to take over the national team. Part of the deal: Rudi Völler was temporarily appointed national coach. At first glance, everything was well thought out, but then things got complicated.

When the DFB-Elf, led by Rudi Völler, beat England 1-0 in Wembley, Uli Hoeneß gave a memorable interview to the "Abendzeitung" in Munich at the same time, in which he said: "The DFB can't do any action 'No power to drugs ' start, and Mr. Daum may have something to do with it." The Bayern manager also spoke of the rumors about "prostitution" and "attempts at blackmail" that were circulating about Daum and came to the conclusion: "If everything that was written about is a fact, also unchallenged, about Daum with a cold, then he can't become national coach. I don't have any proof yet. But if someone does it, I won't do it."

An avalanche had started. Daum replied irritably that he would comment on the allegations at a press conference on October 9th. Absurd rumors made the rounds. There was even speculation in media circles that the results of a nasal septum operation from 1996 might be published. But then Daum did something completely surprising himself. He actually went on the offensive as the accused, gave a hair sample and explained: "This hair sample was taken under the supervision of a notary, sealed and will be handed over to the Institute for Forensic Medicine in Cologne today. I'm doing this because I have an absolutely clear conscience." After this courageous step, his lawyer Matthias Prinz stated that Daum "can prove without any gaps that he never used drugs".

Football Germany was now split into two camps: the Daum supporters and the Hoeneß supporters. DFB President Mayer-Vorfelder wanted to create clear conditions: "The matter cannot be buried. It must be dealt with. It must be said who is right. And then, if necessary, consequences must be drawn." After a DFB peace summit with Mayer-Vorfelder, Calmund and Hoeneß, Daum, who did not take part himself, announced full-bodiedly: "The prerequisite for a conversation between Gerhard Mayer-Vorfelder, Uli Hoeneß and me is that Uli Hoeneß is with my children and apologize personally in all forms."

Meanwhile, everyday life in the league went on. Bayern manager Hoeneß was badly insulted by the audience in the 1-0 defeat of Munich in Cottbus ("Hoeneß, go to the sanatorium"). But then the story finally got clear: the result of the hair test was there. Not on October 13 as planned, but only a week later, because the doctors examined the sample three times. They were so surprised by the "extremely high values" that they preferred to play it safe. Uli Hoeneß then: "I would never have thought it possible that the hair test was positive. On the Friday evening when the result was on the table internally in Leverkusen, Reiner Calmund gave me a tip. The following Sunday, Daum actually wanted to be in Frankfurt with me negotiate his claim for damages."

The Bundesliga wondered how the Bayer coach, who flew to the United States the night after the result was known, could commission the hair sample. Bayer CEO Wolfgang Holzhauser had a possible explanation: "I believe that Christoph Daum no longer acted rationally." Rudi Völler said in shock: "Matthias Sammer, Reiner Calmund and I will try to help him." And Calmund, who was also completely surprised: "I said to Christoph: If the sample is correct, then you're sick, boy, then I'll help you."

On the day the results were announced, Franz Beckenbauer summed it up very farsightedly: "He may be ill. Anyone can be cured of an illness. If Christoph Daum is healthy, why shouldn't he return to the coaching bench?" Just a few days later it was clear: Rudi Völler will finally take over the post as national coach from Christoph Daum.

Barely three months later, on January 12, 2001, Daum gave another press conference on German soil. In Cologne, moderated by Werner Hansch, 30 camera teams, 50 photographers and over 200 journalists heard the former star coach of the Bundesliga say: "The hair analysis that I had done, you have to say in retrospect, was a mistake (laughter among the listeners). I also imagined it differently."

Meanwhile, a football drama happened at Schalke on the 34th matchday. The Royal Blues were only able to secure a 5:3 victory over Unterhaching on this memorable day in the final quarter of an hour. But without a win for HSV in Hamburg against FC Bayern, the championship would not come to pass. The jubilation in the Parkstadion was all the more boundless when Sergej Barbarez made it 1-0 for Hamburg in the final minute. When "Premiere" reporter Rollo Fuhrmann finally gave the signal that the game in Hamburg was over, there was no holding back. Only seconds later, however, the television picture from the Hanseatic city appeared on the screen in Gelsenkirchen. Contrary to Fuhrmann's announcement, the TV was still playing.

And at that moment, Bayern received a free kick. Seconds later the ball was in. In stoppage time. Referee Merk didn't even start again. Bayern goalkeeper Oli Kahn would later say that in the moments after HSV scored the opening goal, he only thought: "We have to keep going. Keep going. Keep going." And while Bayern cheered happily, the badly injured Schalke manager Rudi Assauer said a legendary sentence in a voice choked with tears that day: "If there is a football god, he is unjust. He died for me." 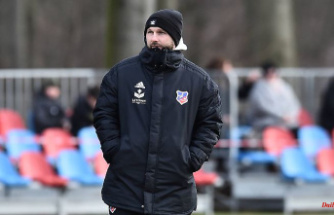 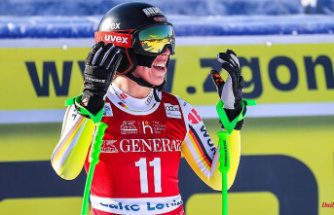 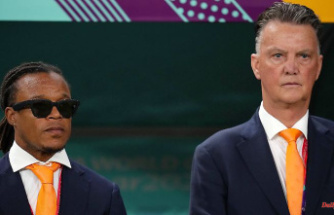 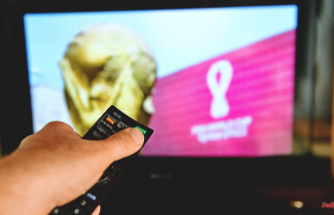 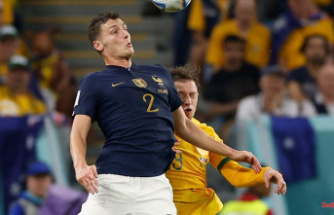 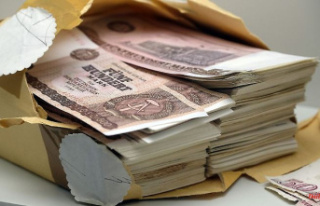