Canadian Houle races away from everyone: Geschke clings to the mountain king title

The dream of a place at the top of the podium is getting closer and closer: Simon Geschke continues to drive towards Paris in a mountain jersey. 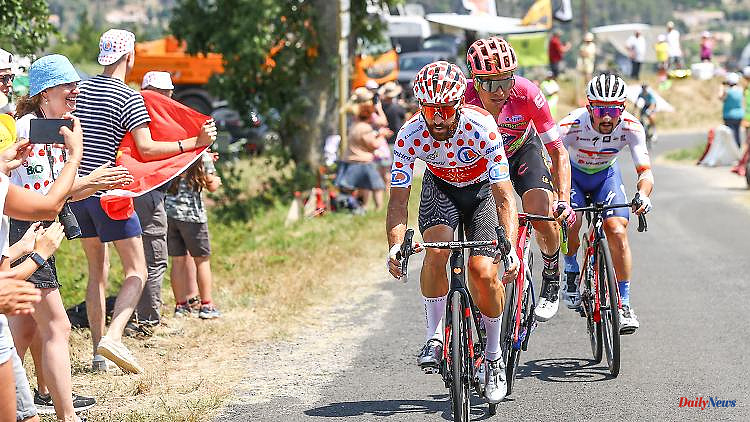 The dream of a place at the top of the podium is getting closer and closer: Simon Geschke continues to drive towards Paris in a mountain jersey. At the Tour de France he could become the first German to win the polka dot jersey. But corona problems in his team put a damper on him.

Despite new corona worries, Simon Geschke defended his mountain jersey with a big fighting heart, defending champion Tadej Pogacar made the man in yellow sweat with sharp attacks: The fight for the podium at the 109th Tour de France came to a head at the start of the Pyrenees trilogy. Almost as expected, Pogacar switched to attack mode - albeit without success. Jonas Vingegaard also showed no weakness on the 16th stage over 178.5 kilometers from Carcassonne to Foix, where breakaway Hugo Houle ensured the first Canadian victory in 34 years and remains on course for victory and in yellow.

The end of the tour by Cofidis teammate Walscheid should put Geschke in an alarm mood, after all, the native of Berlin has often shared a room with Walscheid in the past few days. Nevertheless, Geschke showed great courage again, secured the mountain jersey on the eighth day in a row and even extended his lead in the climbing section. The 36-year-old was the first to cross the 1517 meter high Port des Lers, secured two important points on the last climb and finished eighth.

The yellow jersey remains on the shoulders of Vingegaard, who was attacked a number of times by Pogacar on the penultimate climb but was always in control. Both reached the finish just under six minutes later. The showdown comes at the mountain finishes in Peyragudes and Hautacam on Wednesday and Thursday.

But in the duel for yellow, the stars of the scene are increasingly losing their most important trump cards. After Vingegaard lost the two noble helpers Primoz Roglic and Steven Kruijswijk on Sunday, Pogacar is now threatened with the loss of his third helper Marc Soler. The Spaniard had to vomit during the stage, visited the tour doctor several times and fought his way up the mountains just before the broom car.

The day's win was decided on the final climb when Houle broke away. A breakaway group of 29 had formed early on, which fell apart more and more during the ride over two category 1 mountains in the last third of the stage. Captain Alexander Wlasow of the German Bora team couldn't keep up either, but moved up to a top ten place in the overall standings by finishing sixth. 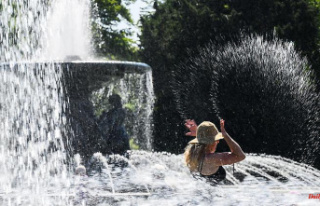