The British Grand Prix lasts only a few seconds, then the red flag follows. 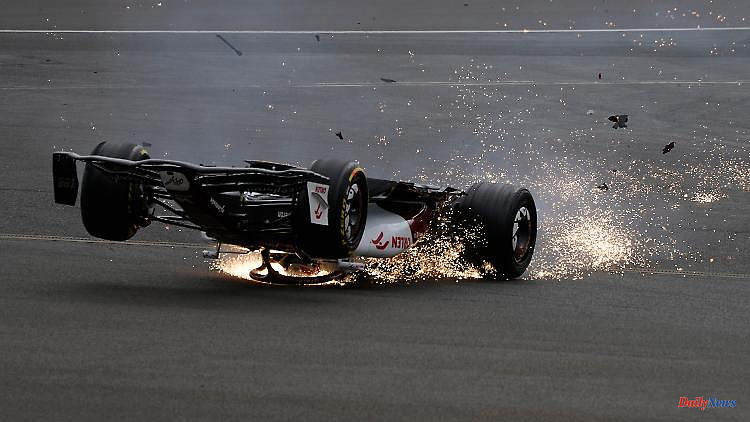 The British Grand Prix lasts only a few seconds, then the red flag follows. Guanyu Zhou flies off dramatically in the Alfa Romeo and lands in the safety fence behind the stacks of tires. After long minutes of waiting, a first cautious all-clear follows.

The international direction of Formula 1 keeps the viewers waiting for almost 25 minutes, which becomes understandable the moment the first reruns roll over the screens. The British Grand Prix (now live on free TV on RTL) is immediately interrupted with a red flag after a serious accident at the start. On the way into the first corner, Guanyu Zhou levered out the Alfa Romeo and turned it around, causing the Chinese to slide with his car at high speed onto the gravel bed.

There the car hurls into the air, over the tire stack, which is supposed to slow down and end such departures, into the safety fence. After anxious minutes, the first official all-clear follows: Zhou is responsive, on his way to the medical center and, given the circumstances, he is doing well. The numerous fans at the Silverstone Circuit expressed their visible relief at the apparently minor outcome of this dramatic accident with applause.

Beat Zehnder, Alfa Romeo's Swiss team boss, says in a first brief interview on Sky: "He speaks and doesn't seem to have any external injuries." The former Sauber racing team then tweeted: "Guanyu Zhou is conscious and is now in the medical center for further examinations." The former Formula 1 driver and current RTL expert Christian Danner meanwhile considers it "a good sign that he was driven by car and not flown by helicopter." A ready-to-fly helicopter is mandatory in Formula 1 to enable rapid medical care in the event of serious injuries.

More on that shortly. 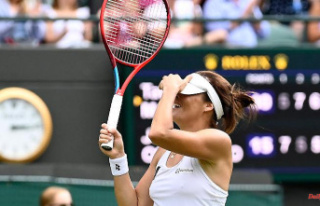 Niemeier and Maria in a duel: Wimbledon sensations...