In the first game of the NBA Finals, the Boston Celtics are now trailing a 15-point deficit. 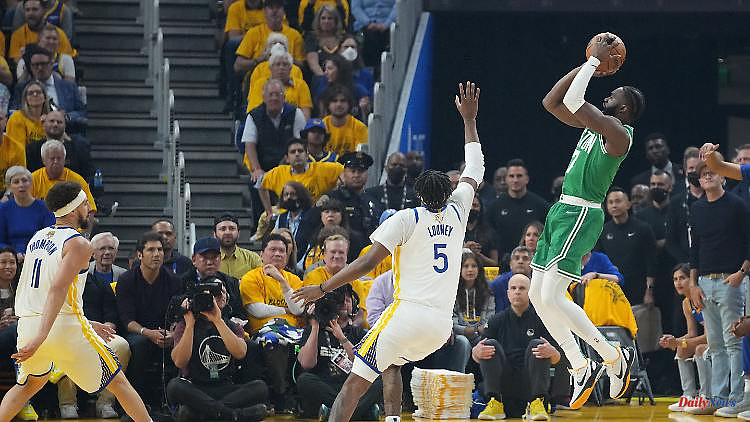 In the first game of the NBA Finals, the Boston Celtics are now trailing a 15-point deficit. But a sensational run in the final quarter turns the game and gives the Celtics a win on the road. The German David Theis could achieve something big eleven years after Dirk Nowitzki.

Daniel Theis hugged every teammate within reach and went into the dressing room with a big grin after a strong comeback win for his Boston Celtics. From a 15-point deficit, the NBA record champion made a 120:108 win at the start of the final series against the Golden State Warriors on Thursday evening (local time) - and the national basketball player can continue to dream of it, eleven years later Dirk Nowitzki's victory with the Dallas Mavericks as only the second German to win the championship in the North American league. "Now I'm part of it and I have the chance to achieve something big," said the 30-year-old.

Stephen Curry gave the Warriors seven three-pointers and 34 points overall, but he couldn't stop the Celtics' 17-0 run in the final quarter either. For his part, 36-year-old Al Horford hit three-pointers for Boston when it mattered most and led his team to victory by 26 points in the first finals game of his career. "It's fun," said Theis about the success in the Chase Center, which in the end was only filled with life by the few Celtics fans.

At the start of the season, such an experience was unthinkable - Theis had just signed a four-year contract with the Houston Rockets and was preparing for months of development work. "I would have been on vacation for two months and would have watched the finals somewhere on TV," he said. But because the Celtics brought him back to the city where his NBA career began in 2017 at the last minute of the transfer window, the man from Lower Saxony is now only the third German after Nowitzki and Detlef Schrempf to take part in the finals in the best basketball league of the world is involved.

After the last three-game break at the end of the Eastern Conference final series against the Miami Heat, coach Ime Udoka Theis sent back on the pitch. In his nearly six minutes, he hit his only throw and posted three points. "Extremely happy. First game in the finals and we won it," said Theis. If the Celtics win their first title since 2008, they would be the sole NBA record champions again with 18 wins ahead of the Los Angeles Lakers. In addition, three more successes in the final series against the Warriors are missing.

In game two on the German night on Monday (2 a.m. CEST), a win is now mandatory for the Warriors before the next two games in Boston in order to underpin their own title ambitions. For a long time it looked like the tenth playoff home win in a row this season.

"We played extremely badly, especially in the third quarter and didn't defend. We also have to take things away," criticized Theis despite the win. "I think we gave Steph Curry 21 points in the first quarter and open threes, not communicated on defense. For us it's also about playing much better than what we showed today." 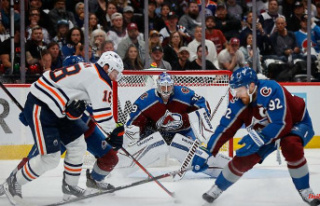