"I really want to train with you," Robert Lewandowski is said to have whispered to Barca coach Xavi during a short visit. 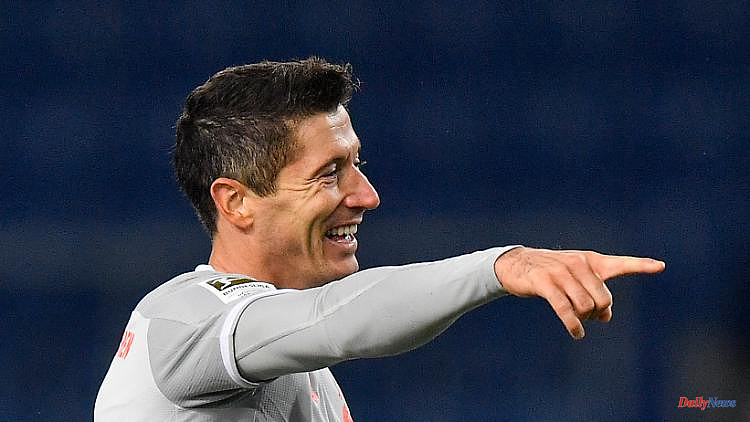 "I really want to train with you," Robert Lewandowski is said to have whispered to Barca coach Xavi during a short visit. Can he finally: Several media reports that the months of alternating theater are coming to an end – and FC Bayern is receiving the desired transfer fee.

The months of alternating theater around Robert Lewandowski is over. The star striker, who had publicly communicated his desire to leave Bayern Munich more than clearly, joins FC Barcelona. The "Bild" newspaper, the "Kicker" and also the US sports broadcaster ESPN report that FC Bayern and the Catalans have agreed on the minimum transfer fee of 50 million euros demanded by the Munich team - plus bonus payments. Lewandowski receives the desired three-year contract in Barcelona.

With Lewandowski, Bayern are losing their absolute goal guarantor: since moving from Borussia Dortmund to the Isar in 2014, he has scored an impressive 344 goals in 375 games for Munich. During this time, the Pole was the first Bayern professional to win the world football championship twice (2020 and 2021), won the Champions League (2020) and broke the "eternal" Bundesliga goal record of "Bomber" Gerd Müller with 41 goals in the 2020/21 season .

But he never became a real fan favorite like his congenial offensive partner Thomas Müller. FC Bayern, it seemed to many, was Lewandowski only a means to an end - more titles, more goals, more fame, more money. He got more than enough appreciation from the club, the bosses paid tribute to him and his contribution to success in the most unctuous words. But when they tried to find Juwel Erling Haaland as a possible successor, the relationship cooled off noticeably until it broke in the spring.

Lewandowski is said to have started looking for a new place to live in Barcelona in April. At that time, CEO Oliver Kahn called the rumors of change "nonsense". On May 15, at the championship celebration, the boss spoke his now famous "Basta!" out, alone: ​​it didn't help. "FC Bayern is history for Robert," his advisor Pini Zahavi etched eight days later.

But Bayern initially remained stubborn, insisting on compliance with the contract until 2023. Lewandowski felt compelled to take matters into his own hands - and gave some remarkable interviews. "My story at Bayern is over," he said on May 30, and: "I hope they don't stop me just because they can."

Neither Kahn's sniffly reaction nor a phone call and later arbitration discussion in Mallorca with sports director Hasan Salihamidzic changed this attitude. Lewandowski was instead seen in Ibiza with Barca coach Xavi. "I really want to train with you," he is said to have whispered to him when he said goodbye. His wish is now being fulfilled - although he actually always wanted to go to Barca's rival Real Madrid.

30 million euros, then 32, later another 40 million including ten million in bonuses - Barca had previously been rebuffed several times by Bayern. The "Basta!" von Kahn crumbled very slowly, but now the Munich team could no longer say no. Especially since they urgently needed the money for their own efforts in the transfer market. 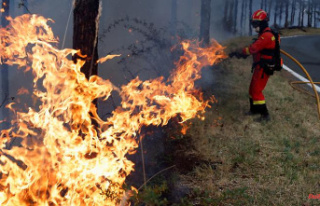 Consequences of the heat wave: forest fires in southern...