For the first time in the history of the CHIO in Aachen, a horse is said goodbye to the big sport with its own gala. 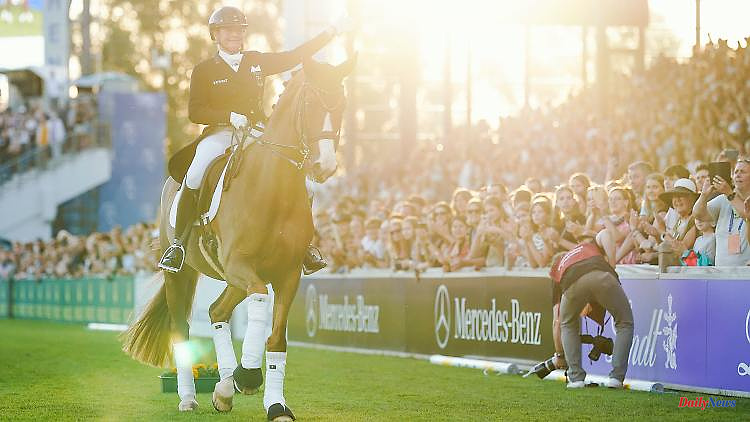 For the first time in the history of the CHIO in Aachen, a horse is said goodbye to the big sport with its own gala. The stage is set for Bella Rose and Isabell Werth and the dressage duo uses the performance in front of an enthusiastic crowd to give them goosebumps.

Nobody can describe the qualities of a horse better than the ARD reporter legend Carsten Sostmeier. When Bella Rose gave her rider Isabell Werth the best present for her 50th birthday three years ago, winning the CHIO, the equestrian poet raved about the "gazelle dancer" and "pure world class". And because Sostmeier is such a fine observer who even recognizes slight weaknesses in the canter, contradiction is not worthwhile. Bella Rose is one of the greatest dressage horses of all time - and is now saying goodbye.

The 18-year-old mare danced through the legendary arena in the Aachen Soers dressage stadium once more on Friday evening. Once again this fascinating dream couple of the dressage scene showed the impressive freestyle with which they had won the Grand Prix of Aachen on Werth's anniversary. In perfect harmony to the sounds of "Freude schön Götterfunken" Bella Rose piaffeed and passaged as lightly as ever, turning the pirouettes with pinpoint perfection. old age? Not with the Grande Pferde-Dame!

"She should probably go to the grand prix on Sunday rather than at the farewell gala on Friday," said Isabell Werth before the last dance: "But it's okay the way it is." And although the dressage icon was able to adjust to this moment for a long time, after the final ride in front of 5000 spectators she was overwhelmed by great emotions and tears. "I can't express what it means to me to be able to say goodbye to Bella with this dignity and in this form," said the 52-year-old. She and the mare have been the perfect symbiosis of man and animal for years. A relationship that is very rare. "Bella is Bella," Werth always answers when she has to explain what is so special about this horse.

In the CV of the successful rider there is no lack of great horses. For example, there was the Hanoverian gelding Gigolo, who died in 2009, with whom Werth won her only Olympic gold medal in individual competitions in 1996 in Atlanta. But there was also Satchmo, her "most difficult but also most important horse". With his antics, he cost Werth the second individual Olympic victory in Hong Kong in 2008, but gave her team gold and a world and European title. And then there was the reliable Weihegold.

But nobody was like Bella Rose. Like this legend horse. The 52-year-old saw the best characteristics of all her horses combined in the mare. And if you can say it like that, Werth fell in love with Bella Rose. It was love at first sight. In Klaus Lage's words, it "made zoom". Werth himself said that lightning struck when they first met. That was in a riding arena in 2007, Bella was three years old. "I had goosebumps and knew: This has to be my horse," Werth once told the "Süddeutsche Zeitung".

It didn't just have to be Werth's horse, it was. The patron and close friend Madeleine Winter-Schulze buys the young mare and puts her in the charge of the dressage legend. She teaches Bella Rose how to ride in a square and makes her one of the best horses in history. The sports information service recently wrote in Sostmeier-esque beauty: "The mare dances through the arena as light as a feather, elegant as a ballerina, powerful as a model athlete."

But the fairytale rise has to cope with a crashing shock. The horse is lame at the 2014 World Equestrian Games. An inflammation of the hoof corium is causing him problems. The team gold in Caen is followed by what seems like an eternity, a quick comeback attempt fails. Bella misses the best three and a half years of a dressage horse. But Isabell Werth doesn't want to give up on her, she keeps at it, tries everything, goes every way, consults countless veterinarians and therapists. And is successful in the end. At the 2018 World Championships in Tryon, she won two gold medals with Bella and let tears of emotion run free. A year later, gold was added three more times at the European Championships in Rotterdam, in 2021 gold and silver at the Olympics in Tokyo.

While Bella Rose is now a member of the four-legged "pensioner gang" at Werth's estate in Rheinberg, the most successful rider in history has already announced new feats. "We are currently under construction and are working on being able to inspire you all with new young horses soon," she promised the Aachen audience. Quantaz and Superb are Werth's current championship horses, at home in the stable there is also the highly talented seven-year-old stallion So Unique. In the Nations Cup in Aachen, the seven-time Olympic champion will start with Quantaz in the Grand Prix Special on Saturday. 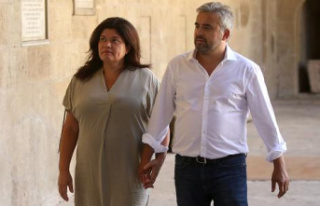