Clap against the follower: Nadal goes down at the start of the ATP Finals

Rafael Nadal and the ATP Finals - it doesn't seem to be a love story this year either. 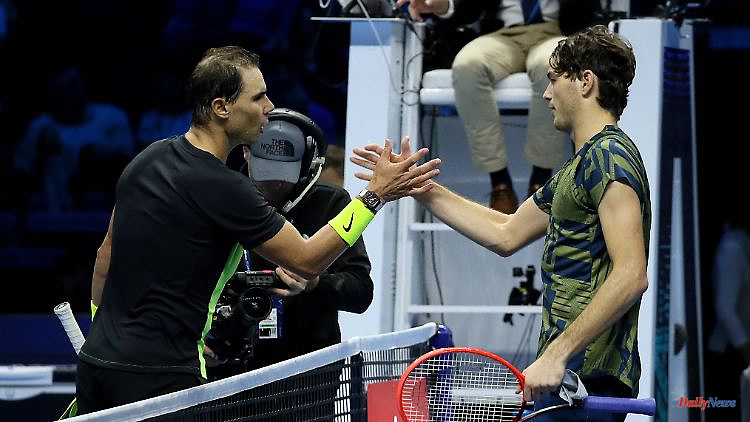 Rafael Nadal and the ATP Finals - it doesn't seem to be a love story this year either. The Spaniard, who has hardly been able to gain any match practice lately, goes down in his first group game against a substitute.

The Spaniard Rafael Nadal suffered an opening defeat at the ATP finals of tennis professionals in Turin. The 36-year-old lost 6-7 (3-7), 1-6 to Taylor Fritz on Sunday evening. The American converted his first match point after 1:37 hours. Nadal has won the Australian Open and the French Open this year. But the record Grand Slam tournament winner had to deal with injuries again and again and was hardly able to gain any match practice due to the birth of his first child. Fritz had only come into the field as a substitute for the injured world number one Carlos Alcaraz.

The ATP Finals are obviously not a good place for Nadal, one of the most successful tennis professionals in history: The Spaniard, Grand Slam record champion and 92-time tournament winner on the ATP tour, has never triumphed at the season finale. Twice - in 2010 and 2012 - he reached the final of the tournament, which was worth around 14 million euros this year, but lost to the big competitors of his era: in 2010 against Roger Feder, two years later against Novak Djokovic. If Nadal won the title for the first time this year, he would replace Alcaraz as number 1.

The Norwegian Casper Ruud had previously won his opener against the Canadian Felix Auger-Aliassime 7: 6 (7: 4), 6: 4. Ruud converted his first match point after 1:51 hours. This year he had reached the final of both the French Open in Paris and the US Open in New York.

Germany's best tennis professional Alexander Zverev is missing at the end of the season of the eight best tennis professionals of the year. Zverev, who has already won the tournament twice, is out due to a foot injury sustained in the French Open semi-final match against Nadal. The defending champion was unable to collect enough points in the second half of the season due to his absence. During the Davis Cup group phase at the end of September, the 25-year-old was then thrown back again due to health issues. 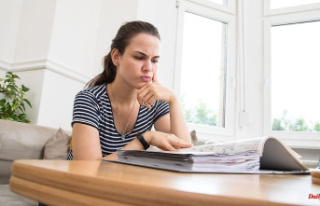 A mountain of bills?: Pay these five liabilities first