Bayer Leverkusen got off to a bad start in the cup, in the Bundesliga and now also in the Champions League. 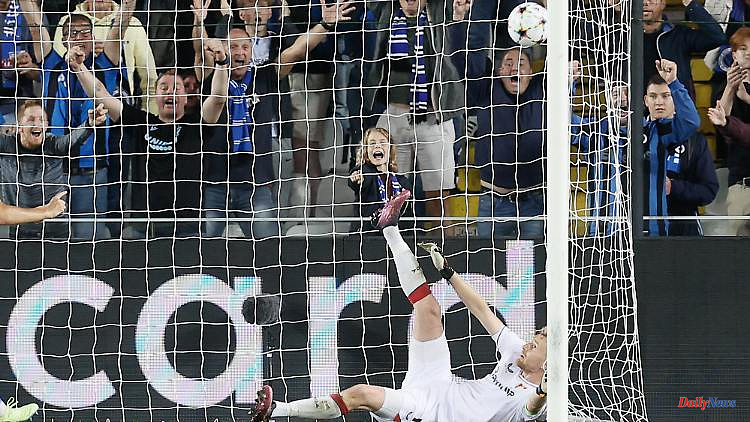 Bayer Leverkusen got off to a bad start in the cup, in the Bundesliga and now also in the Champions League. The Werkself are on the way to losing all their goals. Goalkeeper Lukas Hradecky is good with a clumsy mistake as a symbol, for coach Seoane it should be tight.

The imagination for rumors about Bayer Leverkusen has been really fueled since Wednesday morning. Although coach Gerardo Seoane is apparently still firmly in the saddle, sports director Simon Rolfes asserted like a mantra even after the 0-1 start of the Champions League at FC Bruges. But within an hour, in Domenico Tedesco and Thomas Tuchel, two coaches suddenly came onto the market that Bayer had been interested in in the past. Appreciation for Seoane is still high, but in view of the unprecedented crisis with six defeats in seven competitive games, it would be negligent if Rolfes didn't feel at least once for alternative candidates.

Meanwhile, Seoane seems unusually tense. At the press conference in Bruges, he looked blankly into the room and was curt. He changed the system several times in the games, his team didn't play really badly with a few exceptions, and yet Bayer conceded defeat after defeat. And that against opponents who have to be beaten formally. After all: Rolfes explained that Seoane "did draw the right conclusions" after the first half in Brugge: "He adjusted the team well."

The final defeat was also bad luck, was the unanimous opinion. And it was also close. The decisive goal came from a half own goal when captain and goalkeeper Lukas Hradecky fell in with the caught ball. Which brought the Finn to the pithy statement: "If you're in the shit, then it really sucks." At the other end, Bayer recorded a shot against the post and two goals disallowed for offside.

But the negative series cannot always be explained by bad luck. The problem: Seoane never had to moderate a crisis in his career as a professional trainer. And his boss Rolfes also has no experience with such situations in the front line. After years of good work in the second row, he succeeded Rudi Völler as head of sport in the summer.

And this personality also makes it so difficult to assess whether Tedesco, who was on leave at RB Leipzig, and Tuchel, who was released at Chelsea, would be interesting. In 2017, Völler was seen as the clear driver of a planned commitment by Tedesco, who had already promised Schalke at the time. And in the same year he was considered an opponent of a commitment by Tuchel, from which there is an interesting quote.

Since the 2002 season, when Bayer reached the Champions League final against Real Madrid (1-2), "I'm a real Leverkusen fan," said the former Dortmund player two years ago. And Leverkusen's raw diamond Moussa Diaby said after working at Paris Saint-Germain: "I was and am enthusiastic about him." Incidentally, instead of Tedesco or Tuchel, Leverkusen brought in Heiko Herrlich in 2017.

Now Tuchel and Tedesco are suddenly Seoane's shadow men. But that is just a theoretical scenario as of today. And Seoane is empowered by his boss. He doesn't have the team against him either. "The players have given me a positive response," he explained, referring to the improvement in performance in recent games. "I'm absolutely not worried that there's a problem," said midfielder Robert Andrich. But there is no substitute for victory. "We play football to win games," said Rolfes. And that should happen soon. Otherwise the rumors could really pick up speed.

1 Enough of Hollywood: Eva Mendes didn't want to... 2 For which devices, what can it do?: Apple will distribute... 3 More money than expected: That's how relieved... 4 Saxony: Slight decrease in corona infections in Saxony 5 Bavaria: supply in hospitals threatens to collapse... 6 Mecklenburg-Western Pomerania: the need for nursing... 7 Mecklenburg-Western Pomerania: Greifswald invites... 8 Thuringia: union protest in Erfurt: more relief demanded 9 Baden-Württemberg: Bearers of hope: VfB only outsiders... 10 Baden-Württemberg: the driver crashes into the wall... 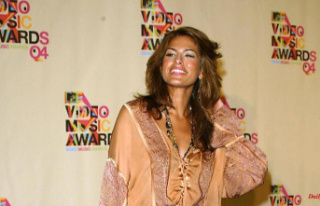