Long jumper Malaika Mihambo causes the Olympic Stadium to tremble, then the newly crowned European Championship silver medalist causes moments of shock: the association reports a collapse, and the all-clear is given during the night. 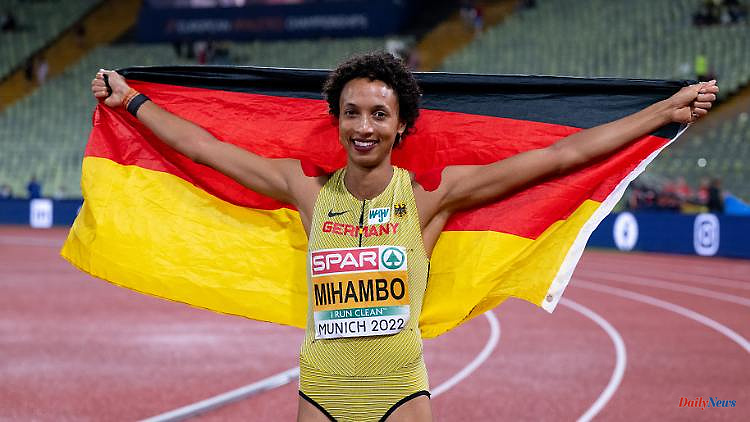 Long jumper Malaika Mihambo causes the Olympic Stadium to tremble, then the newly crowned European Championship silver medalist causes moments of shock: the association reports a collapse, and the all-clear is given during the night. In an interview with RTL / ntv, the Olympic champion reports on a stirring evening.

First, Malaika Mihambo delivered a strong long jump competition at the European Athletics Championships in Munich, in which the Olympic champion was just a tiny bit short of a gold medal. Despite the first defeat at a major event since 2017, she visibly enjoyed the fantastic atmosphere in the Olympic Stadium on the fifth day of the competition. And then came the shock: Mihambo suffered a collapse after circulatory problems, the German Athletics Association announced. It wasn't until late at night that the all-clear came that the tall athlete was "better again".

In an interview with RTL / ntv, Mihambo, who attaches importance to having “won silver and not lost gold” with her jump to 7.03 meters, now described how she experienced the competition – and how the collapse came about. "The day after qualifying, I noticed that I was still a bit tired. I was still tired on the day of the competition and noticed that I can't do too much now, but rather have to slow down and do less to to prepare myself for the evening. Everything was fine when warming up and at the beginning of the competition," said Mihambo, who only recovered from a corona infection shortly before the start of the European Championships.

"From the third jump, I realized that it was going to be really exhausting. My legs started to tingle and get heavier. However, with every jump I tried to approach those 7.06 meters, to do my best. It's natural It's a shame it wasn't enough, but I'm incredibly proud that I've come this far." 7.06 meters, that was the winning distance that the Serbian Ivana Vuleta had set in the pit in the first attempt and that Mihambo chased from then on - and went to her personal limit for it. "I realize that last night I reached my limits and went beyond them and now I just have to continue to recover." But now she's doing better.

On the extensive lap of honor that followed the exciting competition, Mihambo signed autographs, took photos with the fans and cheered for the cameras wrapped in the German flag - and then it was suddenly over: "After the last jump I noticed that I was getting dizzy Then there was the lap of honor, when I was just floored. Also because I hadn’t jogged more than 400 meters since my corona infection. With the lap of honor it was all too much and then I just didn’t feel well anymore. I couldn't breathe anymore, which is another consequence of Corona. Then my circulation stopped playing and it took some time before I was fit again."

Five days before qualifying on Tuesday, it wasn't certain that she would even start. "I notice that I'm more tired than usual after the training sessions. But you can take that into account. And as long as I can get through the training sessions well, it also shows that the body is fit enough to face a competition "Said Mihambo in an ARD interview last week. "At the same time, it's not 100% certain that I'll start." The fight ended with the silver medal - and a restless and turbulent night, "because the competition itself was turbulent, but of course also experiencing a circulatory collapse and shortness of breath. Of course, these are not nice feelings. You have to deal with that too."

The atmosphere in the stadium - additional ticket quotas had been released for the Mihambos competition around the long jump curve - "certainly also helped to hold out longer and not give up earlier when you just notice that your body is tired." She was very happy "that I was able to take the competition with me, that I was allowed to be a part of it. The fans really made the stadium boil, it was a wonderful atmosphere. I also had the feeling that everyone was happy about every centimeter, that I reach and whether that's enough for gold or silver didn't matter anyway." 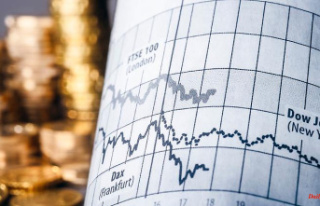 A look at a hot autumn: party atmosphere on the stock...