Cologne home win in the Winter Game: Haie win for the first time in the DEL outdoor game

The light takes some getting used to, the ties around the field are transparent - and the result for the Cologne team is a reason to celebrate for the first time. 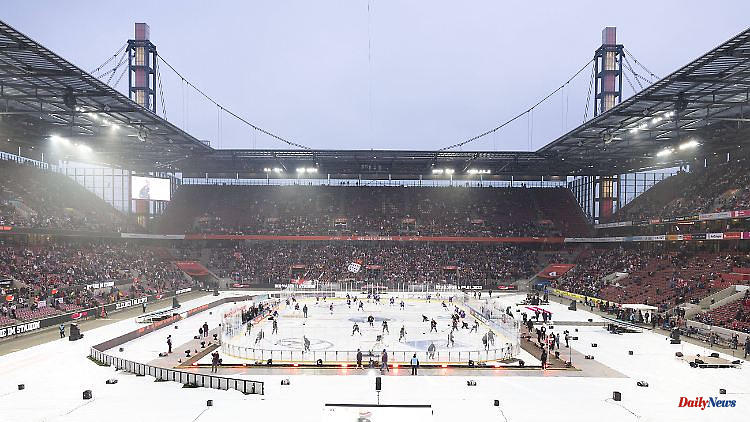 The light takes some getting used to, the ties around the field are transparent - and the result for the Cologne team is a reason to celebrate for the first time. In the Winter Game of the German Ice Hockey League, the Haie beat the Adler Mannheim in the open air.

More than 40,000 fans in the stands, pleasantly frosty temperatures in the stadium and a premiere under floodlights: The Kölner Haie won the Winter Game of the German Ice Hockey League (DEL) for the first time at the third attempt. Head coach Uwe Krupp's team celebrated a well-deserved 4-2 (2-0, 2-1, 0-1) victory over Adler Mannheim in the open-air game in the soccer arena of 1. FC Köln. "It's nice to have won a winter game like this, especially here in Cologne," said Haie captain Moritz Müller at MagentaSport: "That was a good game from us, from start to finish."

Maxi Kammerer (1st) after a lightning start, Louis-Marc Aubry (12th), Nick Bailen (32nd) and David McIntyre (33rd) scored for Cologne in the fifth Winter Game, which was the second and fourth edition of the Open Air -Events had lost against the Rhenish rivals Düsseldorfer EG. Once in the state capital of North Rhine-Westphalia (2015/2:3) and once at home (2019/2:3 n.V.) - now the negative series has come to an end. The Adler's goals came from Ryan MacInnis (29') and Borna Rendulic (46').

For a long time, the people of Cologne had been looking forward to the open-air highlight, which had to be postponed twice. The duel was originally supposed to take place on January 9, 2021, but was only postponed to January 2022 and then finally to December due to Corona. Preparations have been in full swing for weeks.

"It's surreal. A fantastic picture," said Haie Managing Director Philipp Walter, looking into the stadium before the first face-off: "Everyone's in the mood for this game." Despite the special general conditions with lighting conditions that took some getting used to and transparent plexiglass barriers, the sharks did not need any warm-up time. After just 60 seconds the puck was in the Mannheim goal, Kammerer was successful with a slap shot.

Minutes later, the second line of attack struck again, Aubry scored to make it 2-0 after a remarkable move. Cologne could have led higher before the first third break. "We're struggling, Cologne is doing well. We have to do everything better than before," said Adler defender Korbinian Holzer before going into the dressing room.

Mannheim started the game a little better, MacInnis shortened, but Bailen (5 v 3) and McIntyre (5 v 4) scored twice in front of 40,163 spectators outnumbered. The Eagles could only shorten through Rendulic, in between the fists flew. With the win on matchday 27, the Haie consolidated sixth place in the table, while the second-placed Mannheim team failed to close the gap to leaders Red Bull Munich.

In the coming weeks, the ice surface will remain. Since the Bundesliga will be paused for a longer period because of the soccer World Cup in Qatar, the Haie will play two more games in the RheinEnergieStadion. It's against the Fischtown Pinguins Bremerhaven (December 22nd) and the Augsburger Panther (January 8th, 2023). 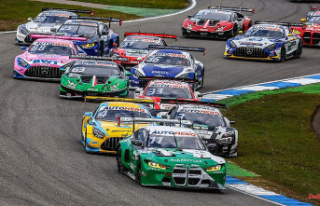