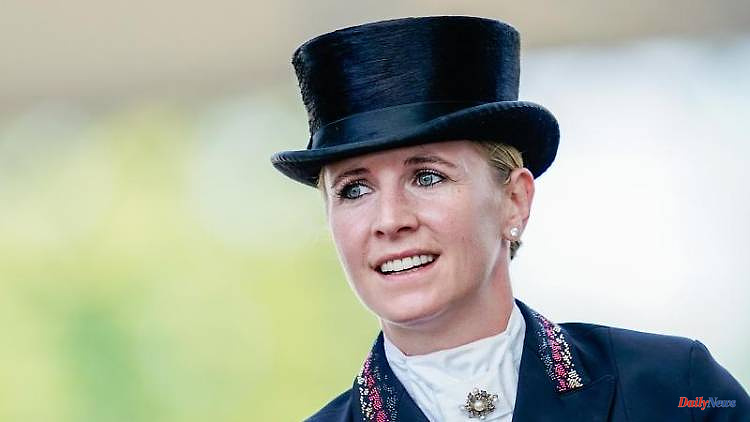 Dressage Olympic champion Jessica von Bredow-Werndl has to involuntarily postpone her planned comeback after the baby break. After the birth of her daughter in August, the world association FEI now denied the 36-year-old permission to start. The rider is angry.

Jessica von Bredow-Werndl is angry because of the maternity leave rule of the World Equestrian Federation FEI. She finds the strict interpretation of the regulations "simply unfair" because the FEI made it impossible for her to come back quickly after her baby break, the successful dressage rider wrote on Instagram. "I was really looking forward to my comeback after the baby break in Ludwigsburg, but participation was not approved," explained the double Olympic champion from Tokyo. The association "denied her permission to start" because of its view of the rules on maternity leave.

The dressage rider from Tuntenhausen in Bavaria wanted to compete in a dressage event in Ludwigsburg six weeks after the birth of her daughter, which begins on September 21st. The 36-year-old rider became a mother for the second time in mid-August.

The regulations are primarily about world ranking points. If you apply for maternity leave, you can keep half of the points for six months, but according to the FEI, you can only ride again after half a year. Whoever starts earlier, as the German dressage rider had planned, loses the points retrospectively during the pregnancy break according to the FEI interpretation. "I cannot understand the decision given the wording of the FEI regulation." Bredow-Werndl received support from the German association FN. It is not regulated "that an athlete also has to take a break for six months," said FN legal advisor Constanze Winter. In their opinion, the athletes can also “end the maternity leave earlier”.

The show jumper Janne Friederike Meyer-Zimmermann has been fighting against the FEI interpretation for months. After the birth of her son Friedrich, she started riding again at an early age. That's why she crashed in the world rankings and, according to her own statement, was not given the right to start in some international tournaments.

Since a short-term decision by the FEI tribunal did not seem realistic, von Bredow-Werndl decided not to file a lawsuit. "I wish for the future (for my colleagues) that the regulations will be adjusted," she concluded her statement and added the hashtag

1 "Nothing to it" about allegations ?: HSV... 2 Buschi and Schmiso on EM cracker: "This is how... 3 Records, TV times, hopes: Kick for the Bundesliga:... 4 "We are in a dilemma": IOC thinks about... 5 No magic wand against the crisis: the German rowing... 6 Excitement about Seidenberg: doping shadow weighs... 7 Anyomi on the start of the Bundesliga: "The hype... 8 Final or bronze, RTL shows EM: German basketball dream... 9 Legendary Jersey From Finals: Jordan Jersey Raise... 10 Posse about national players: Chile's complaint... 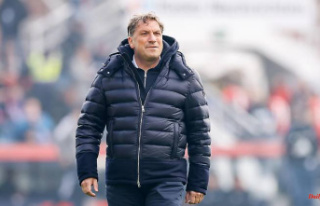