Against all odds: Tatjana Maria once again makes an amazing comeback against Jule Niemeier. 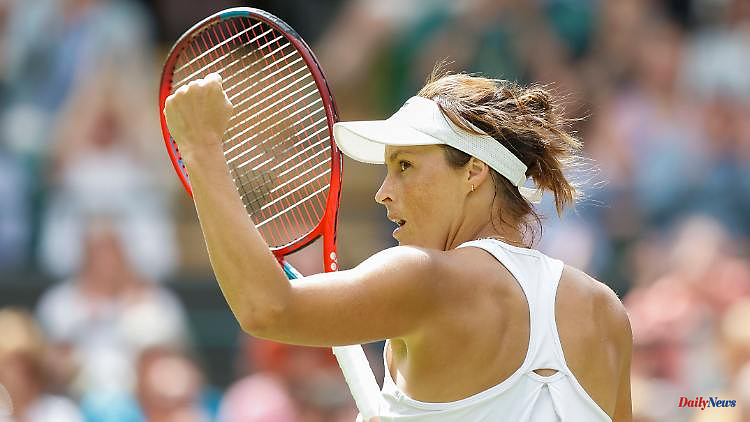 Against all odds: Tatjana Maria once again makes an amazing comeback against Jule Niemeier. How does she do it? The 34-year-old is in the semi-finals of Wimbledon because she has developed a huge fighting heart through many personal setbacks.

How does she do it? Tatjana Maria is behind with a break. In the final set of the German quarter-finals at Wimbledon against Jule Niemeier. It is 2:4 from their point of view. But now give up or even give up? Not an option for the 34-year-old tennis player. Maria fights her way back into the sentence. To the quarterfinals. In the biggest tennis tournament in the world. As so often before in this edition of Wimbledon. In the end Maria is actually in the semi-finals after a real comeback thriller. A sensation.

As in the round of 16, Maria has to play against a more powerful player. As in the round of 16, against Latvian Jeļena Ostapenko, she loses the first set. But then, in only the second meeting of German tennis players ever in the quarterfinals on the Holy Lawn, the hour of the comeback queen came.

Well, almost. Because first Maria “needs” a bigger hurdle for her resurrection and is promptly 0: 1 behind in the second set after a break by the 22-year-old Wimbledon debutant Niemeier. But then: Maria manages the re-break directly. And now she is marching. With tremendous nerves of steel, the 103rd in the world rankings fights her way to a 4-1 lead and grabs the equalizer.

But that's not all. The standing woman shows her qualities in the third sentence. With incredibly cool defensive shots and strong footwork, she works on Niemeier until she makes mistakes. 2:4 becomes 4:4. Maria fights and screams. But the German game also offers breathtaking rallies, the London fans are over the moon. They were particularly taken with the fighter who was so ripped off on the pitch and Maria who was so open and friendly off the court.

The fact that the 34-year-old actually got back up several times after her previous comeback wins and, after falling behind in the set, finally triumphed 4: 6, 6: 2, 7: 5 against the slightly favored Niemeier, leaves many stunned. How does she do it? Where does she get this belief and the irrepressible will that it takes to survive on this greatest of all tennis stages? Where does this warrior heart come from?

stand up woman Comeback Queen. winning mentality. There is an unbelievable amount of work behind this triad. This is neither pure luck nor pure talent. This is suffering. sweat. Training. Thousands of repetitions of the same beats over and over again. These are steps backwards and then, painfully, getting up. Maria doesn't let herself be beaten on the tennis court - and is therefore deservedly in the semi-finals of Wimbledon. Perhaps she will carry this mental toughness even to the finals, possibly even to the title.

But Tatjana Maria doesn't let herself be beaten off the field either. Resilience marks her entire life - lessons learned to draw from in tricky situations in London. Your fighter heart will be formed in "real life". In 2007 she tore a ligament, actually a normal athlete's injury. But the tennis player was treated incorrectly, and a thrombosis formed in her leg. But she fights back and is back on the court the following season. But suddenly she feels pain in her upper body, has difficulty breathing and can only sleep sitting down. The diagnosis is: pulmonary embolism.

The then 20-year-old was in mortal danger and had to spend a week in the hospital. But give up or even give up? No option. Especially Maria's father is at her side. And in fact, half a year later she fights her way back onto the tour. But the next setback follows, because her father succumbs to his own battle and dies of cancer.

Maria then works physically, even plays great tennis, but doesn't find time to process the loss. Until she collapsed completely in 2009 and couldn't go on mentally or physically. Although the tennis player falls out of the 200 in the world rankings, of course she doesn't let this stroke of fate get her down. Instead, first find her husband and trainer, Charles-Edouard Maria - and then find her way back on the road to success. Just comeback queen.

After the birth of her first child, many in the tennis circus write Maria off. The comeback attempts of the great Serena Williams show how difficult the grueling tour life is after a birth and with children. But the always-rising woman keeps fighting and stays on the tour. 15 months ago she gave birth to her second daughter. Again, Maria does not lose her faith and mentality. Although it is anything but easy for mothers on the tour: Childcare is only available at Grand Slam tournaments and pregnant players are considered "injured".

That she can now almost reach for the Wimbledon trophy borders on madness. For the British tabloid "Daily Mail", the story of the 34-year-old is already the "story of the tournament". It turns out, according to the newspaper with an allusion to Williams, who failed sensationally in the first round, "that an older mother could be the story of these championships after all".

Tatjana Maria fights against all odds. And how. The comeback queen also lives up to her nickname and brings back the good old chip-and-charge of the 80s or 90s. So the slice forehand as an attack ball and then off to the net. With this shot, which is actually out of fashion, and perhaps the most disgusting in women's tennis at the moment, Maria annoys her opponents on the holy lawn just as much as with her resurrection qualities.

Losing faith in yourself and your own abilities is not on the agenda. Although there are no world ranking points at the London tournament this time, Maria's enormous fighting mentality could still carry her far this year. Against all odds that may come. And who knows, maybe after the semi-finals and the final in Wimbledon all tennis fans will think again: How does she do it? 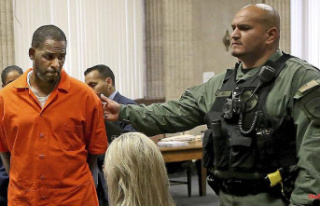 Give no more suicidal tendencies: R. Kelly is no longer...