World Cup qualifiers and European Championships at home: An exciting summer is ahead of German basketball players. 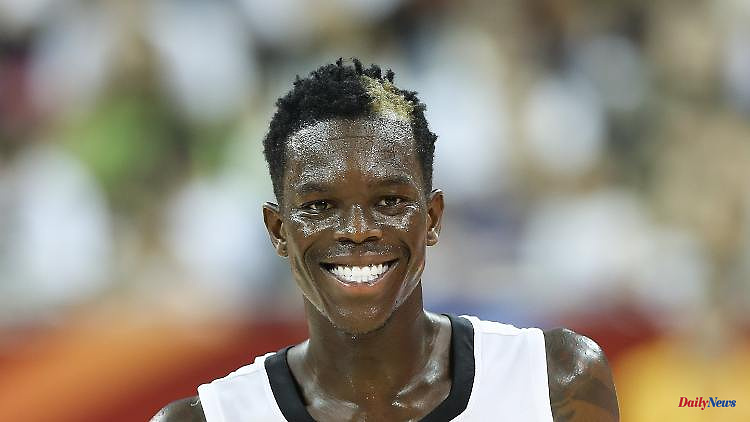 World Cup qualifiers and European Championships at home: An exciting summer is ahead of German basketball players. NBA star Schröder is back for the first time in a long time. What influence can the build-up player have under Coach Herbert? The man who has been gone for a long time is definitely already "hot".

Dennis Schröder was gone for a long time. The embarrassing 2019 World Cup was followed by two dreary basketball years - at least for the NBA star from the Houston Rockets. In 2020, the Olympic Games were postponed due to the pandemic, and in 2021 Schröder had to watch from the stands as his colleagues impressively reached the Olympic quarterfinals in Tokyo.

He himself was not allowed to play for insurance reasons. Now Schröder is coming back to the national team after a long absence and with him the big question: is the team even stronger or are the extravagant and highly talented defenders showing old solo patterns?

The World Cup qualifier on Thursday (6 p.m. / Magentasport) in Estonia shouldn't give too much information about this. Although Germany lost in November in front of their own audience without Schröder against the outsider, after the three qualifying victories afterwards, this mistake can now easily be checked off as a slip. Germany are top of the standings and are on course for the tournament, which is due to take place in Japan, Indonesia and the Philippines in the summer of 2023.

For Schröder, the game in Tallinn, which according to the German Basketball Association (DBB) will be his 50th international game, should therefore be a gallop for bigger tasks this summer. The long-awaited European Championships at home will begin in Cologne and Berlin on September 1st. The association and national coach Gordon Herbert give the goal of a medal - and the key figure will be only one, despite a strong collective, seasoned European professionals and NBA young star Franz Wagner: Schröder. "We are very pleased that he is here. He can be the difference player for us," said Herbert.

Setting the course for the World Cup, preparing for the European Championship and then the big home tournament with opponents like France or Slovenia with superstar Luka Doncic: A real high-speed summer with opportunities awaits Schröder, who has had tough NBA years with heavily criticized contract decisions to finally polish up its tarnished reputation again. "It's a new chance to make basketball even bigger in Germany. Everyone's already hot," said Schröder in general.

After 2015, the polarizing German basketball star added that "there is still an unfinished business" with the final venue Berlin, where all games of the European Championship finals will take place from the round of 16 onwards. At that time, the German team dropped out after four defeats in the preliminary round of the European Championship to say goodbye to Dirk Nowitzki.

The successful Nowitzki era is long gone, and there is no longer an outstanding figure like him. But led by Schröder, there is a class across the board that has rarely been seen before: The Wagner brothers Moritz and Franz play in the NBA, as do Maximilian Kleber and Daniel Theis, who even reached the final with the Boston Celtics. What's possible this summer? "It's difficult to set a goal, but we don't have to hide from anyone. We have a lot of quality," said Schröder.

The fact that the 28-year-old has already joined the national team is definitely a sign of their drive. Herbert, who during the NBA and Euroleague seasons with B teams had to steer through the previous qualification, is also relieved. "The window is very important for us. Many will already be thinking about the Eurobasket, but our focus is on the two qualifiers," said the 63-year-old. Two wins in Estonia and against Poland on Sunday (6 p.m.) in Bremen and it also looks excellent with the World Cup ticket for 2023.

1 "Chance for a new beginning": How to keep... 2 North Rhine-Westphalia: overdose in the corona ward:... 3 Bavaria: 73-year-old is said to have killed a woman... 4 Baden-Württemberg: 74-year-old scooter driver dies... 5 Baden-Württemberg: police operation because of threatening... 6 Saxony: World War II bombs defused in police academy 7 Hesse: puppies in a dark apartment: the regulatory... 8 Mecklenburg-Western Pomerania: Drosten reports hostilities... 9 Thuringia: Court of Auditors criticizes the examination... 10 Hesse: Kilos of drugs from the Netherlands: More than... 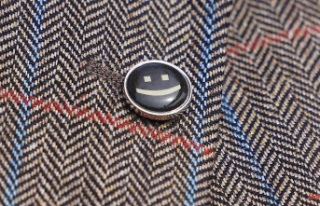