Comments on the EM final defeat: "It just hurts like a pig"

Football can be so cruel: Shortly before the end, an incredibly strong German team suffers the European Championship final defeat against England. 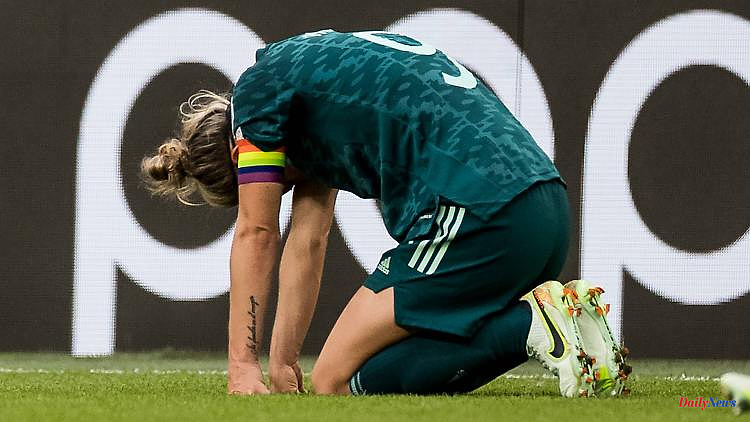 Football can be so cruel: Shortly before the end, an incredibly strong German team suffers the European Championship final defeat against England. Then Captain Popp is missed, mourned for missed opportunities, given a lot of praise - and the bitter pain expressed. The voices of the game.

Martina Voss-Tecklenburg (national coach): "We were close. But England withstood the pressure at home. Congratulations to the English. Alexandra Popp would have triggered something in the opponents with her presence. But it just didn't work. We are dead sad , that we lost. We're in a process, it wasn't quite enough. So we have to do a little bit more. We grow from games like this."

Bernd Neuendorf (DFB President): "Our team did an excellent job of representing German football at the European Championships, and the defeat in the final against the great hosts from England doesn't change that. Our players inspired the whole country, they were likeable, authentic and approachable , they exemplify real team spirit. I would like to single out our national coach Martina Voss-Tecklenburg in particular. The development of the team bears her signature."

Heike Ullrich (DFB general secretary): "It's a shame that we didn't manage to win the ninth European Championship today. Nevertheless, the team played an outstanding tournament and can be very proud of themselves. Our players, with their courageous and passionate Kind of created a huge wave of enthusiasm in Germany. Now it's important to carry that enthusiasm into the new season in the women's Bundesliga, because the league features most of our EURO heroines."

Hansi Flick (national coach): "I'm very sorry for Martina Voss-Tecklenburg and her entire team that they couldn't crown their great performance with the title. But after the first disappointment, they can look back on this tournament with pride. With what The passion and at the same time lightness, enthusiasm and team spirit the team went through this tournament inspired me. It was outstanding on and off the pitch, the players were a sworn unit and could therefore only be defeated by the hosts in the final."

Oliver Bierhoff (DFB Managing Director): "This great tournament by our team deserved winning the title as a worthy conclusion. In the DFB we have set the motto for our teams: back to the top of the world. Our team's performances in England were excellent despite the defeat in the final Great class from the first game to the end, this tournament will be a milestone in the development of women's football in Germany. This performance by our national team gives the entire DFB extra motivation with a view to the men's World Cup coming up at the end of the year."

Svenja Huth (substitute captain): "It just hurts like a bastard to leave the pitch as a loser. We gave our all for 120 minutes and didn't let ourselves be shocked by the deficit. Unfortunately, we didn't reward ourselves."

Donata Hopfen (DFL boss): "Congratulations to national coach Martina Voss-Tecklenburg and the entire team on a fantastic tournament. Number two in Europe - that's the result of great performances in the past few weeks. It was a huge pleasure to watch the games The German women have shown very impressively what is possible with passion, talent and an outstanding team spirit."

Annalena Baerbock (Foreign Minister): "You made us all very proud at this European Championship. Your disappointment may seem immeasurable at first, but you are carried by millions of new fans who you have won with your dedication and team spirit."

Olaf Scholz (Federal Chancellor): "It was a thrilling tournament and the whole of Germany is proud of this team!" 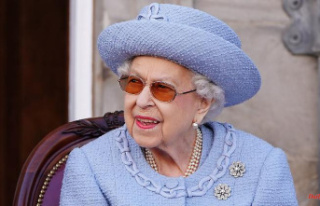 Queen congratulates on the European title: "An...