Just in time for the European Championships in Munich, the German table tennis stars are better than ever in the world rankings. 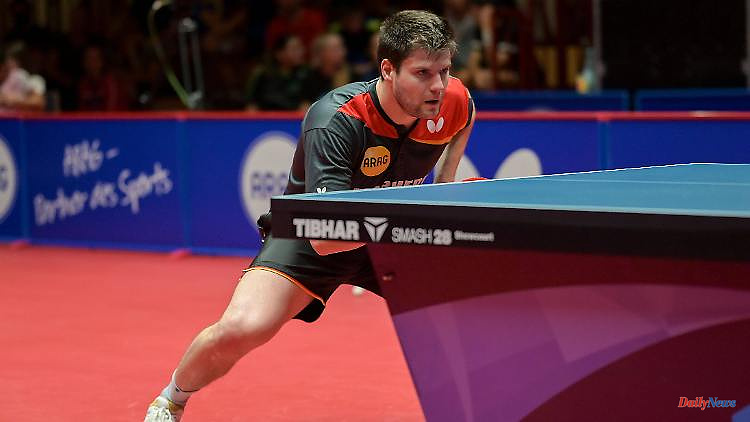 Just in time for the European Championships in Munich, the German table tennis stars are better than ever in the world rankings. Four of them are among the top 15. The only catch is that the competition hasn't been that strong for a long time.

Dimitrij Ovtcharov often thinks about the Olympics. "Sometimes," he says, "I look at games from Tokyo to motivate me to get better again." His bronze medal in singles, his epic semi-final match against the Chinese Ma Long: no other table tennis event has captivated TV viewers in Germany in recent years as Ovtcharov's appearances at the Olympic tournament last summer.

Almost exactly a year later, the Table Tennis Home Championships in Munich begin this Saturday. The German stars see this as the next opportunity to draw some attention to their sport. Record European champion Timo Boll, Olympic bronze medalist Ovtcharov, climber Dang Qiu and Ma Long conqueror Patrick Franziska: Just in time for the European Championships in their own country, four German players are among the top 15 in the world rankings for the first time. The table tennis tournament is one of the particularly prominent events of this "European Championships 2022" with European Championships in nine different sports.

For Boll and Ovtcharov, this mini Olympics is also a special challenge. In seven of the last eight European Individual Championships, either one or the other won the title. In 2021 in Warsaw both were even in the final, record title holder Boll won surprisingly clearly in 4:1 sets.

But this time not only both are handicapped because Boll is still suffering from the consequences of a broken rib and Ovtcharov was out for eight months after two ankle operations. This time the really serious competition for them is even stronger, younger and significantly larger in numbers than in previous years.

20-year-old Swede Truls Möregardh reached the World Cup final in Houston last November. The 24-year-old Slovenian Darko Jorgic from 1. FC Saarbrücken is in eighth place in the current world rankings. Nürtingen's Dang Qiu from Borussia Düsseldorf was in the top 10 for the first time after winning the international tournament in Lima. And European team champion Franziska from 1. FC Saarbrücken beat what was supposedly the best player in history in Budapest at the end of July: Olympic champion Ma Long .

"There has been a lot of movement in the last twelve months, we have had strong challengers," said German sports director Richard Prause. "For years it was said in Europe: There are the Germans and a few Swedes - but what happens then? Now the level in Europe has improved a lot overall. And we as the German team were something of a pioneer."

At major tournaments, the Germans still have an enormous lead in terms of experience over the young Swedes or the even younger brothers Alexis and Felix Lebrun from France. "We are happy that we still have one generation and the next already," Prause told the Süddeutsche Zeitung. "Perhaps the pressure in Munich will increase a little more at a home European Championship. But we have set ourselves the goal of coming home with medals and, if things go particularly well, with titles."

Despite his long break, Ovtcharov does not exclude himself. He lacks competition practice, even after his comeback in June an infection threw him back. But the 33-year-old won an internal preparatory tournament last week and now says: "I don't have the feeling again: no matter how the match goes, I'll rock it home. But the longer I'm at the EM in tournament, the more dangerous I become."

1 "Rethink and question": What is actually... 2 Kim Bui stops after the EM: German "Queen Mum"... 3 Tough controls in Wolfsburg: Pistorius wants to clarify... 4 Opening game on Totensonntag: The 2022 World Cup in... 5 100 years after the Nazi games: IOC boss Bach dreams... 6 Before the funeral service for "us" Uwe:... 7 AS Monaco misses the premier class: Schmidt is between... 8 World star Kroos is only outside: "Querpass-Toni"... 9 After fish deaths in the Oder: Poland is offering... 10 Ground extremely dry: fire brigade fights against... 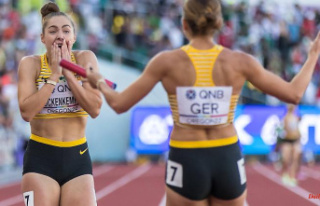 "Rethink and question": What is actually...