DFB President Bernd Neuendorf has been in office for 100 days, the sports official has to bring peace back to the world's largest professional association after turbulent times. 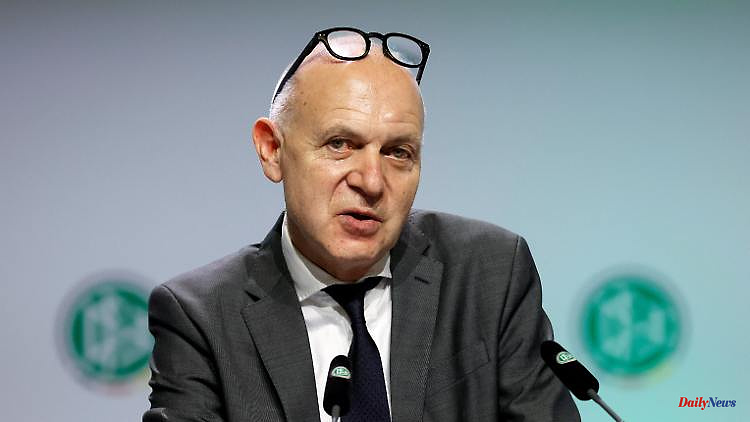 DFB President Bernd Neuendorf has been in office for 100 days, the sports official has to bring peace back to the world's largest professional association after turbulent times. Just one of several sports policy challenges that the coming months will bring.

DFB President Bernd Neuendorf has sharply condemned the plans for a European Super League. "Sport has to make it clear - this topic cannot be overestimated - that it wants to serve the common good and not the interests of a few. The Super League plans are a frontal attack on the European sports model," Neuendorf said in a digital media round.

The dispute over the founding of the Super League will be brought before the European Court of Justice (ECJ) in mid-July. Oral hearings are scheduled for July 11 and 12 at the highest European court in Luxembourg. The lawsuit was filed by the European Superleague Company in a court in Madrid, which in turn appealed to the ECJ. "The federal government plans to be represented at the event. I am grateful to Nancy Faeser that the Ministry of Sports is taking a clear position here," explained Neuendorf.

The 60-year-old emphasized the importance of current European football competitions. "Very few know that the income from the big competitions also contributes significantly to the financing of mass sport. A Superliga would serve less. That can't be in the interest of our sport," said Neuendorf.

Neuendorf cannot share FIFA boss Gianni Infantino's Qatar euphoria a few months before the World Cup. "First of all, I'm basically looking forward to the World Cup in terms of sport. The whole circumstances are such that they are certainly questionable. It's an event where you say whether it will be the biggest and greatest event of all time - there I would put a question mark after it," said Neuendorf.

FIFA President Infantino always speaks in superlatives about the tournament, which will take place in Qatar from 21 November to 18 December. "It will be the best World Cup ever and it will unite the Arab world," Infantino predicted recently. Neuendorf did not want to allow himself a judgment on the controversial FIFA boss. "I've noticed that Infantino has been criticized in one place or another. He's controversial in parts. It's important to talk to him personally," said the DFB official.

Personally, Neuendorf drew a positive interim conclusion after a good three months in office. "What has been achieved in the 100 days is that there is a certain stability in the association. This has returned to the association. Stability is urgently needed in view of the tasks. I am expressly talking about stability and not about calm. I want it more productive unrest in the association," said the fifth DFB president, who has held the office since 2004 - not including the provisional incumbents.

The 60-year-old prevailed against Peter Peters in an election at the Bundestag in Bonn on March 11. Since then, the relationship with the German Football League (DFL) has also relaxed. "I have a very good relationship with both Donata Hopfen and Aki Watzke. We exchange ideas regularly, which is really, really pleasant," said Neuendorf. The relationship with politics and the German Olympic Sports Confederation (DOSB) has also improved since then. "We no longer want to be the ones being driven, but rather a driving force. We must no longer focus so much on ourselves," Neuendorf demanded for the task in the near future.

1 Praise from Ferrari and Mercedes: Schumacher celebrates... 2 Trial for fraud: Platini sees conspiracy in favor... 3 Press comments on the "Leclerc show": "A... 4 Fitzpatrick wins a golf thriller: A perfect shot at... 5 World Cup hero back in the Bundesliga: With Götze,... 6 Four titles and too many records: How Steph Curry... 7 Lessons from Formula 1 in Canada: For Schumacher,... 8 Mercedes hops far ahead: Verstappen fends off Ferrari's... 9 From seventh place to the emergency exit: Schumacher's... 10 Deliberately ignorant of racism?: Mbappé makes serious... 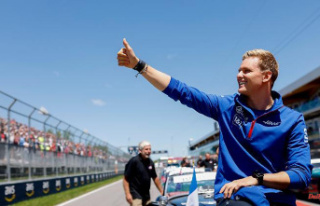