The evening games at the French Open have many critics. 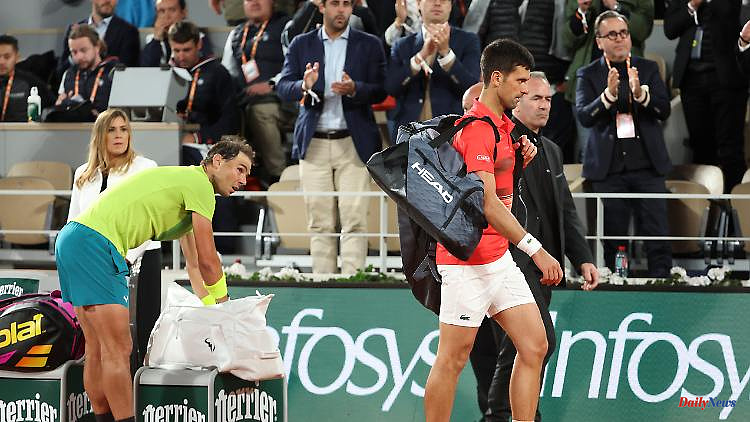 The evening games at the French Open have many critics. Top stars like Novak Djokovic are furious because of the late start in Paris. But the tournament director makes it clear: the night sessions remain. Also because the TV contracts do not allow anything else.

Rafael Nadal and Novak Djokovic agreed on one thing after their spectacular quarter-final cracker at the French Open: The tennis stars' game, which was eagerly awaited, should have started earlier on Tuesday. "I think they start too late," Djokovic said early Wednesday morning after losing to his big rival. The duel with Nadal only started around 9 p.m. on Tuesday evening and ended at 1.15 a.m. on Wednesday. "But the TV stations decide when to play. They give the money, they decide who plays in the night session. That's the world we live in," said the 35-year-old Serb.

Nadal agreed with him. The start at 9 p.m. was "without a doubt" too late, said the 13-time Paris champion. He doesn't want to complain because he now has two days off until his semi-final against Alexander Zverev on Friday. And he also understands the needs of the TV stations. "TV stations pay a lot of money to have these late games. That's how the tournament makes money and that's how the players make money," Nadal said. But you have to find a "reasonable balance" between all interests in the future, said the Mallorquin. The 35-year-old decided that starting at 9 p.m. was simply too late for a best-of-five match on sand.

Tournament director Amelie Mauresmo announced that the issue would be analyzed in detail after this year's tournament. However, despite all the criticism, the former world-class player made it clear that there would also be evening games at the French Open in the future. "The night sessions will remain," said Mauresmo at a press conference in the Stade Roland Garros. However, one will take a close look at whether the start of the games could not be brought forward in the future.

In addition, a solution had to be found for the departure of the visitors. After the match between Nadal and Djokovic, numerous spectators and journalists had problems getting to their accommodation because there was little public transport at that late hour. "It will be a priority to solve this core problem," said Mauresmo.

The reason for the night sessions, which has been criticized in this way, can be found in a contract between the French Tennis Federation (FTT) and the streaming provider Amazon. This guarantees the provider ten evening games per tournament for the French market. The FTT can thus move a little closer to the approximately 70 million euros that the Grand Slam tournaments in Wimbledon and New York at the U.S. Generate Open annually through TV revenue. Before the deal, which will run from 2021 to 2023, was completed, FFT only generated revenues of 24 million euros. 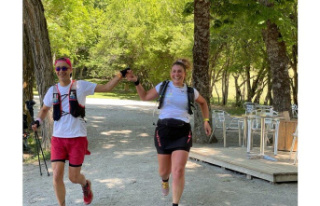 Baden-Württemberg: A medical mask is sufficient for...