Controversial term before Aus: Bierhoff is also slowly having doubts about the slogan "The Team"

The slogan "The Team" is introduced after winning the 2014 World Cup. 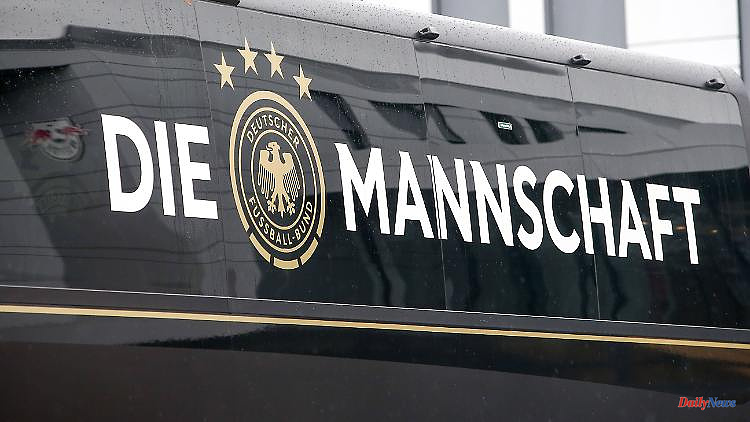 The slogan "The Team" is introduced after winning the 2014 World Cup. He should bring even more attention to the national team internationally. Then not only a sporting descent begins, but also a controversial discussion about the term. Now everyone is turning away.

In the debate about the controversial term "The Team" for the German football selection, DFB director Oliver Bierhoff has shown himself open to a critical discussion. In an interview with the news magazine "Der Spiegel", Bierhoff indicated that he would also accept a waiver of the term should the leadership of the German Football Association decide to do so.

The 1996 European champion pointed out that the majority of fans would have a positive attitude towards the label, "especially young football fans", as market research had shown. "But if the DFB Presidium decides otherwise despite factual arguments, I can live with that," said Bierhoff.

"The term 'The Team' is polarizing, I know that. But there must be factual reasons to abolish it, not just emotional ones," explained the 54-year-old. The term has been analyzed and will be done again. "If there are good arguments against it, we will not ignore them," said Bierhoff.

Borussia Dortmund's managing director Hans-Joachim Watzke had spoken out in favor of abolishing the designation. "This term is too aloof for me," Watzke told the "Spiegel" in January. Watzke is Chairman of the Supervisory Board of the German Football League and is therefore also a member of the DFB Executive Committee.

Record international player Lothar Matthäus also advocated abolition. The 61-year-old told "Bild" that "The Team" normally stands for a unit. "Germany was recently neither on the field with the disappointing tournament performances, nor in the association. New paths are now being taken at all levels. That's why it would be good to invent a new name, to bring in freshness."

Supplier Adidas does not insist on the name either and could imagine the jerseys for the 2022 World Cup in Qatar without the corresponding lettering on the collar. "We are in regular contact with the DFB with regard to minor changes. We assume that we will present our products as planned," said a company spokesman in the "Bild".

1 Pseudo-prince for Til's daughter: Luna Schweiger... 2 Having fun in the water: What you need to know for... 3 Please stop: The dos and don'ts on the e-scooter 4 Hesse: Further charges against suspected dealers from... 5 Drome. Autogrill workers on strike to demand a raise... 6 Thuringia: Ramelow supports Bremen with tax on special... 7 Confusion about car insurance: Normal policies are... 8 Hesse: HSG Wetzlar extends with pivot Nyfjäll until... 9 Never refer to it as Turkey again: Why Erdogan changed... 10 Fact check on environmental pollution: Are gas grills... 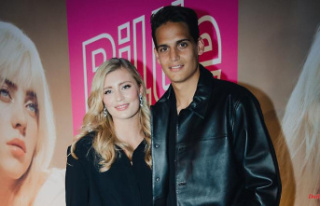