Corona shock for the DFB team: next setback for captain Popp

Alexandra Popp is one of the most famous faces in German women's football. 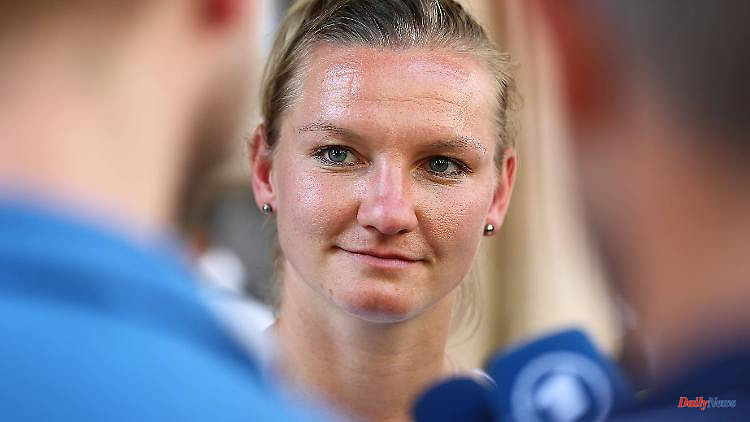 Alexandra Popp is one of the most famous faces in German women's football. Now the woman from Wolfsburg, who has had a difficult time anyway, is out of preparation for the European Championship. However, your positive corona test does not cause panic within the team.

Ironically, captain Alexandra Popp caught it in the EM training camp of the German soccer players with Corona. A test of the 31-year-old offensive player in Herzogenaurach was positive after she felt slight symptoms. As the German Football Association announced, she had tested negative at the beginning of her stay. After a protracted knee injury, Popp only made her comeback in the DFB shirt against Portugal in April. The 2016 Olympic champion is hoping for her first European Championship participation after missing out injured in 2013 and 2017.

Popp was immediately isolated. According to the association, the following tests of the entire squad and staff were negative. "We didn't panic too much. We have been tested and we comply with the hygiene regulations," said her teammate and club colleague Svenja Huth at a DFB press conference. "Unfortunately that's how it is in times of Corona. Of course that's stupid and a shame for Poppi. As far as I've heard, she's doing well under the circumstances."

Popp had done a lot in the past few months to get himself back into top form. With Wolfsburg, she celebrated triumphs in the championship and in the DFB Cup and was the only VfL player to attend the so-called pre-camp of the national team in Frankfurt instead of going on vacation. National coach Martina Voss-Tecklenburg had announced that she sees the versatile Popp as a striker at the European Championship. The 113-time national player is the most experienced in the team.

The final squad for the tournament in England (July 6-31) will be announced on Saturday. Voss-Tecklenburg and the DFB had unsuccessfully campaigned for UEFA to allow the squad to include more than 23 players due to the risk of corona cases. On Tuesday, the selection for final preparation meets again in Herzogenaurach. On June 24 (5:00 p.m./ZDF), the record European champions will play their only test international match before the European Championships in Erfurt against Switzerland. 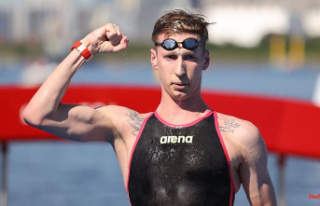