The women's European Football Championship is just around the corner - and the DFB team is extremely ready for the tournament. 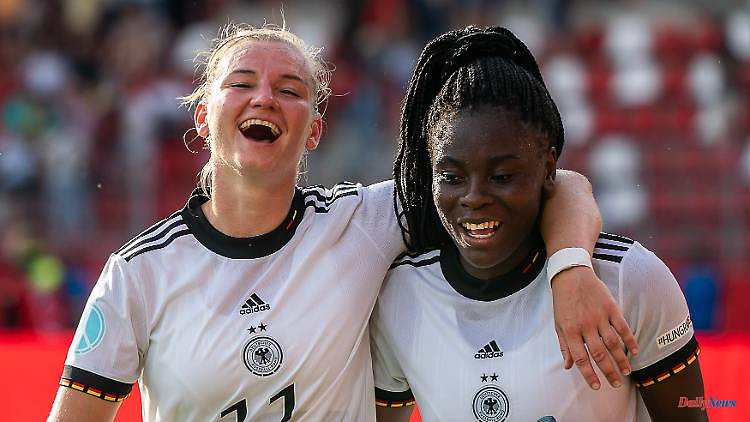 The women's European Football Championship is just around the corner - and the DFB team is extremely ready for the tournament. The dress rehearsal went well, we are very happy, the title is a dream and a goal.

The German soccer women would have preferred to have jetted off to England for the final round right after the convincing dress rehearsal for the European Championship. The 7-0 (2-0) win against Switzerland in the final endurance test on Friday increased the anticipation in the DFB team for the tournament from July 6th to 31st enormously. "It gives us momentum and makes us want more," said triple goal scorer Klara Bühl. "Good performance, nice goals, lots of energy," said national coach Martina Voss-Tecklenburg, summing up the 90 minutes in Erfurt. "What distinguishes the team is its freshness. The players feel good and are doing well."

The DFB women still have to be patient a little longer. First of all, fine-tuning will continue until Wednesday in the preparatory camp in Herzogenaurach. "We're not quite finished yet. We'll discuss with the players what they still want to work on. In any case, it's also going to the weight room," announced Voss-Tecklenburg.

After that, the EM riders are allowed to go home for another three days. "And then next Sunday we'll be very happy to get on the plane to England," said the national coach and expressed her wish: "Hopefully we'll take a lot of the good things we've seen to the European Championship."

There, the German team meets Denmark, Spain and Finland in the preliminary round. "The game against Denmark will be the key for the tournament," predicted Voss-Tecklenburg. Then it will also depend on the defensive, which was hardly required against Switzerland. "There will also be one or two training priorities," said the 54-year-old.

In the end, it's all about nuances. "The repertoire that we have developed as a team is relatively large. We know how we want to act with, without and against the ball," said Voss-Tecklenburg, adding: "We have a very balanced squad and are well positioned for the finals."

The appearance at the peat festival against Switzerland reinforced the good training impressions. "The team has shown the qualities and potential it has. We're on the right track. If we continue, I'm not worried that we'll play a great tournament," said Bühl, adding with relief: "I'm happy me if I can help the team like that. And of course it's good for me too and gives me confidence."

The 21-year-old offensive player from FC Bayern Munich stood out a little with three goals from a closed team - and received extra praise from the national coach. "She has matured and now wants to take on more responsibility. She does that on and off the pitch," said Voss-Tecklenburg. "She has worked a lot on herself, feels good, healthy and stable."

That applies to the entire 23-man squad, in which captain Alexandra Popp (VfL Wolfsburg) and Sara Däbritz are the most experienced players. For the midfielder from Champions League winner Olympique Lyon, one thing is certain: "After this game we can go to England with a lot of confidence. We count ourselves among the favorites - and our dream is to play for the title and win it. " 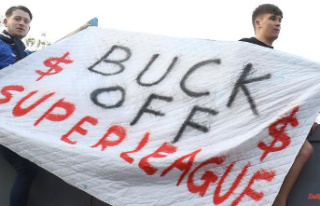