The biggest show in the cycling world starts on Friday. 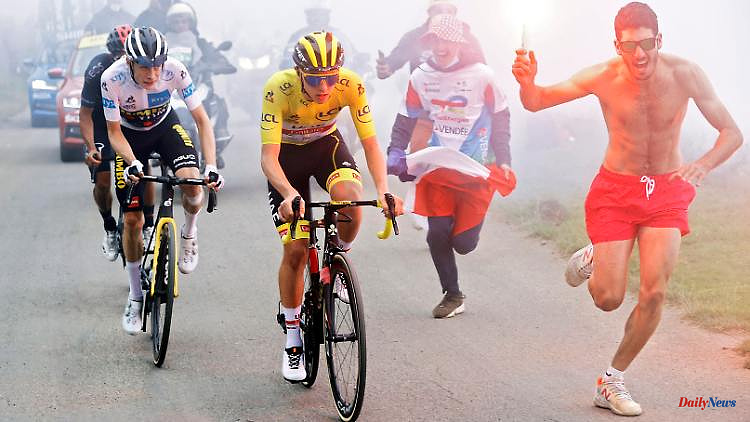 The biggest show in the cycling world starts on Friday. The Tour de France starts in Copenhagen. Once the field rolls, Tour dominator Pogacar hardly has to fear his opponents. But other factors threaten his dream of a three-peat win in a row.

At just 23 years old, Tadej Pogacar has done what only the most influential riders can: to amaze and divide the cycling world. Some, like ex-star Alberto Contador, simply consider him a "child prodigy", others are critical of "Pogacarmstrong's" dominance. But everyone agrees on one thing: Normally, Pogacar will be hard to beat at the Tour de France, which begins in Copenhagen on Friday.

"I wouldn't say I'm unbeatable," said the 2020 and 2021 Tour champion: "The expectations of me are increasing, and I also expect to continue to develop at the current pace. But at some point the development will be likely stop - and I have to be prepared for that."

The previous year's version of Pogacars would be enough to write history again on the almost 3500 kilometers between the Danish and French capitals: two years ago, the exceptional talent from Oberkrain became the second youngest tour winner in history, last year the youngest double champion - well the "Threepeat" beckons.

The Tour's record winners (five titles each) celebrated their first Tour win at an age - Jacques Anquetil and Bernard Hinault at 23, Eddy Merckx at 24, Miguel Indurain at 27 - when Pogacar had long been a two-time champion. "Pogi" could set new standards. "He's a cycling prodigy," says the Spaniard Contador, 24 years old when he won his first Tour in 2007. He sees Pogacar's greatest strength in the psyche: "He doesn't seem to mind the huge tour stress - as if this were the most normal thing in the world."

Can Pogacar even be beaten? Hardly, says his German UAE teammate Pascal Ackermann. "Tadej is extremely strong again," says the sprinter, who was not called up for the France round, at radsportnews.com. Ackermann last drove the Tour of Slovenia with Pogacar, where he reported back as the superior winner after two months of training.

On the other hand, his toughest opponent pleads for "defeatable". "We believe we can beat him," said Primoz Roglic on Wednesday. In 2020 he lost the tour on the penultimate day against his compatriot who was nine years his junior. Now the Jumbo Visma captain wants to crack him with what is probably the strongest team in the field and alongside Jonas Vingegaard, who was second in the previous year from Denmark: "We have enough quality."

But how can Pogacar be beaten? Weaknesses - so far none. There are still two tricky issues: The cobblestone stage next Wednesday in northern France is uncomfortable for Pogacar due to a lack of relevant experience, and he also has to somehow get past the invisible opponent Corona.

"Of course something can go wrong, but that's okay," said Pogacar: "Even if I fail - I'm certainly not going to be fired." However, other external influences seem to ricochet off him. Questions about doping, which inevitably arise regularly in view of his youthful dominance and above all because of people of bad repute in his environment (UAE team boss Mauro Gianetti, doctor and training planner Inigo Millan), he calmly moderates. "It is clear that uncomfortable issues arise because there is a dark past in this sport," he said with a shrug. 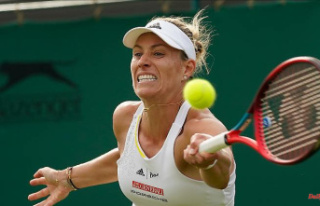 Niemeier-Hammer in Wimbledon: Kerber impresses with...