Crazy goal spectacle in Sandhausen: Overwhelmed HSV missed the lead in the table

Hamburger SV cannot cope with the high pressure from Greuther Fürth and has to accept a setback in the promotion race. 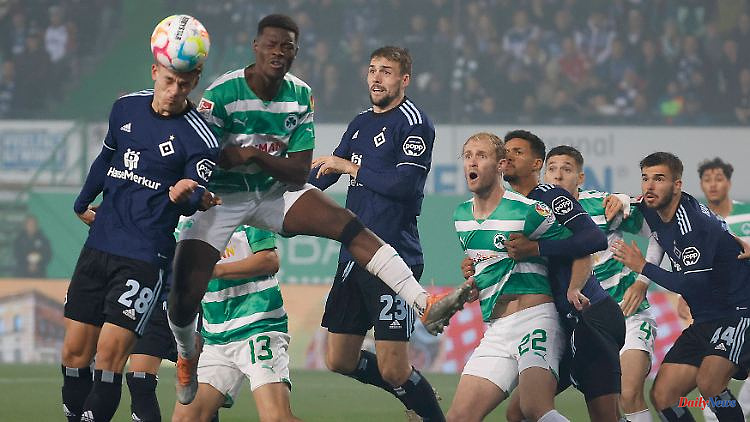 Hamburger SV cannot cope with the high pressure from Greuther Fürth and has to accept a setback in the promotion race. Heidenheim wins a wild game in Sandhausen, Hansa Rostock gives his new coach a late point, while Nuremberg fails to win again.

Hamburger SV has failed in the promotion race of the 2nd Bundesliga after two wins and missed their chance to jump to the top of the table. At SpVgg Greuther Fürth, the mostly harmless team of coach Tim Walter lost 0:1 (0:1), but remains second behind Darmstadt 98.

Armindo Sieb (8th) scored for Fürth, who got the third three in the third game under the new head coach Alexander Zorniger and climbed up in midfield - thanks to the first win against Hamburger since 1964. HSV had with the high pressing of Fürth Huge problems, came under pressure straight away and fell behind early. Sieb, the Franks' winning goalscorer in Braunschweig, scored after a cross from the right.

Hamburg got the opportunity to reply, but Sonny Kittel failed from a tight angle at Fürth goalkeeper Andreas Linde (18th). A goal by Robert Glatzel, scored by the increasingly strong guests, was ruled out for offside (25'). The North Germans kept the pressure on, but in front of 13,266 spectators, they didn't initially have any great chances to score. Sieb could have increased after the break, but HSV keeper Daniel Heuer Fernandez was there twice (55th/63rd). Hamburg made an effort, but lacked precision. Fürth was hardly in trouble, not even after the red card against Timothy Tillman (88th).

The SVS started boldly against the favorite and hit the post through Kinsombi in the 17th minute. The guests then fought their way into the game and converted a standard situation into the lead. SVS goalkeeper Patrick Drewes acted indecisively at the corner from Jan-Niklas Beste after a good half hour, Siersleben only had to head in at the far post. Heidenheim followed suit. Kleindienst failed in the 41st minute with two attempts to finish, the ball flew at his foot a third time - and the scorer converted to his seventh goal of the season. After the change of sides, things went back and forth unexpectedly, with FCH raising tension again.

Hansa Rostock's new trainer Patrick Glöckner was lucky enough to make a moderate debut. Two days after the commitment of the second division novices as the successor to the dismissed promotion coach Jens Härtel, the Kogge remained 1-1 (0-1) against old champions 1. FC Nürnberg in their fourth home game without a win and missed the chance for a larger lead on the danger zone. The club meanwhile, after their fourth game in a row without a sense of achievement at the weekend, is going into the first half of the final from a relegation zone.

Fabian Nürnberger gave the guests the lead after just five minutes. Substitute joker Nils Fröling (90.1) saved Glöckner from a complete false start to his engagement at Hansa with the late equalizer for the hosts. Rostock started with commitment and also created a chance early on. However, Svante Ingelsson found his master in guest goalkeeper Christina Mathenia (3rd). Almost in direct return, Nürnberger hits the home of the hosts to lead the team of FCN coach Markus Weinzierl with the first shot of the Franks. Hansa then tried to equalize, but didn't get any more significant scoring chances until the break.

In the second period, the hosts increased the pressure. However, Glöckner's players failed several times again due to Mathenia, who initially prevented the North Germans from equalizing. However, Fröling rewarded the hosts for their persistent efforts to get a point.

Jahn Regensburg and Eintracht Braunschweig are on the spot. For the hosts, the 1-1 (1-1) between the two teams after the last two defeats was a point win again, and Eintracht remained unbeaten in their fifth away game in a row.

Regensburg took an early lead through Charalambos Makridis (11th), but only three minutes later Lion Lauberbach (14th) made it 1-1. Der Jahn had more of the game as a result, but an alleged goal by captain Andreas Albers was canceled after video evidence for an offside position. Braunschweig had to do without Nathan de Medina in Regensburg. The defender broke his right middle hand in the home game against SpVgg Greuther Fürth (0:1). This was revealed by an MRI scan on Wednesday. De Medina is expected to be out for four weeks. 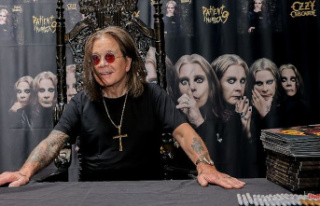